The letter urges Buddhists across America to “express your commitment and respect for the innate dignity and worth of all” by voting in the midterm elections on November 6. 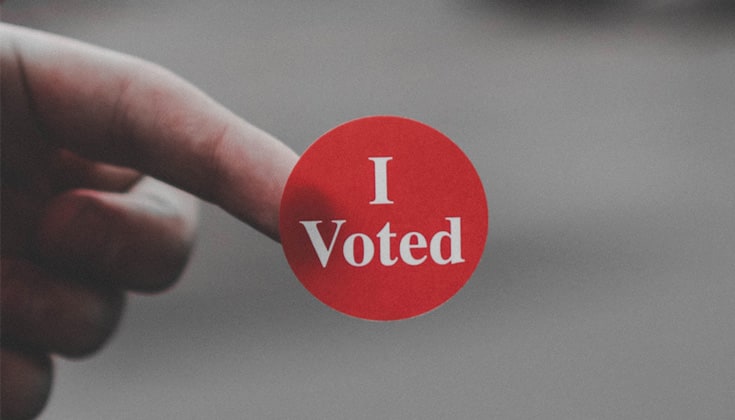 Nearly 130 Buddhists teachers and leaders have signed an open letter to Buddhists across America in an effort to increase voter turnout at polling stations this election season.

The effort, Mindful Vote, was created by Buddhist leaders in partnership with Faith In Action, a nonpartisan faith-based group focused on community organizing for social change. The letter aims to reach thousands of Buddhists and inspire them to register to vote and engage their communities to do the same in time for the upcoming midterms elections on November 6.

Read the letter in full below:

Dear Friends in the Dharma,

This is a critical time in American society. As Buddhist teachers and leaders we recognize the importance of all who are eligible to participate in decisions that affect the well being of the whole. A mutual caring community is one of the central teachings of the Buddha.

Many have wondered what you can do at this divisive time. Across the country, tens of millions of eligible voters do not cast their vote – often because they don’t believe their voice matters!

We are joining together with Faith In Action, a NON PARTISAN group of churches, mosques, synagogues and faith communities to help make sure all who are eligible are supported to vote.

We joyfully encourage all in our communities who can help in these weeks ahead to connect with Faith in Action by clicking this LINK. There you will find support and training so that in your area you can help get people out to vote.

Express your commitment and respect for the innate dignity and worth of all. Help to empower the voice of the whole community as a truly important contribution.

You can really make a difference! Please join us.

With loving kindness, compassion and blessings,

Yours in the Dharma,