Lion’s Roar Associate Editor Pamela Ayo Yetunde reflects on the recent shooting at a gay nightclub in Colorado Springs that killed five people and injured 25 others, sharing how Buddhists can work to create a community of refuge for LGBTQ+ people. 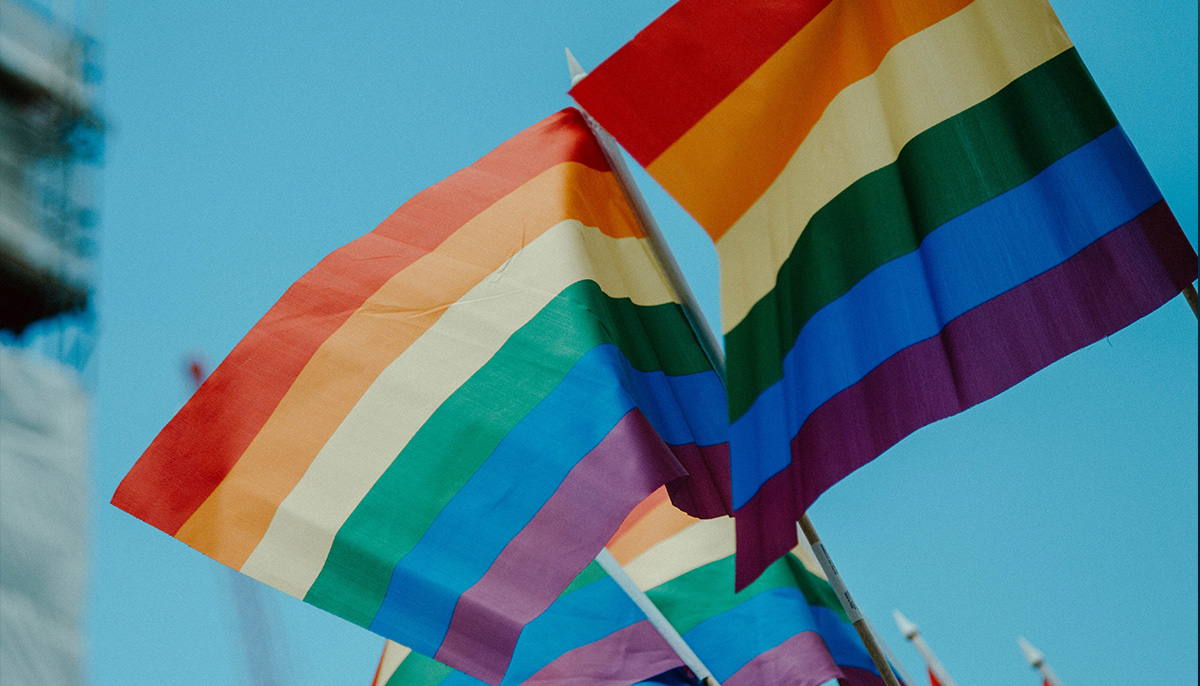 If you’re a Buddhist practitioner (learning to accept reality as it is) and live in the United States of America (a country still surviving a right-wing coup attempt with election deniers gaining ground), then you’re probably aware that many democratically-elected officials (maybe even yours) and U.S. citizens (maybe even you), vehemently privilege an abstracted reading of the Second Amendment over the kind of gun control that had the potential for preventing the shooting at the gay club, Club Q, on November 21, 2022, which killed five people and injured 25 others.  This abstracted reading and distorted understanding of the Second Amendment is powerfully buttressed by the powerful National Rifle Association (NRA), a lobby organization advocating a strict reading and distorted interpretation of a portion of the amendment which reads:

A well regulated Militia, being necessary to the security of a free State, the right of the people to keep and bear Arms, shall not be infringed.

What shall not be infringed?  Constitutional Law exists to promote rights, Tort Law exists to compensate the injured, and Criminal Law exists to prevent infringement on rights and hold others accountable for those infringements.  No one has unfettered rights to act upon others in any way they choose.  No one is above the law.  The abstracted reading and interpretation of the Second Amendment, combined with the NRA’s lobby power, contributes to the precarious and heartbreaking fact that protecting the Second Amendment, even protecting it violently, is more important to states’ — not real people’s — rights than protecting us, our children’s, our fetuses’, our parents’, and our grandparents’ lives.  In short, individuals are supporting states’ rights over individual rights because it allows us to have rapid-fire machine guns that fire bullets that explode like miniature bombs within our bodies.  The “shall not be infringed” allegiance is deafening us to the cries for gun reform and blinding us to the wars we are waging on each other under the guise of patriotism.   What can Buddhists do about this hell realm we’re living in?  We can offer Right Speech about compassionate Right Action towards the LGBTQ+ populations in the public square and improve our “group pastoral care” in the context of sangha.  We can only make these improvements if we move past our collective aversion towards parental attachment (sometimes described as clinging and craving) and move towards a posture of sibling bonding, or a kalyana mitta that goes beyond the notion of friendship and towards an informal adoption.

As Buddhist practitioners committed to the end of suffering through skillful means, let’s create refuge as we also closely examine the overt and subtle ways we admonish attachment.

In some Buddhisms, we hold the story of Siddhartha Gautama — who abandoned his son in his quest for truth — as an inspirational story.  As an adoptive mother, I find this this part of the story underwhelming and troubling.  It is said that his son’s name, Rahula, means “fetter.”  Fetter, in Buddhism means an obstacle that prevents spiritual attainments.  Can you imagine giving your child a name that means “handicap” or “obstruction” or “encumbrance?” What if you were given a name that means “monkey wrench” or “interference” or “crimp in my style?”  Problematic?  The attitude that a child is a fetter is a set up for a reactive attachment style that makes people terrified to be close to another.  Many homophobic parents view their queer children as fetters and abuse and abandon them in many ways, including in the name of God, for their own salvific purposes.  These children of homophobic parents often feel like the motherless child in the song “Sometimes I Feel Like a Motherless Child” first sung by the Fisk Jubilee Singers at the Historically Black University and College Fisk University in the 1870s.  Here are some of the lyrics:

I know this feeling all too well.  When my mother broke ties with me after I came out, I was unmoored.  I received threats of violence from a few of my relatives.  I only knew of one person I could completely bear my soul to, and it was my mother’s adoptive mother, Clara Arbella Hall Bailey Norwood. I remain thankful for the bond we had and the bond I still have with her memory.  Can Buddhist sanghas adopt an ethos of sibling bonding as kalyana mitta while still being cautious about becoming overly attached?  I hope so.  Here’s a way to begin.

Imagine the U.S. is the mothership and the citizens her children.  When rights are conferred, then reversed, then conferred again, and so on, you know the feeling of being constantly threatened with disenfranchisement – a form of civic abandonment.  Even now, the country poses a variety of threats to LGBTQ+ citizens.  U.S. Supreme Court Justice Clarence Thomas recently hinted that the Court should revisit its marriage equality decision.  The perceived fetter-quality of LGBTQ+ people is complicating, for some Christians, even the second coming of Christ. Therefore, LGBTQ+ people become the ultimate scapegoats and must be sacrificed.  Buddhists willing to engage in the marketplace of ideas in the public square would do well to hone their skills in Buddhist-Christian dialogue.  Perhaps a question like, “Why do people interpret the Sodom and Gomorrah story against LGBTQ+ people, but don’t address that the rapes in the story are committed by women on their father?”  In the interest of protecting all of us, we need to have these difficult conversations, constitutional and theological.

These theological abstractions are deeply embedded in our culture and explains in part why the previous administration targeted the trans citizens from the start.  Doesn’t this explain, in part, why Georgia’s U.S. Senate hopeful is desperately appealing to anti-trans supporters to push him over the run-off finish line?  Where do we find refuge?  Bars are one place.  Sanghas are too.  How do sanghas better prepare themselves to receive these “fetters” of society through sibling bonding?

If you’ve ever been to a major gay pride parade, then you’ve probably heard, even sung the song by Sister Sledge “We Are Family,” first an R&B hit in 1979, now a gay-rights anthem adopted by the LGBTQ+ community.  Here are some of the lyrics:

We are family
I got all my sisters with me…

Have faith in you and the things you do
You won’t go wrong, oh no
This is our family jewel…

We are family
Get up everybody and sing

Through family, through adoptive sibling bonding and kalyana mitta, we can share in the world’s delights and cultivate hope for a future worth living.  It is this getting up to sing about our sibling belonging to one another, even after people have been shot dead and physically and emotionally injured, that reminds me of the purpose of the second line jazz procession in a New Orleans funeral.  Despite the prevailing Second Amendment and theological ignorance, violence, and mayhem, we can proceed with grief and with joy, like the Eight Vicissitudes teachings remind us.  As poet Maya Angelou put in her poem “Still I Rise,”:

You may kill me with your hatefulness,
But still, like air, I’ll rise.

Like air — an elemental part of us — we rise.  We rose in 1969 during the Stonewall riots in the Greenwich Village neighborhood of New York City.  We rose in 1973 when the American Psychiatric Association reversed its classification of “homosexuality” as a psychiatric disorder.  We rose in 1987 when the AIDS Coalition to Unleash  Power (ACT UP) was founded to end the AIDS pandemic fueled by homophobia.  We rose in  2003 in the Lawrence v. Texas case when the U.S. Supreme Court overturned the 1986 Bowers v. Hardwick case (stating that same sex couples had no right to privacy in their intimate affairs).  Former mayor Pete Buttigieg rose when he ran for U.S. president.  I mention all of these risings — and there are many more that also intersect with other self-determining groups — not because this is the best time to be reminded how we overcame adversity, but so the LGBTQ+ community can remember the many ways it has crafted many second line processions.  We mourn those who have been killed, and we practice compassion with those injured.  Let’s rise and pay attention to what is causing the increase in violence.  Let’s find our ways towards disrupting destruction.  Let’s become engaged in dialogue about our rights and embedded theologies that justify murder. As Buddhist practitioners committed to the end of suffering through skillful means, let’s create refuge as we also closely examine the overt and subtle ways we admonish attachment and thus overlook the possibility of intentional bonding.

Let’s proclaim that no person is a fetter simply because they are a person.  Let’s deepen our empathetic capabilities and lean towards connection, for we are family irrespective of sexuality, identity, or expression.  Family, for all its complicating factors, is probably the greatest motivation for protecting one another.  Let’s grieve, then get our second line together as we rise like the elements we are, with a hope-filled strategy to move forward towards adopting each other as kalyana mitta kin.