When we recite the names of historical teachers and remember their stories, we find role models for our lives and practice. Bhikshuni Heng Yi on five inspiring Chan ancestors. 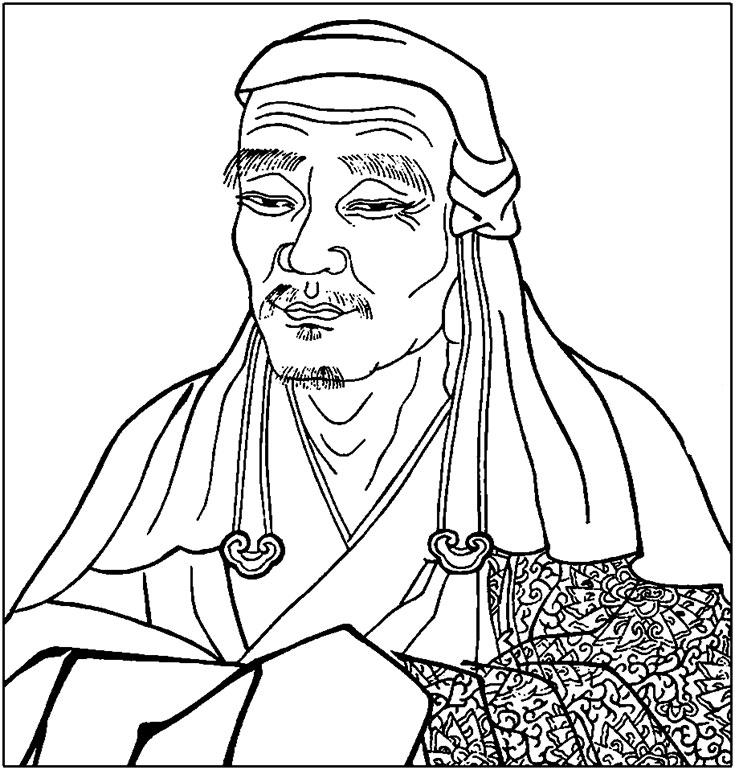 A semi-legendary figure, Bodhidharma is credited as the first Chan patriarch who brought Buddhism to China in the fifth or sixth century. He’s commonly depicted as a profusely bearded man of South or Central Asian origin, wrapped in a robe, and sitting in meditation.

Seeking praise and recognition, Emperor Wu of Liang once famously asked Bodhidharma how much karmic merit he’d gained for building monasteries, printing sutras, and commissioning Buddha images. Bodhidharma answered that the emperor’s good deeds had earned him no merit at all. This upset the emperor.

Bodhidharma meditated facing a cave wall for nine years. Finally, the seeker Shenguang came and insisted on receiving teachings, but Bodhidharma ignored him until he cut off his own left arm as proof of his sincerity. Bodhidharma then transmitted the teachings to Shenguang, who took the name Huike and eventually became the second Chan patriarch, thus establishing Chan in China.

Dajian Huineng is a central figure in the history of Chan and the founder of the Southern school of Chan Buddhism, which focuses on “sudden enlightenment,” immediate and direct realization. 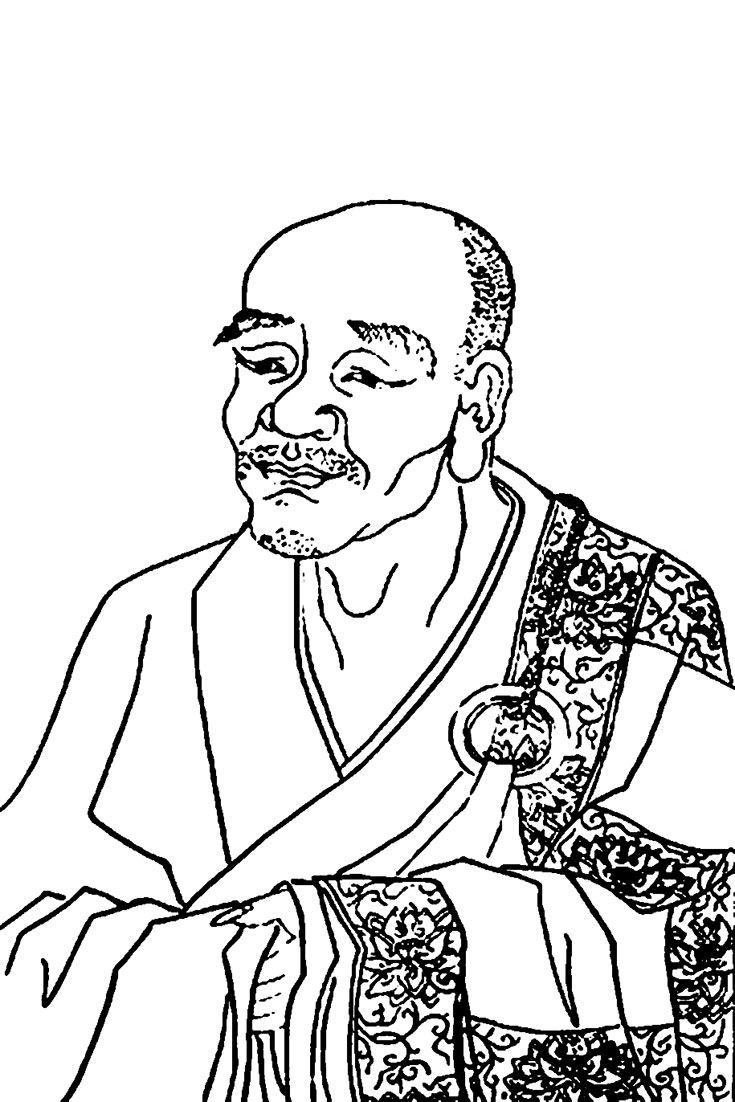 Huineng was born in 638 CE, during the Tang dynasty of China. As a twenty-four-old unlearned layperson, he heard verses from the Diamond Sutra and suddenly experienced a spiritual awakening. The fifth Chan patriarch was impressed with Huineng’s understanding of the universal presence of buddhanature and entrusted him with the patriarch’s robe and bowl, making Huineng the sixth Chan patriarch.

The Platform Sutra of the Sixth Patriarch, a collection of teachings and stories ascribed to Huineng, expounds the practice of “no-thought,” the direct perception of one’s true nature, and the nature of enlightenment.

Miaozong was the granddaughter of prime minister Su Song, which meant she was socially privileged yet also constrained, since—as a woman—she was expected to live confined to the women’s quarters of her family’s home. Miaozong, however, defied expectations and, at age thirty, she began visiting spiritual teachers in pursuit of truth. One summer, while attending a meditation retreat, she awakened upon hearing a koan. Then, at another summer meditation retreat, she received confirmation of her awakening. In 1163, she became the abbess and Chan teacher of a prominent nunnery.

In addition to her spiritual attainments, Miaozong was known for her literary talent. Although much of her writing has been lost, many of her commentaries on poems were preserved in a fourteenth-century anthology. 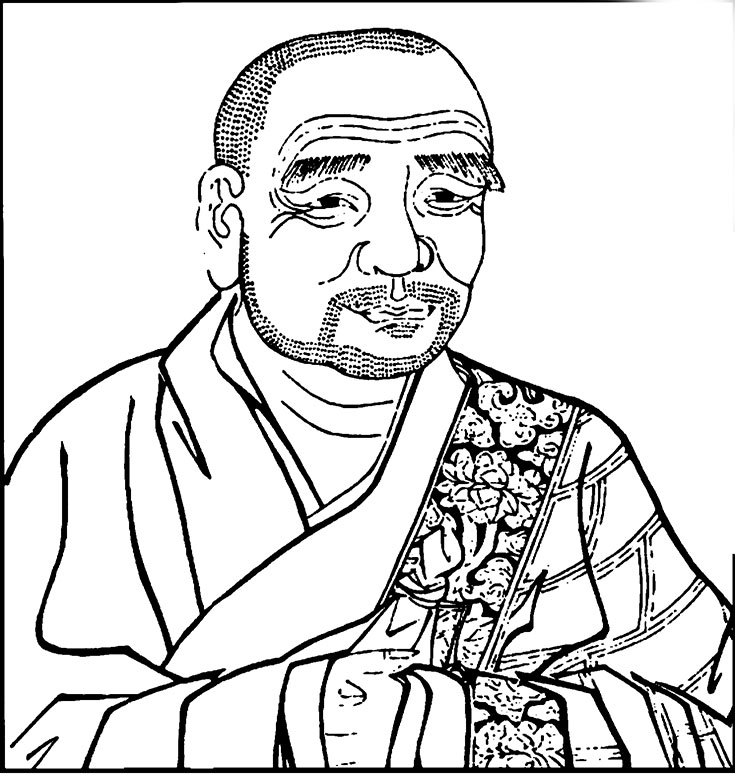 As a young monk, Linji Yixuan went to ask his teacher, Huangbo, about the buddhadharma, but Huangbo’s only response was to strike him with a staff. Linji didn’t appreciate this harsh treatment and resolved to seek enlightenment elsewhere. Later, Linji realized that Huangbo had intended to be compassionate. He’d been trying to transmit wordless insight.
x
Linji went on to found the Linji school of Chan, which later spread to Japan as the Rinzai school of Zen and influenced Korean Seon. Linji was iconoclastic with a quick, sharp wit, leading students to awakening by sudden shouts and blows. His teachings are collected in the Record of Linji, a popular text for the study of Chan, and his biography and teachings can be found in Combined

Sources for the Five Lamps and The Jingde Record of the Transmission of the Lamp. Linji died in 866 CE.

Dongshan Liangjie was a Tang dynasty Chan master who founded the Caodong lineage, one of the “five houses” of Chan Buddhism. Caodong became Soto Zen after being transmitted to Japan by Dogen in the thirteenth century.

Dongshan’s teachings emphasized suchness, the practice of mindful presence, and engaging with our moment-to-moment reality. These themes remain central to the Caodong/Soto lineage even in the present day.

When Dongshan was ready to strike out on his own, his teacher Yunyan’s parting words for him were “Just this is it.” At first, Dongshan didn’t quite understand, but later, as he was wading across a stream, he saw his reflection in the water and had an awakening. “Just don’t seek from others or you’ll be far estranged from yourself,” he wrote. “Now I go on alone, but everywhere I meet it. It now is me; I now am not it. One must understand in this way to merge with suchness.”

Bhikshuni Heng Yi is director of the International Institute for the Translation of Buddhist Texts at Dharma Realm Buddhist University. She ordained under the guidance of the Venerable Master Hsuan Hua.