Does Buddhism mean you have to be a liberal? In this opinion piece from the May 2015 Lion’s Roar magazine, Buddhist and lifelong Republican Christopher Ford argues that the answer is “no.” 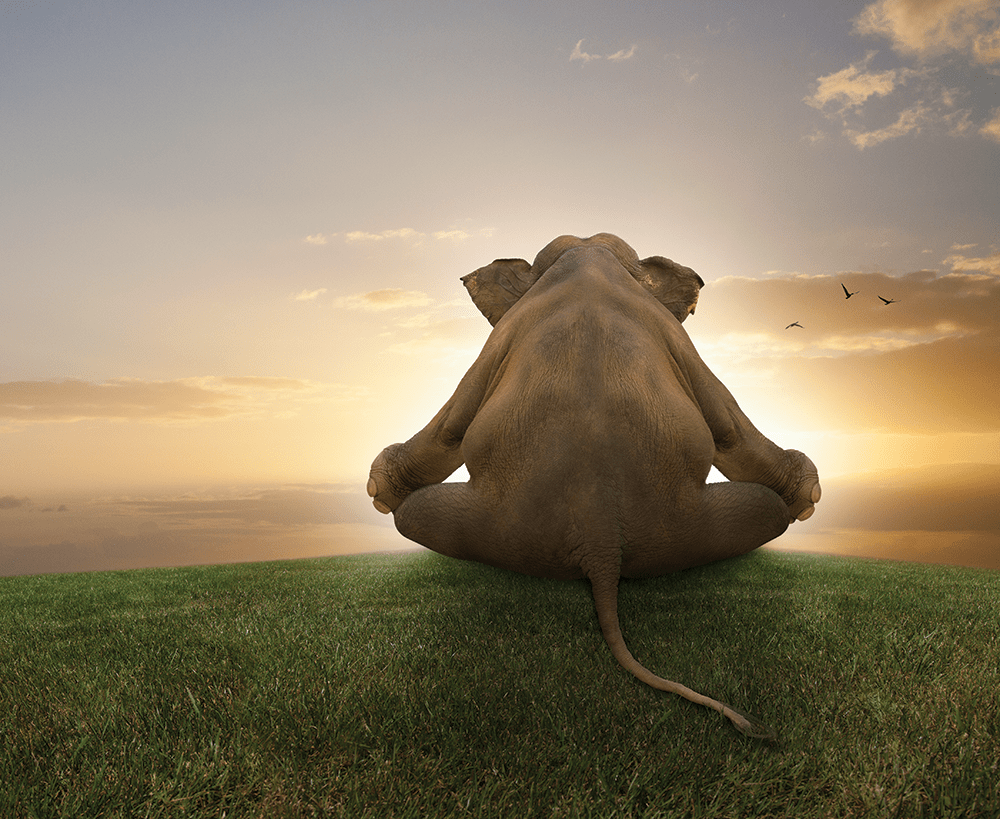 The Buddhist conservative moves among his fellow practitioners a bit like a unicorn circulating at a garden party. I don’t mean that people react with hostility, though I’ve occasionally seen this. More commonly, they just show bewilderment, unable to believe their eyes. A Buddhist conservative? Can such a thing really be?

Well, it can be—and I hope I can help you understand how. While convert Buddhists are today overwhelmingly liberal, Buddhism doesn’t have to entail political liberalism. I would argue that a thoughtful Buddhist’s engagement with the socio-political world can lead to a quite conservative sensibility.

For me, it starts with “Not Knowing,” one of the three tenets of the Zen Peacemaker Order. “Not Knowing” urges the practitioner to give up fixed ideas, and to me this calls forth restraint, humility, and modesty in approaching governance. Much follows from this.

If you combine the humility of “Not Knowing” with a compassionate Buddhist desire to help other sentient beings and a commitment to ahimsa (non-harming), you can get a mindset conducive to a limited-government conservatism. Translated into the policy arena, “Not Knowing” is an antidote to the hubris of the “Right Answer,” which otherwise tempts people to impose a fixed agenda on the world. A practitioner of “Not Knowing” should distrust policy prescriptions that seek to force any particular plan upon society, including his or her own prescriptions.

But it isn’t just about distrusting the arrogance of power. It is also about fallibility, understanding the weakness and limitations of government. “Not Knowing” fits well with the conservative idea that people are fallible, that society is not perfectible through public policy, and that the coercive power of government is generally to be distrusted as a tool for social change.

A corollary of “Not Knowing” is “Not Predicting,” since awareness of the frailty of our certainties should also make us suspicious of our ability to control future events in the complex idiosyncrasy of samsara. Buddhist conservatives thus mistrust both the ability to “know” correctly and our capacity to implement this knowledge effectively, even if it did exist.

This is not an inherently anti-government perspective. It is the hope of Mahayana practice to help others achieve enlightenment. Since such progress is affected by people’s external circumstances, there is some role for government in preventing these conditions from becoming catastrophically bad. This fits well with classically liberal notions of governance. At the very least, it is necessary to preserve the commonweal against threats from without (i.e., national defense) and from within (i.e., law enforcement). These core roles preserve the basic existence of the social community, and are a necessary condition for meaningful numbers of people to progress toward spiritual liberation. But “Not Knowing” counsels us to be careful about aspiring to too much beyond such core functions.

This is a positive vision, not a negative one. It doesn’t infantilize people by assuming that they need a heavy-handed nanny state. It values and prizes what they can do if they are not over-encumbered by coercive state authority. I see compassion and generosity of spirit in such a posture: it puts its faith in people’s buddhanature and its capacity to express itself more fully and naturally as individuals and sanghas mature.

Buddhist ideas of right conduct are consistent with some of the traditional values of Western culture.

I also don’t want to leave the impression that Buddhist conservatism is just about political philosophy. I think Buddhist ideas of right conduct are consistent with some of the traditional social mores of Western culture—not least those of self-restraint, the respect for others that is encoded in good manners, the preservation of a quiet and somewhat Stoic personal dignity, and the practices of kindness, charity, honesty, sincerity, and probity.

Look at the Ten Practices of the Zen Peacemaker Order—eschewing theft and dishonesty; treating others with respect and dignity; not dwelling on their faults; behaving with magnanimity, humility, and generosity; refusing to harbor anger and resentment; and cultivating a self-possession that seeks clarity and avoids deluded losses of control—these are values long admired by conservatives too.

As Buddhism matures as a transplanted faith, one would expect greater diversity of opinion to develop. Whether liberal or conservative, ideological monocultures are unhealthy, breeding arrogance and the kind of “knowing” inconsistent with the precepts. I believe a bigger role for conservatives would enrich American Buddhism greatly, and that we need more dialogue across the aisle about “Buddhist” politics. Maybe next time you’ll just see a fellow practitioner at that party, rather than a unicorn.

The views the author expresses here are entirely his own and do not necessarily reflect those of anyone else in the U.S. government.

Dr. Christopher Ford worked for the last four years as a political appointee in senior policy positions at the U.S. State Department and on the National Security Council staff. He received jukai from Roshi Joan Halifax and is an ordained Buddhist chaplain.