Christopher Willard’s father’s magic trick taught him his first lesson on mindful awareness and the power of concentration, giving him insight into impermanence at the age of seven. 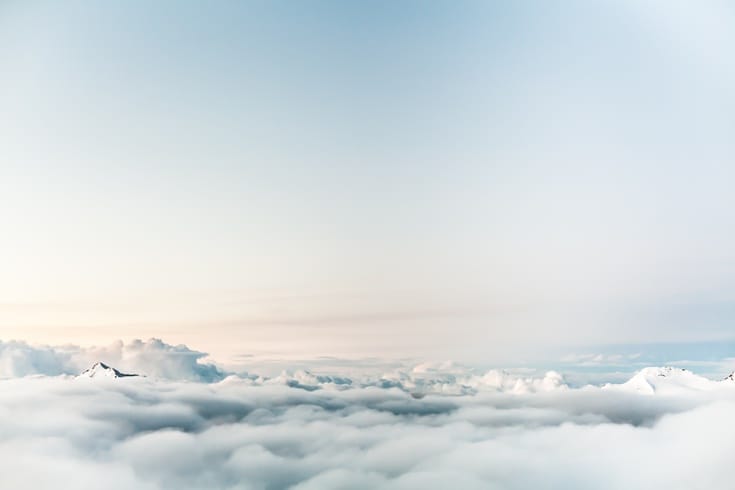 The first meditation I ever learned was a gift from my father, when I was probably about six or seven years old. We were floating on a rubber raft in a pond, gazing up at the blue summer sky. Far above us we watched as massive white cumulus clouds slowly morphed into new forms and then gradually un-formed. My dad looked over at me and said, “Hey, want to see a magic trick?” Of course I did. What kid doesn’t want to see his father perform magic?

“I’m going to make a cloud disappear with my mind.” “No way!” I responded. “Sure, I’ll do it. In fact, we can do it together. First, we need to pick a cloud, and since this is your first, let’s start with a small one to practice.” I picked a smallish looking puffy white cloud just visible above the jagged green line of trees ringing the pond. “Now, all you have to do is focus on that cloud and just breathe in.” I slowly inhaled the summer air, taking in the smells of pond water and suntan lotion as my belly filled up.

“Keep focusing on that cloud,” my father instructed. “Bring your mind back if it wanders; keep your mind focused on it or it won’t disappear.” We continued breathing, focusing, and sending our will toward that cloud as it faded itself away over the course of the next few minutes. It was the best magic trick I’d ever seen.

Of course, I look back now and understand that clouds will form and un-form in the sky regardless of my intention, willpower or desire. But still, at that moment, my breath and my mind seemed like the most powerful force in the world. Second only, maybe, to my Dad.

Years later, I still look up at clouds on a summer’s day, and remember that afternoon and the power of my breath. When the clouds of my own mood darken around me, I can breathe through the storms of grief, anger, illness, or self-doubt. When storms of fear gather around the world, or the news headlines seem to cast a long shadow on the future, I know that as I keep breathing, they too will pass. And I know that the air I breathe connects all living beings, and how I breathe will affect me and all of those around me, a lesson that I look forward to passing on to my own children someday soon.