Feeling herself falling after her divorce, Samantha Claire Updegrave eventually finds flight in this latest post from The Under 35 Project. 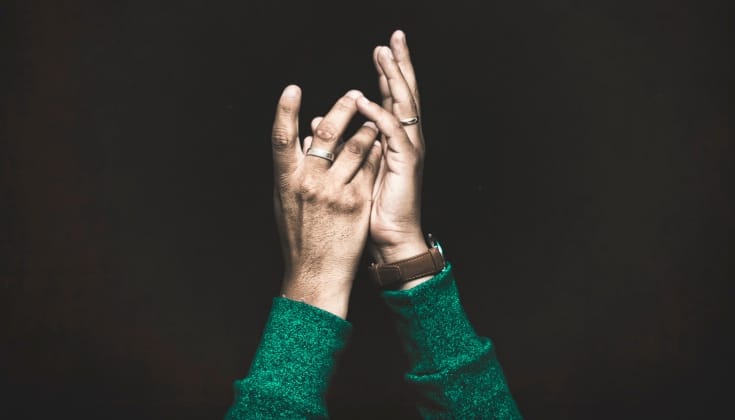 Taxonomy and taxidermy are interesting terms to confuse, if even for only a moment. Both have their etymological roots in the Greek word taxis, which translates as arrangement, but one suggests an origin, classification being a way a of knowing, a starting point of understanding, and the latter an end, and a rather stark one, depending on whose perspective you adopt.

My confusion, at the end of a long day, sitting at a polished bar working a second glass of wine, was the last line of hastily scribed pages in my journal, but a mistake I later rewrote over and over again, which on a subconscious level seems hardly a mistake at all, since my attention was attuned to the nomenclature of home, of the places that made me, walls inherited by family and those inhabited by choice, the places I was from and those I made on my own.

In 1935, my great uncle Bill was 13 years old when he shot an 8-point buck just outside of Muir, Pennsylvania, and the trophy mount hung high above the doors at the A-Frame cabin my father built in the Appalachian mountains, our home away from home in all seasons—winter, fishing, summer, deer. When my slip in terminology occurred, I was thinking about this mount, how it traveled 2,747 miles cross-country from that rustic lodge in an unevenly weighted box with one crumpled corner and arrived at my house, the house I then owned, where it was hung in the rafters of the garage by my husband’s hands, which I no longer know, though there was a time when I knew them quite well, how that deer haunted the room like a sentinel with blank glassy eyes, day and night, over years.

“Seeing a partial eclipse,” writes Annie Dillard, “bears the same relation to seeing a total eclipse as kissing a man does to marrying him or as flying in an airplane does to falling out of one. Although one experience proceeds the other, it in no way prepares you for it.” Knowing that home, my past etched within its six walls and the future pre-drawn in the number of bedrooms, the garage rafters overlooking worn workbenches stained with ink; and knowing those hands as they chopped vegetables, made love, demolished walls and gardened in the rain, was like flying in a plane. And to no longer be acquainted with these things was like falling from the sky.

In falling, it was if I had never existed, as if every success and failure, the grand and mundane and all the living in between, were stripped away as the cockpit and fuselage shattered mid-air, disintegrated, disappeared. That knowable past, with its furniture of home and taxa of relations and wedding bands one day worn, all no longer seen, vanished. In that space of never been, then surely there was no future, just free falling toward a certain doom of forever. I couldn’t tell which was worse, an unceasing descent or reaching the jagged peaks of the surrounding mountains, slamming into the landscape of the decade I spent in this city, making this home, this marriage.

When my husband and I split after seven years, what I really wanted was a quick end, the brutal force of impact to shatter all feeling and thought, to numb my surprise and heartbreak with the physical violence of a final act of destruction. Body mind heart lungs still. But a tiny voice, only four-months old at the time, called out, cried in hunger and cooed in happiness and contentment, stared at the world with wide eyes that knew nothing and saw everything. Our son.

So I opened my eyes to see what was below, to brace myself for the lacerations, broken bones and unmendable wounds of survival. The speed of gravity blurred my vision, stripped the layers and tore asunder all illusions of the past and future and delivered me, bare, to this inconceivable moment. In rawness, I believed every bad word, every epithet, each insult a confirmation. Without a plane or a warmed bed I had no idea who I was or how I’d gotten here or what to do next. More terrifying than the fall, I found that I was a stranger to myself.

Thrown awake, I found a path as soft as the clouds I was tumbling through, and as jagged as the glacial edges below, each working their part, guiding me, healing me, revealing truths so painful that I cried for months on end. It was a paradox of incomprehensible proportions. On the one hand, I needed to fall in love with my entire being — from the veins running along my feet and the soft curves of my altered body to my heart and mind’s capacity for love, kindness, connection. On the other, my son needed so much from my body, my mind, my heart. So I leaned in to my wretchedness and loneliness and disappointment and failures. I stayed open, marveled at the tiny boy at my breast, the phases of the moon, the symphony of greens against the winter sky. And through these experiences, started to find the dissolution of the boundaries between darkness and light, sadness and joy, the outside world and the me I once imagined. Humility was showing me that in order to survive, I had to adapt to these new surroundings, that they would not acquiesce to my demands for a return to the false solidity of my old life. I was learning to fall, holding us both.

“The bad news is you’re falling through the air, nothing to hang on to, no parachute,” says Chögyam Trungpa Rinpoche. “The good news is there’s no ground.”A year had passed before I heard this, when a friend quoted it to me at the grocery store as she arranged shopping carts and shuffled baskets from the checkstands. In that moment I understood inevitability, the interconnectedness of creation and destruction, of beauty and sorrow. Whether or not there was ground to split against, the act of parturition surrounded me, bearing all. What I was finding, in bits and pieces on the cushion and in the grocery store and on the radio and the blooms of flowers, was the grace of flight.

We tend to speak in terms of past-present-future, as if this linear progression is what propels us forward, as if each is a mark along a steady trajectory from one thing to the next. But to learn how to fly, I had to lose the past, discover that it cannot be preserved — hollowed out, its skin prepared, stretched and mounted as if to seem real. The past is as evolving as the present moment, fluid in interpretation, written and rewritten, repurposed to inform the occasion. From there I had to dissolve the future that I believed was always right around the corner, to let go of what I thought was being made. In my continuing fall, free of the rigid definitions of the past and the hope of a future that would never arrive, was the flight of ‘nowness,’ joining “the wisdom of the past with the present.”

As the order and family and genus I’d spun myself so tightly into disintegrated, the kingdom opened – at first just a little, like letting out a hem, carrying with it a hint of faith, then completely as if tearing out all the seams to unmake the garment. I touched and sat inside the vastness of that domain, pulled away, gazed at it from afar. I still cry at summer anniversaries, and the light and taste of early Fall still delivers me to sadness. I wince when my son mentions his father’s girlfriend by name, although his words speak only to the truth that he is known and loved and held by many arms that outnumber the sum of her and me and him. I resist who I am because I struggle to let go of what I am not. I fret over what I cannot give. When I cradle my son to sleep, singing his favorite Beatles song, or taste the lips of a lover, it is tinged with sweetness and loneliness, and unveils the collision of patterns and accidents that brought me here, through untenable circumstances not of my choosing though certainly of my making, through and beyond a time that I often doubted my ability to survive. To go from falling to flight is a transmigration, a rite of passage. A journey to be discovered again and again, riding the out-breath.

Samantha Updegrave is a single mama extraordinaire living in Seattle, Washington with her three-year-old son Oscar. She holds a Certificate in Creative Non-Fiction Writing from the University of Washington, and works as a land use consultant and freelance writer. Read more at her blog.