There’s wisdom in loneliness, writes Rob Brooks in this latest post from The Under 35 Project, but it can be a scary path to find yourself on. 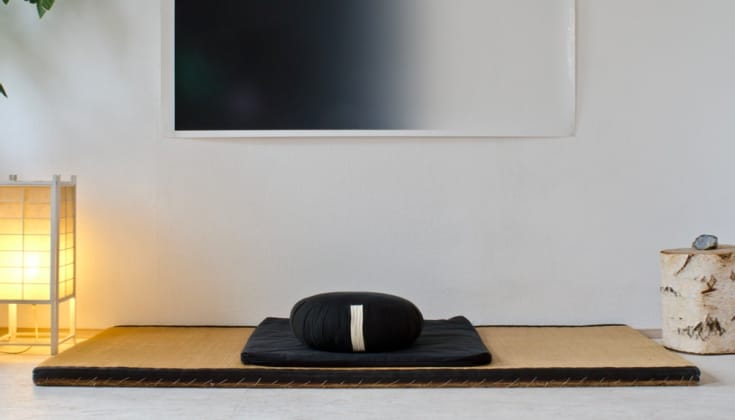 Being alone, reading a book on dharma, and resting in the sunshine. That was my favorite way to spend a day in my early 20s.

I guess I forced myself to grow up after that, and subsequently had the fortune of working in some exhilarating environments to make a living; but life had gathered speed. In fact, it raced along to such an extent that I felt I had no control over it. Slowing down seemed not only impossible, but something I couldn’t contemplate. It honestly scared me to think about resting.

Then I began working alone, predominately from home. A dream scenario, I thought. But theory was where the dream ended, the reality was that the isolation forced me into a corner. With no distractions around, I had no choice but to be confronted with the mindlessness which had led me to this state. The problem – as many here can identify with, I’m sure – was that I had no idea what was happening to me.

I became anxious to the point of insomnia. The speed at which I was working and living was no longer an aid to getting ahead, it was dragging me down, deep down. The most basic things suddenly put me into a mental spin, and making it through each day seemed an accomplishment.

So, feeling I had little to lose, I set out to put into practice the things I had read about for so many years. I joined a meditation class and attempted to live in the moment, mindfully.

That was eight months ago and I’ve been practicing shamatha, tonglen and loving-kindness meditations pretty much every day since. And my world has once again started to open up to others, and rotate at the right tempo.

But mine is not an “I’ve made it, you can too” story. Learning to embody the balance between being “here” and getting “there” remains one of the most difficult things I’ve faced. Not getting swept away by my inner commentary and allowing life to control me is a tough habit to kick after a 29-year rehearsal.

And, perhaps most importantly, understanding that it is an ongoing, lifelong process can be equally difficult to take in a world always seeking an instant remedy.

Reflecting on this, I realize I’m doing more than unlearning what I had learned, or untying myself from the knots of my past. I’m becoming at peace with being alone again. Returning to my roots, my true self. Choosing to look beyond striving and yearning for being. Just being. Alone and with others.

Finally, with the hope and intention of bringing just a little peace to whomever may read this, I encourage you to practice.

If, like me, you’ve been reading about dharma but not practicing, I can completely understand. But I’ve also experienced the difference between taking on discussions of inner peace intellectually, and genuinely opening yourself to it. There are discoveries in your practice which you alone can access. I hope you give yourself the chance to be with them, as I am now beginning to.