Synchronicity, says Rachel Naomi Remen in this holiday teaching, can startle us awake and restore us to ourselves. 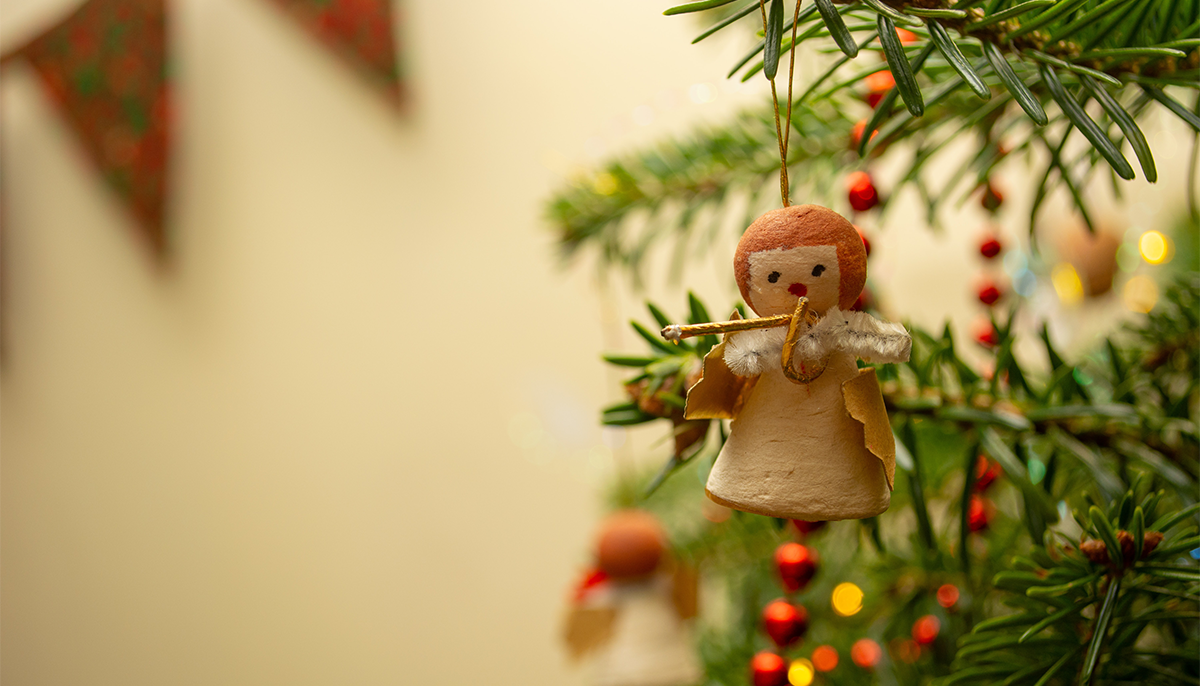 According to the Buddhist understanding of auspicious coincidence, all circumstances can be brought to the spiritual path. Everything that happens in our lives, whether positive or negative, can serve to awaken us to the nature of the world. But occasionally, events cluster in particular ways that give us a glimpse of the deeper structures of reality, and suggest that time and linear causality may not be the ultimate way in which the world is ordered.

There are many possible responses to such happenings, which Jung called synchronicity. Some people give them a highly individualized meaning, finding guidance in a personal decision they are facing or confirmation of a direction they have already chosen. But perhaps the real meaning of synchronicity is more universal than personal, with every instance simply pointing to the possibility of a hidden pattern underlying the events of this world.

Either way, these events offer us a certain reassurance, and they also have the power to awaken us. A common response to such an acausal happening is a sharpening of attention, a sense of the closeness of something unseen. Startled awake, we may listen for the direction in which the universe is moving, and discover a wish to participate in it.

Many years ago, when one of my first patients, a child, died just before Christmas, I bought an angel Christmas tree ornament in his memory.

Synchronicity often takes us unaware and may restore us to ourselves.

Many years ago, when one of my first patients, a child, died just before Christmas, I bought an angel Christmas tree ornament in his memory. Since then, this has become a sort of yearly ritual, a way to remember those who have shared a very significant time in their lives with me. I now have a collection of angel Christmas tree ornaments, and each year I add one more. As of last year, there were thirty-seven of them: Angels made of china, of straw, of tin. Angels of wood and glass. Hand painted angels and hand sewn angels. Angels from all over the world. A month before Christmas I take them out of their boxes, hang them throughout my home, and live among them until the new year.

Just after Thanksgiving every year, I begin to look for a new ornament, leafing through catalogues, going from store to store, seeing dozens of angels until I find the right one. It is a labor of love and of remembering. Small as this ritual seems, over the years it has become important to me.

Christmas 1993 was the exception. The field of death and dying had suddenly become mainstream and the years of experience we had quietly accumulated at Commonweal was of interest to many others. Caught up in an intense round of lectures and workshops for professionals who wished to serve people at the end of life, I had not bought a single Christmas present or even a single card. As others became involved in the spirit of the season, I became more and more isolated from it, and more and more resentful. Somehow these painful feelings focused upon the angels, still packed away in their boxes. For the first time in thirty-seven years, I had not put them out or found the time to look for a new one.

About a week before Christmas, I was seated in an airplane preparing to fly across the country yet again. I was to give a talk on serving those at the end of life to a thousand health professionals on the east coast. I had planned to write the talk on the flight, not having had the time to do this earlier. Drowned in self pity and resentment, I thought of my unsent cards, my unbought presents, and my missing angel ornament. I remember thinking, “Why am I doing this?”

I was in an aisle seat, the two seats next to me empty. Shortly before takeoff, a very young blonde woman started down the aisle in the full dress uniform of a naval officer: cap, blue trench coat, attache case and all. When she reached me she smiled radiantly and indicated the window seat. Silently, I stood to allow her to pass. Shortly afterwards the plane took off.

Reaching into my case, I pulled out the materials for my talk, placed them on the empty seat between us and began to write. For the next five hours I wrote nonstop about death and mystery and their power to transform our lives and our work. My seatmate, to whom I had said not a word, seemed equally intent on her own reading.

At last the captain informed us that we would be landing in twenty minutes and advised us to raise our tray tables and seat backs. With a sigh I put everything away in my case. The talk was almost finished.

At a certain level, synchronicity suggests that there is more to life than we realize, and that we and all others may not be alone. I regard such a happening as a blessing.

Turning toward me, my seatmate spoke for the first time. “Excuse me Ma’am,” she began hesitantly, “but I feel called to speak to you.” Seeing the look on my face she apologized quickly but pressed on. She told me about her own recent difficulties and loss of direction and that she had been in San Francisco seeking wisdom and support from her grandmother. It had been very helpful. She smiled at me warmly. “I feel that things are hard for you too,” she told me. “My grandmother gave me something to help me. I would like you to have it.” And reaching into her navy blue attache case, she pulled out one of the most beautiful angel Christmas tree ornaments I have ever seen and held it out to me.

I suppose one might call this coincidence and perhaps it is. But it felt as if whatever it is that we really serve when we serve others had reached out and shaken me awake,’saying “You get on with the work … I’ll take care of the small stuff.”

This is the sort of event which Jung meant by synchronicity, a meaningful coincidence which thumbs its nose at linear causality. At a certain level, synchronicity suggests that there is more to life than we realize, and that we and all others may not be alone. I regard such a happening as a blessing. Such things may happen at any time, but in the years I have worked with people facing death and those who survive them, I have heard many such stories. Perhaps such things are either more frequent at these times, or perhaps in some way every death is a bridge between worlds, and allows us to see things differently for a little while.

Synchronicity is always an experience of the unknown. Events such as these do not really prove anything. They are simply a reminder to wake up and pay attention, because the mystery at the heart of life can speak to you at any time. ♦

Rachel Naomi Remen, M.D. is Associate Clinical Professor of Family and Community Medicine at U.C.S.F. Medical School and co-founder and medical director of the Commonweal Cancer Help Program. She is author of the bestseller, Kitchen Table Wisdom: Stories That Heal.