We view our desire to get rid of disease as a desire to live. But it is often just the opposite: it is an attempt to avoid life. Illness is not so special—nor so terrible. It is a question of acknowledging that we are born alone and that we die alone, but that it is still okay. 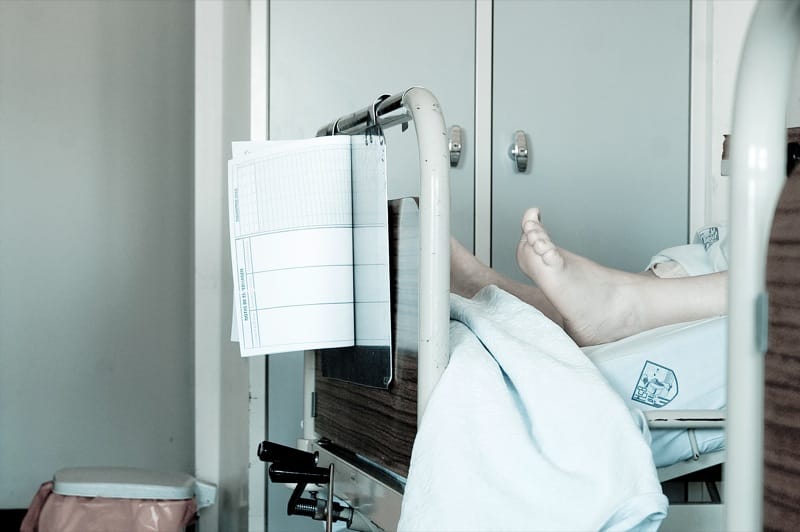 In discussing sickness, whether physical or mental, we should recognize the importance of our sense of survival. We want to survive, and when we talk about healing, we are talking about how to survive. Viewed from another angle, our strategy of survival is the pattern of our reaction to the fact of death.

One’s attitude toward death is central to any healing process. Although it is frequently ignored it is always in the background. No one actually wants to face the possibility of death, or even the idea of death. Even a mild sickness points to the possibility of nothingness: we might lose control of our physical or mental situation; we might become lost in mid-air. Facing the fear of loss will not exactly solve the problem, but, to begin with, the problem should at least be faced.

Any real healing has to come out of some kind of psychological openness.

When we are willing to acknowledge what is really happening, we pick up spirit, or buoyancy. One could even go so far as to say that by such acknowledgment some kind of sanity develops. So I think it is very important to present the possibility to people that they might have to face some kind of loss, some sense of bewilderment. The healer should encourage people who are sick to confront their uncertainty. Such open communication will allow a real meeting to take place, an honest relationship.

Some people talk about healing in a magical sense, as when so-called healers put their hands on a sick person and miraculously heal them; others talk about the physical approach to healing, using drugs, surgery, and so forth. But I think the important point is that any real healing has to come out of some kind of psychological openness. There are constant opportunities for such openness—constant gaps in our conceptual and physical structures. If we begin to breathe out then we create room for fresh air to rush in. If we do not breathe, there is no way for the fresh air to enter. It is a question of psychological attitude rather than of being taken over by external powers that heal us. Openness seems to be the only key to healing. And openness means we are willing to acknowledge that we are worthy; we have some kind of ground to relate to whatever is happening to us.

People tend to feel that their particular sickness is something special, that they are the only person with such an illness. But in fact, their illness is not so special—nor so terrible. It is a question of acknowledging that we are born alone and that we die alone, but that it is still okay. There is nothing particularly terrible or special about it.

Often the whole notion of sickness is taken as a purely mechanical problem: something is wrong with one’s machine, one’s body. But somehow that is missing the point. It is not the sickness that is the big problem, but the psychological state behind it.

We could not have gotten sick in the first place without some kind of loss of interest and attention. Whether we were run down by a car or we caught a cold, there was some gap in which we did not take care of ourselves— an empty moment in which we ceased to relate to things properly. There was no ongoing awareness of our psychological state.

So to the extent that we invite it to begin with, all sickness—and not just those diseases traditionally considered to be psychosomatic—are psychological. All diseases are instigated by one’s state of mind. And even after we have dealt with the disease and the symptoms have disappeared, by pretending that the problem is over, we only plant seeds for further neurosis.

It seems that we generally avoid our psychological responsibility, as though diseases were external events imposing themselves upon us. There is a quality of sleepiness, and of missing the gaps in the seemingly solid structure of our lives. Out of that sense of carelessness comes an immense message. Our bodies demand our attention; our bodies demand that we actually pay attention to what is going on with our lives. Illness brings us down to earth, making things seem much more direct and immediate.

Disease is a direct message to develop a proper attitude of mindfulness: we should be more intelligent about ourselves. Our minds and bodies are both very immediate. You alone know how your body feels. No one else cares; no one else can know but you. So there is a natural wakefulness about what is good for you and what is not. You can respond intelligently to your body by paying attention to your state of mind.

We view our desire to get rid of disease as a desire to live. But instead it is often just the opposite: it is an attempt to avoid life.

Basically, mindfulness is a sense of composure. In meditation we are not accomplishing anything; we are just there, seeing our lives. There is a general sense of watchfulness, and an awareness of the body as an extremely sensitive mechanism which gives us messages constantly. If we have missed all the rest of the opportunities to relate with these messages, we find ourselves sick. Our bodies force us to be mindful on the spot. So it is important not to try to get rid of the sickness but to use it as a message.

We view our desire to get rid of disease as a desire to live. But instead it is often just the opposite: it is an attempt to avoid life. Although we seemingly want to be alive, in fact we simply want to avoid intensity. It is an ironic twist: we actually want to be healed in order to avoid life. So the hope for cure is a big lie; it is the biggest conspiracy of all. In fact, all entertainment—whether it is the movies or various programs for so-called self growth—lures us into feeling that we are in touch with life, while in fact we are putting ourselves into a further stupor.

The role of the healer is not just to cure the disease; it is to cut through the tendency to see disease as an external threat. By providing companionship and some kind of sympathy, the healer creates a suggestion of health or underlying sanity, which then undermines naive conceptions of disease. The healer deals with the mishandling of the gaps that occur in one’s life, with one’s losses of spirit.

The healing relationship is a meeting of two minds: that of the healer and patient, or for that matter, of the spiritual teacher and student. If you and the other person are both open, some kind of dialogue can take place that is not forced. Communication occurs naturally because both are in the same situation.

If the patient feels terrible, the healer picks up that sense of the patient’s wretchedness: for a moment he feels more or less the same, as if he himself were sick. For a moment the two are not separate and a sense of authenticity takes place.

From the patient’s point of view, that is precisely what is needed: someone acknowledges his existence and the fact that he needs help very badly. Someone actually sees through his sickness. The healing process can then begin to take place in the patient’s state of being, because he realizes that someone has communicated with him completely. There has been a mutual glimpse of common ground. The psychological underpinning of the sickness then begins to come apart, to dissolve.

When there is that kind of openness, the healer does not have to solve a person’s problem completely. The approach of trying to repair everything has always been a problem in the past; such an approach creates a successive string of cures and deceptions, which seem to go hand in hand. Once the basic fear is acknowledged, continuing with the treatment becomes very easy.

And finally, what do we mean when we say that a patient has been healed? To be healed, ironically, means that a person is no longer embarrassed by life; he or she is able to face death without resentment or expectation.

©1994 Diana J. Mukpo. By gracious permission of the copyright holder.