In a tense moment on a full plane, Ruth King gets a glimpse of the inner strength of equanimity. 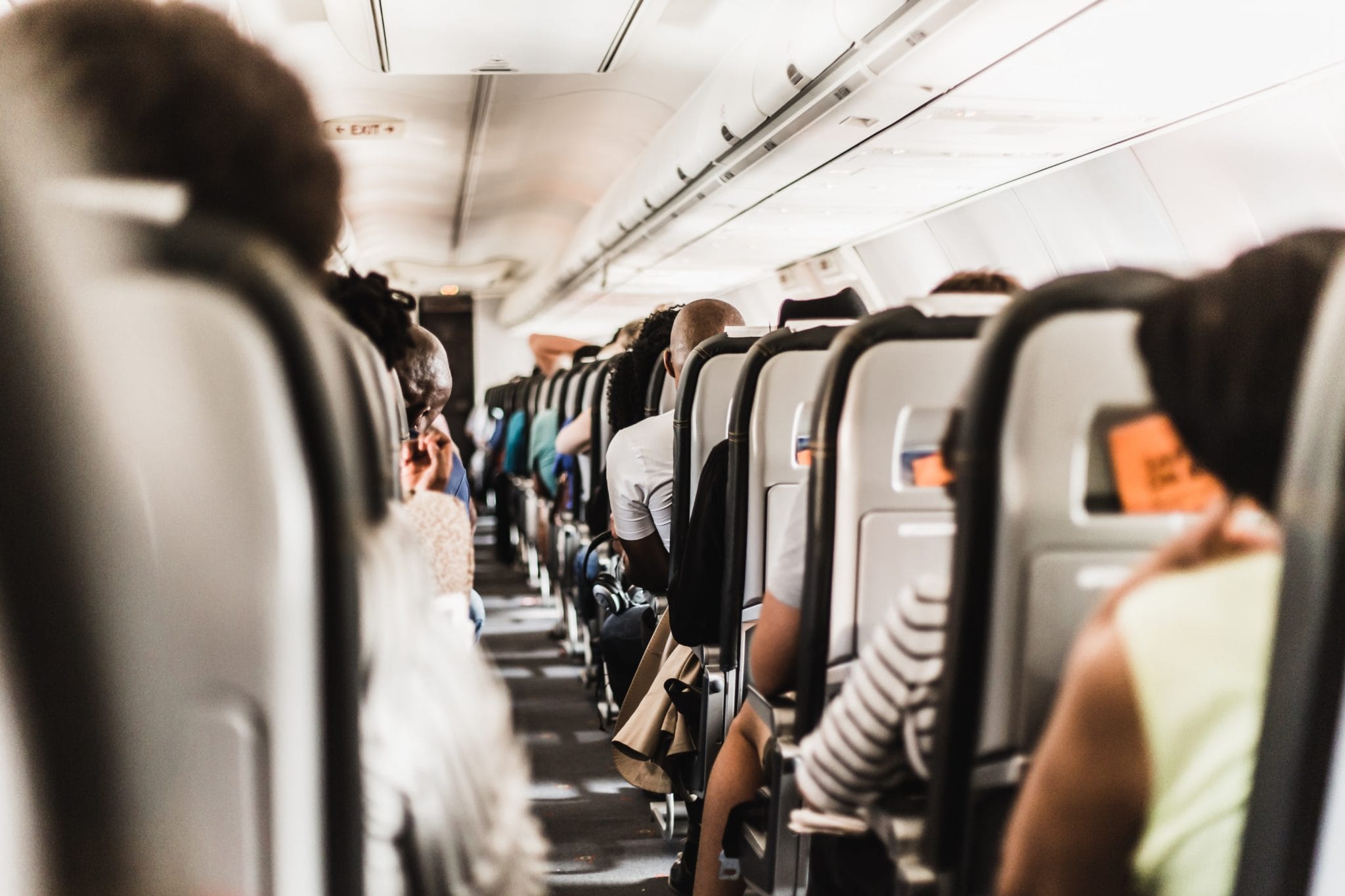 Several years ago, I took a long flight from South Africa to California. As I boarded the plane, I looked forward to taking a long nap on the fully-booked plane. As we rose into the air, I relaxed into my seat and pushed the button to recline. The person sitting behind me, a white male, started slamming his food tray, which was on the back of my seat, up and down, repeatedly, making sure I felt it. Initially, annoyed, I ignored it. But, when it continued — grumbles included — and I could feel a sense of hostility, I turned and quietly asked, “Would you be willing to stop slamming your food tray up and down on the back of my seat?”

In response, he yelled (and I do mean yelled), “If you hadn’t leaned your chair back into my lap, it wouldn’t be necessary!”

A flash of silence shot through the plane while a flood of thoughts rattled my mind: Who in hell does this white fool think he’s talking to? I have a right to recline my chair. How dare you disrespect a black woman, and so publicly. You wouldn’t treat a white man this way. I was furious and felt chastised and embarrassed. I could also sense how others on the plane had been triggered by his response. It appeared as though the flight attendants had gone AWOL. Several people started fidgeting and coughing. The white men opened newspapers, as if on cue. Babies started crying. Black men began to unbuckle their seat belts and stand up. In my mind, I thought I heard a white woman ask if someone could open a window. And the black women stared at me, rolling their heads as if to say, “I hope you kick his ass so I don’t have to!” It was quite the “deer in the headlights” moment – all of it within ninety seconds.

I often think about power and how quickly a situation can change with a caring and wise heart. I think about the moments when we can see beyond judgment and self-interest to choose rather than react — the moments when small, caring choices can influence a social balance. This, I think, is the power of equanimity.

Equanimity is a sustained state of balance, seeing what’s here with evenness of mind — a mind that is touched by life but unbroken by its ever-changing nature. It’s a prominent concept in Buddhism, often represented in images of stillness, ease, compassion, and strength and regarded as the fruit of spiritual practice.

Within this soreness, I knew that my freedom and well-being was not dependent on anyone’s behavior going my way.

Equanimity is an invaluable inner resource that is cultivated through awareness. It is the experience of knowing the movement of the mind without reactiveness, an experience of grounded presence amidst extremes. When the mind is steady and responsive, we can say to ourselves, “This moment is like this, and it doesn’t have to be different right now. I can allow what is here and offer what is needed.”

Imagine the power of this resource as we move through a racialized world.

While this incident wasn’t overtly about race, racial distress had been activated, and, in addition to my own distress, it needed to be attended to. I could have gone to war, insisting on my right to recline my seat, but there was more at play than my comfort. The white man seated behind me could have handled the situation more skillfully and less hatefully, but he didn’t. What was happening wasn’t personal or permanent, and it was far from perfect. We were thirty thousand feet in the air for the next twelve hours. I considered my height, being short enough to tolerate an upright seat; reclining was my right and preference, but not a necessity. I was at a choice point.

I raised my seat.

When I raised my seat, the distress palpable throughout the plane settled. I wasn’t unphased by the white man’s verbal assault, but I didn’t become unglued or get knocked off center. I could be with what was happening while it was happening and attune to the collective nervous system of the enclosed plane without feeling severely compromised. Deep within me, I was okay.

An hour or so later, when I stood to stretch my legs, I looked at the white man sitting behind me. He had fallen asleep. I noticed the peace in his face. I also noticed that he was close to seven feet tall. His knees more than touched the back of my seat, and I could see how reclining my chair created a hardship for him. I imagined how often he had been teased as a child for being tall and awkward, and I wondered how long he had had this attitude and how he may have felt “put upon” or even bullied by others. Seeing such innocence softened the hard edge of the ignorance he had displayed earlier. This was followed by intense soreness in my chest as I recognized, walking through the tight aisles of the plane, that most of the people I passed were white men. I recognized a secret wish that had flashed through me: a wish for a white ally — someone who would have intervened and said, “Man that was rude. You owe this woman an apology.” Yet, within this soreness, and from years of mindfulness practice, I knew that my freedom and well-being was not dependent on anyone’s behavior going my way. In that moment, I just gave my heart caring rubs.

Equanimity is awareness so spacious that whatever arises in our mind and heart, whether agreeable or disagreeable, is small and incidental compared to awareness itself. In other words, when we are equanimous, nothing is left out of heart’s view. 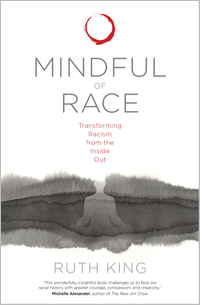 As we walk through the minefields of social injustice and hardship, we may want to call on the strength of these elemental inner resources for balance and equipoise. For example, there are times when we will need to stand our ground, strong like a mountain, and observe what emerges. And there are times when we may need to add a spark of fiery truth to a situation. Other times, we may need to open and allow more space around the tightness of our worries, or let go and be held by an ocean of love. As I reflect on the plane incident, I see that I relied on the element of space to open to everyone on the plane, not just my own comfort. In this choice, the entire nervous system of the plane came into balance as I did.

Indian philosopher Jiddu Krishnamurti spoke beautifully to the essence of equanimity when he said, “When the mind is still, tranquil, not seeking any answer or solution, neither resisting or avoiding – it is only then that there can be a regeneration, because then the mind is capable of perceiving what is true; and it is the truth that liberates, not our effort to be free.”

Adapted from Mindful of Race: Transforming Racism from the Inside Out by Ruth King. Copyright © 2018 by Ruth King. To be published by Sounds True in June 2018.

Ruth King is an insight meditation teacher and emotional wisdom author and life coach. Mentored by Jack Kornfield in the Theravada tradition, and influenced by the Tibetan traditions of Buddhism, Ruth teaches at insight meditation communities nationwide. She is a guiding teacher at Insight Meditation Community of Washington and Spirit Rock Meditation Center, and the founder of Mindful Members Insight Meditation Community of Charlotte. Ruth is the author of The Emotional Wisdom Cards, Healing Rage: Women Making Inner Peace Possible, and her new book, Mindful of Race: Transforming Racism from the Inside Out (Sounds True, June 2018).