Noel Alumit reflects on the daunting commitment of the bodhisattva vows, and how his ordination bolstered his relationship with his mother and culture. 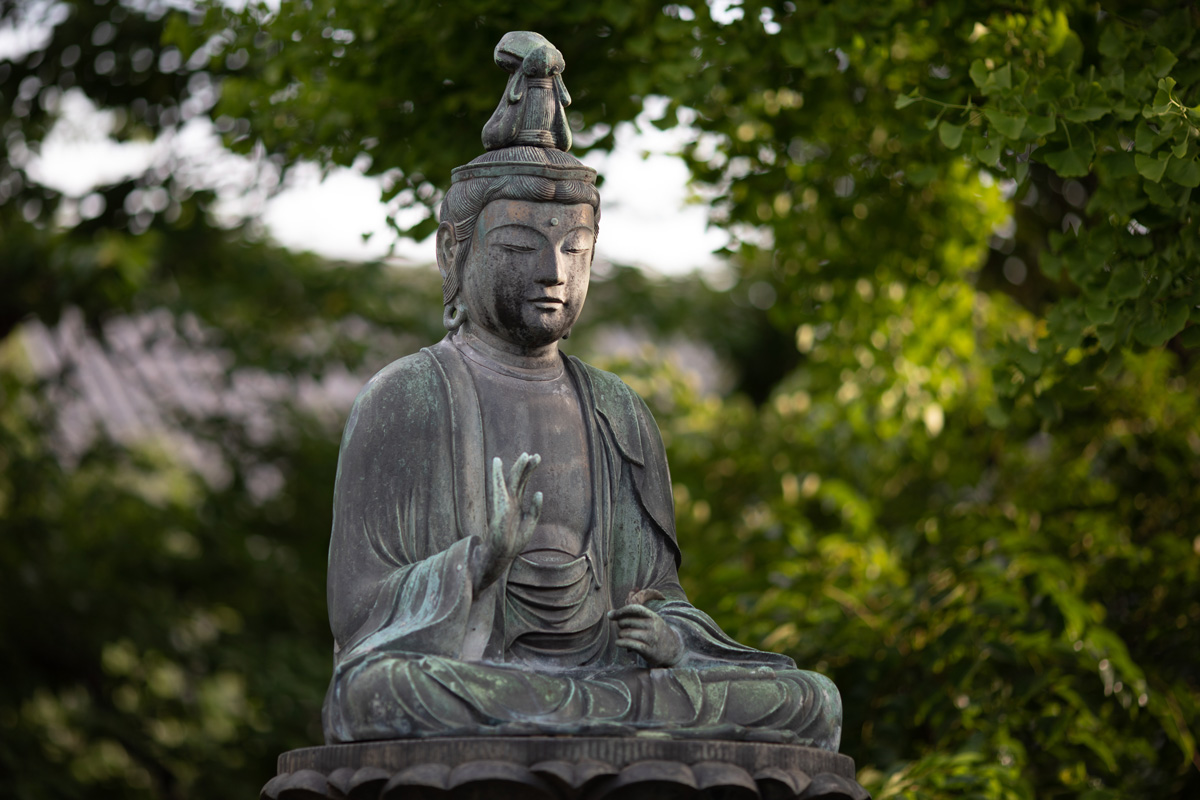 When I was ordained as a Buddhist pastor, I took the bodhisattva vow. The vows begin with: Sentient beings are numberless, I vow to save them all. This was daunting. “I vow to save everyone?” I thought. “Everyone?”

I could commit to the other vows: Dharma Gates are endless, I vow to enter them and Enlightenment is impossible, I vow to achieve it. But the vow to save the more than seven billion people on earth seemed over the top. The number rises exponentially if you consider animals “sentient beings,” which I do.

“Start with a small circle, like your family,” the Abbot advised.

My ordination was an important spiritual step for me. I had been a practicing Buddhist for over ten years and was halfway through graduate school in Buddhist chaplaincy at the University of the West. I, along with fellow grad students, was offered the opportunity to ordain through the International Center for Chinese Buddhist Culture and Education (ICCBCE). Ordination seemed like the next possible step for those of us pursuing a Master of Divinity in Buddhist Chaplaincy.

Coming out to my mother as a Buddhist echoed my coming out as gay, though she was more welcoming of me being gay.

Becoming ordained was a serious spiritual commitment. After much contemplation on whether I could commit to the vows and precepts I would undertake, I decided to go for it. I was given a robe, a stole, and mala beads. Impermanence is a Buddhist concept, and if I felt I could no longer maintain my precepts and vows, I had the option of leaving and giving up my robes. I decided to commit to being an ordained pastor for at least five years, feeling excited and wary at the same time. I invited friends and family to be a part of my ordination. The ceremony was to be held in a temple in Monterey Park, California. Three Venerable Masters were going to take part in the ceremony, including two flying in from Asia.

I knew my mother would come. She had been supportive of my other life choices, but leaving Catholicism was not something she wished for me. Growing up, I considered myself a good Catholic boy, which included singing Latin hymns in the church choir, but I didn’t feel Catholic. When I first heard about the concepts of Buddhism, it appealed to me.

When my father was close to passing away, he returned to his Catholic faith. I wouldn’t consider him a religious or spiritual man, but upon confronting death, he seemed to feel the need to “get right with God.” I didn’t want to be Catholic simply because it was the religion I was born into. If I was going to be Catholic, I wanted to be Catholic with my whole heart, and as much as I tried, I couldn’t get there.

There were fundamental issues that stood in my way. The Church’s view of gay people and gay marriage was one of them. I wanted to be in a religion where I felt accepted and loved, which I didn’t feel in the Catholic church. One day after mass, I prayed for an answer to my bereft feelings. I heard a divine voice that said, “There are other ways to find me.” The voice I heard could be interpreted in many ways. Was it Jesus? My higher self? My inner psyche? Regardless, I listened and started visiting different Buddhist centers.

Coming out to my mother as a Buddhist echoed my coming out as gay, though she was more welcoming of me being gay.

“I knew you were homosexual, I was waiting for you to tell me,” she’d said, but when I told her that I was a Buddhist, she curtly replied, “Do what you want. It’s your life.”

The Catholic Church had brought my mother much comfort and guidance throughout her life, as is true for many Filipinos. Over 80 percent of the Philippines identifies as Catholic, a religion imposed by Spanish colonizers who ruled the country for nearly 400 years. Christianity was further affirmed when the Americans occupied the Philippines after the Spanish-American War of 1898. For my mother, by my not being Catholic, it meant I may not be with her in heaven.

Besides the Catholic Church, my mother loved the Philippines. It’s where she was born and grew up. She has fond memories of the country and she instilled in me a sense of pride and reverence for our culture. When I started writing, exploring the lives of Filipino people in novels and short stories, she said, “Don’t write anything bad about Filipinos.”

My mother came to my ordination out of respect for me, but not with an overwhelming sense of joy. At the beginning of the ordination ceremony, the Venerable Masters (an honorific to signify senior status), were introduced. It was at this temple, among these senior monks, where we would say out loud our commitments to the precepts and vows.

To my complete surprise, one of the Venerables had flown in from Manila, Philippines. The Philippines has a small but thriving Buddhist community thanks to the influx of Chinese residents, a people the Philippines has had relations with for over a thousand years. Buddhist temples are dotted throughout the major cities of the country. I knew instantly that having someone from the Philippines leading the ordination ceremony would make my mother happy. I turned and saw her smiling face, beaming as if to say, “My son is not some weirdo for being a Buddhist.” If there are Buddhist temples in the Philippines, then Filipinos must go to them. Buddhism is not strange, not foreign. It is part of the landscape of the country she loved.

As I stated the vow Sentient beings are numberless, I vow to save them all, I couldn’t help but think there were at least two people saved that day: my mother and myself. With the presence of the monk from the Philippines, we were freed from the awkwardness of my new religion. There would be no attachment or aversion to me being a Buddhist, for it is not foreign. Being Buddhist is also being Filipino.

Noel Alumit has a Master of Divinity in Buddhist Chaplaincy from the University of the West, where he is also an Adjunct Professor. He facilitates meditation workshops for LA Artcore and Meditation Coalition. Noel is also an actor and bestselling author.