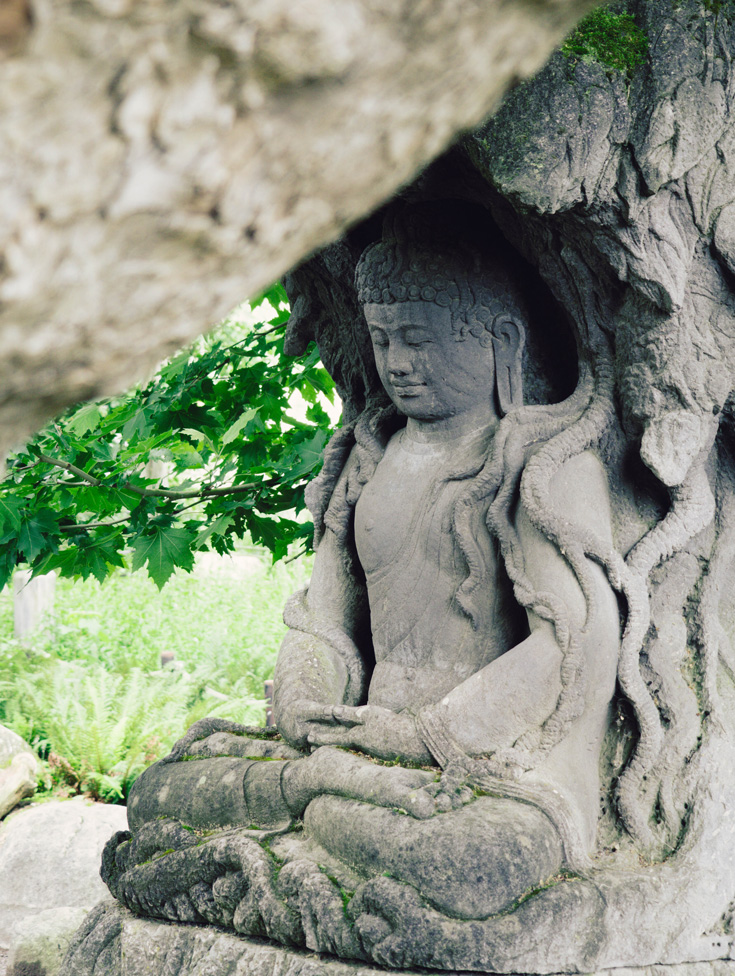 Ninth-century Chinese Buddhist monk Linji Yixuan famously told his disciples, “If you meet the Buddha on the road, kill him.” Upon first hearing these words, I was instantly intrigued. I pictured a group of spiritual practitioners utterly perplexed at the words their teacher just spoke. The scene must have been comical: people with wide eyes, dropped jaws, and confused expressions as they eagerly tried to make sense of their teacher’s shocking assertion.

These were, after all, devoted practitioners whose very livelihood most certainly revolved around the teachings of the Buddha, and who’ve now been instructed to kill this very same Buddha, if they happen to meet him. With further inspection, we can see that Linji Yixuan was not referring to the literal Buddha, as in some physical incarnation of Siddhartha Guatama. Linji Yixuan was using his disciples’ own delusions as an opportunity to wake them up.

Killing the Buddha means killing our conceptualizations, killing the belief that we understand it all.

There are often points in our practice journey where we need to seek advice and experience from those further along the path. But within the teacher/student relationship can arise a point at which the student is susceptible to idolizing their teacher and thus forgoes their own growth.

Early on in my Buddhist practice, I was fortunate enough to have this dichotomy explained with clarity. I had eagerly searched for a sangha that I thought would be the perfect fit for me. I became consumed by researching teachers and their lineages in hopes to align myself with the perfect fit. Finally, after what felt like a mountain of research, I believed I had stumbled upon the perfect teacher. Ecstatic with my efforts, I was ready to reach out and eagerly asked if I could become a student. I will never forget the reply I got.

I was floored. As a new practitioner, for sure I’d be welcomed with arms wide open, I’d thought. Initially, I was a bit discouraged. A feeling of rejection cast over me. I took a few days to unpack those words, and after further reflection, a deeper understanding began to develop. I realized that these words were actually spoken with tremendous compassion, wisdom, and clarity. This teacher was not rejecting me at all, they were showing me a true path. It was my attachments that caused me to take this as a failure rather than see it for the blessing it was.

Those words staved me off the path of searching for a teacher. A path in which I’d assign my “enlightenment” to someone else and only through them would I become “free.” This is a path we all, at one point or another, can easily find ourselves caught up in. As the psychotherapist and author Sheldon Kopp once said, “If you have a hero, look again: you have diminished yourself in some way.” Kopp goes on to say, “The most important things that each man must learn, no one else can teach him. Once he accepts this disappointment, he will be able to stop depending on the therapist, the guru who turns out to be just another struggling human being.”

Rather than seeking a teacher to show me the way, I needed to become the way myself, through my own practice, through deep contemplation, through Shikantaza.

Idolizing a teacher is one side of the dilemma. The other lies in the teachings themself. Over the life of our spiritual practice, there may be times when we begin to conceptualize the nonconceptual. We begin to “know” rather than remain open to. When we cling strongly to what we have learned, it becomes easy for us to be convinced that we get it, and in fear of losing it, we begin to hold tightly to it. This fixation ends up becoming a crutch towards our growth. The teacher and teachings are both useful and to some degree, necessary, so they should be utilized, but both also must, ultimately, be allowed to drop away. For one to truly grow in spiritual practice we must let go. Let go of all concepts and remain in an attitude of openness, eagerness, and without preconceptions. A state known, among Zen practitioners, as “beginner’s mind.”

Killing the Buddha means killing our conceptualizations, killing the belief that we understand it all. This might seem counterintuitive; after all, if we let go of our knowledge, what’s left? Total exposure. It consists of the openness of all experiences, the certainty of uncertainty, the security of insecurity, and the comfort in vulnerability. It’s being courageously present, whatever that means, with things just as they are. We are each our own teacher and simultaneously each our own teaching.

It’s at that point in which we’ve come full circle. When we kill the Buddha, we can transcend. This transcendence comes through our own experience, for at that point, we are back home. We are Buddha. Paradoxically, the minute we realize that, we’ve also lost it.

So the next time you see the Buddha on the road, be sure to kill him.

Chris Pacheco is the Associate AV Editor at Lion's Roar, a Brazilian Jiu Jitsu practitioner, and writes On Being Human, a monthly newsletter to share ideas that could potentially change the way you live.