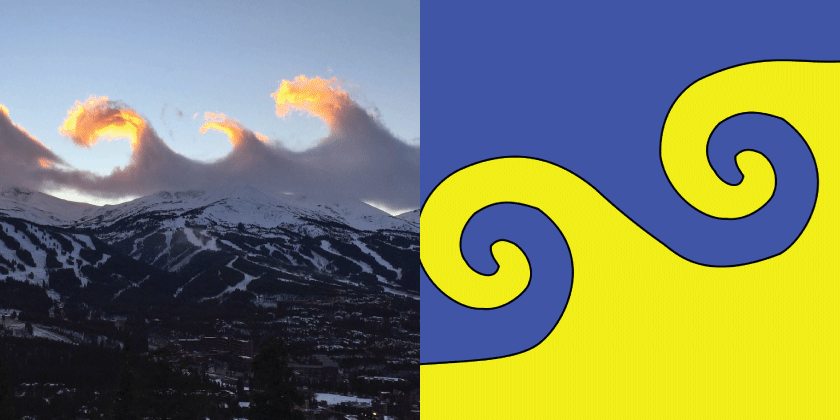 Or is it just a Kelvin-Helmholtz cloud formation? Well, maybe it’s both. This spectacular image was tweeted from Breckenridge Ski Resort on October 30, and the Internet took notice. The Washington Post explains that these kinds of cloud form in unstable, windy atmospheres. But to some Tibetan Buddhists, the clouds look like something else.

The Dream Flag is a symbol of the Kagyu School of Tibetan Buddhism. As dharma-haven.org explains, the Sixteenth Karmapa saw the flag in a dream. The blue of the flag symbolizes heaven and wisdom, while the yellow symbolizes earth. The Karmapa proclaimed, “Wherever this banner is flown the Dharma will flourish.” In North American Tibetan Buddhist communities, it’s also a popular sticker in the back window of cars. 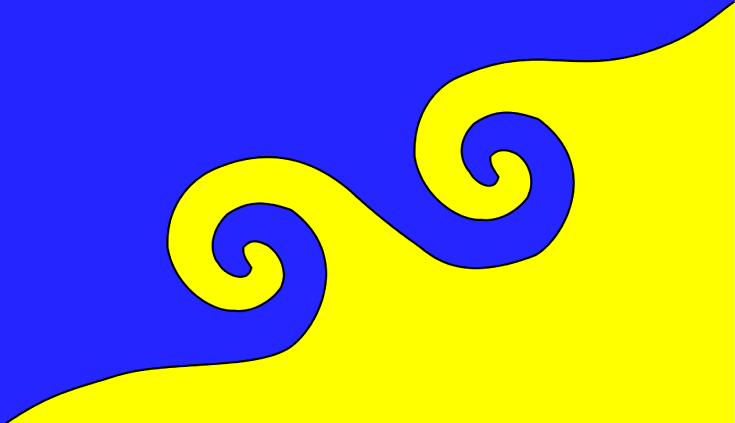 The photo was taken about 100 miles north of Crestone, Colorado, which the Karmapa identified as a potential hub of Tibetan Buddhism in North America during a visit in the 1970s. Crestone is now home to three important teachers in the Karmapa’s lineage, as well as more teachers from other schools of Tibetan Buddhism. This author reserves judgments of superstition, but it’s certainly a nice coincidence. Here’s a very cool gif of the anomaly:

Update – December 14, 2015: Another beautiful occurrence of Kelvin-Helmhotz Wave Clouds, this time in Utah: