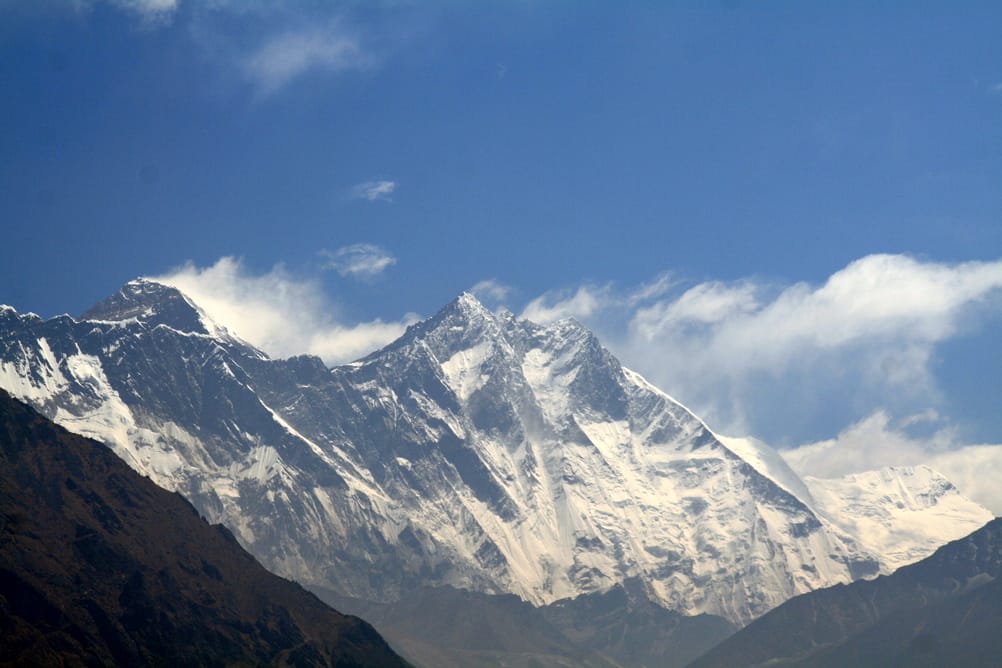 Am interested in being of any help I can in your work if you wish me to.
But
I have no meditation except my daily scheduled work which begins with the watering of the plants, answering the telephone and the mail & continues with my music, writing with words (mostly mesostics), and/or graphic work (drawing if at home; watercolors or etchings in special studios), and ends often with a game of chess. I would prefer a live interview.

This was John Cage’s handwritten reply to my request for an interview. I was working on a project called “Artists Who Meditate” and Cage, one of the most influential composers of the 20th century, was most receptive. He believed that if someone wrote to him or called him, it was simply a matter of course that he should respond. Cage was filled with human obligation; it was part of living and making art non-intentionally.

At a young age John Cage (1912- 1992) began a lifelong study of music, mushrooms, painting, poetry, dance, and eastern philosophy. Early in his adult life, he devoted himself to the study of music with Arnold Schoenberg. His friends and colleagues included Marcel Duchamp and Merce Cunningham, and together, they had an extraordinarily profound effect on art. One of the major shifts they effected was from art that revolved around the artist/onlooker dynamic to one of participation.

It is not surprising that Cage was interested in mind and studied Hinduism and Buddhism. Here he found the inspiration and strength to let go of control and let art “imitate nature in her manner of operation” (in the words of A. K. Coomaraswamy). The operation he chose was that of “chance” based upon the I Ching. As he said in 1957, the purpose in writing music is that of “purposeless play”: “This play, however, is an affirmation of life—not an attempt to bring order out of chaos nor to suggest improvements in creation, but simply to wake up to the very life we’re living which is so excellent once one gets one’s mind and one’s desires out of its way and lets it act of its own accord.”

Although Cage was not a meditator per se, he directly applied the essence of meditation practice to his work. Toward the end of his life, Cage shifted his study from Zen to the Dzogchen teachings of Tibetan Buddhism, which emphasize the unimpeded nature of our innate wakefulness.
In order to satisfy my curiosity about Cage’s applied Buddhism, I requested an interview with him in the fall of 1990. Our meeting occurred in his sky-lit, New York City apartment, filled with house- plants. He was so gracious and gentle that I felt completely comfortable. We talked for over two hours, and he probably would have gone on for the rest of the afternoon if I didn’t stop the interview, as his inscrutability was wearing me down.

My interest in Zen came about through reading a book called The Perennial Philosophy by Aldous Huxley, which was a collection of remarks of different individuals in different cultures at different times. They all seemed to be pointing in the same direction but they all had different flavors, and the flavor I preferred was that of Zen Buddhism.

It was uncompromising and it had certain aspects of humor. It was not possible to understand. You couldn’t go step by step to an understanding of it. |laughs] I liked all of that. More recently in the last two or three years, I’ve been introduced to a kind of Tibetan teaching called Dzogchen. I could show you one of the texts. It begins with three things. The first one is ‘the limitlessness of creation’; the second one, the right action is like ‘writing on water’; and the third one is ‘meditation is nonmeditation’.

Meditation! [laughs] I think now, particularly, the idea of the limitlessness or expansiveness of creation is very close to the effects of modern technology, which otherwise could be very confusing.

In regard to how to make a choice. Since I work with chance operations so that I don’t use emotions or thoughts about what is good and bad, I find a way, not of expressing my self in my work, but of changing my self through my work. Chance operations enable me to find one step within a vast number of possible steps to take in work, which I accept immediately without question. If I don’t like it, I ask myself why I don’t…and shortly thereafter, I do like it and I’ve changed!

Does decision-making have anything to do with Dzogchen practice?

Well, what better way to describe chance operations than ‘writing on water? It all goes together. We have so many things to do nowadays. We are closer to one another than we ever have been. At the same time we don’t write letters to each other; we telephone and fax. So to get through the circumstances of daily living with equanimity, which seems to be the center of all religious practices— instead of sitting cross-legged or whatever they do in Tibet [laughs]—you can simply answer the telephone and see how that strikes you. If it strikes you in a way that disturbs you, then you’re not behaving properly!

Do you make a distinction between “high” and “low” art?

Do you feel that your music and your personal philosophy are understood by your listening audience?

Oh, I don’t know about the listening in the audience! There’s no way for me to know. I know only what I do myself.

Do you think that attentiveness is necessary in every situation?

There is something that you always should do? We have a German tendency to think that if we say one thing, it applies in all directions, whereas, I think an Indian attitude is that certain things apply in one direction and other things apply in another. We live in a more complex situation than German thought could ever have imagined. If I use chance operations, a person of German persuasion will say, “And is that how you cook?” One should do some things one way, and some things another. One should be, in fact, inconsistent.

It’s like writing on water; you really can’t say anything about it because it is not visible. It has no shape. You can’t tell that you’ve done anything. These benefits come from working non-intentionally. I can work without knowing what I’m doing, and the strange thing is that it’s to my liking; and even stranger that it’s to other people’s liking too! That’s very funny. It doesn’t seem to have anything to do with what I know.