Psychologist and mindfulness meditator Maria Konnikova talks about what she learned about life, luck, and paying attention on her journey from complete novice to poker professional. 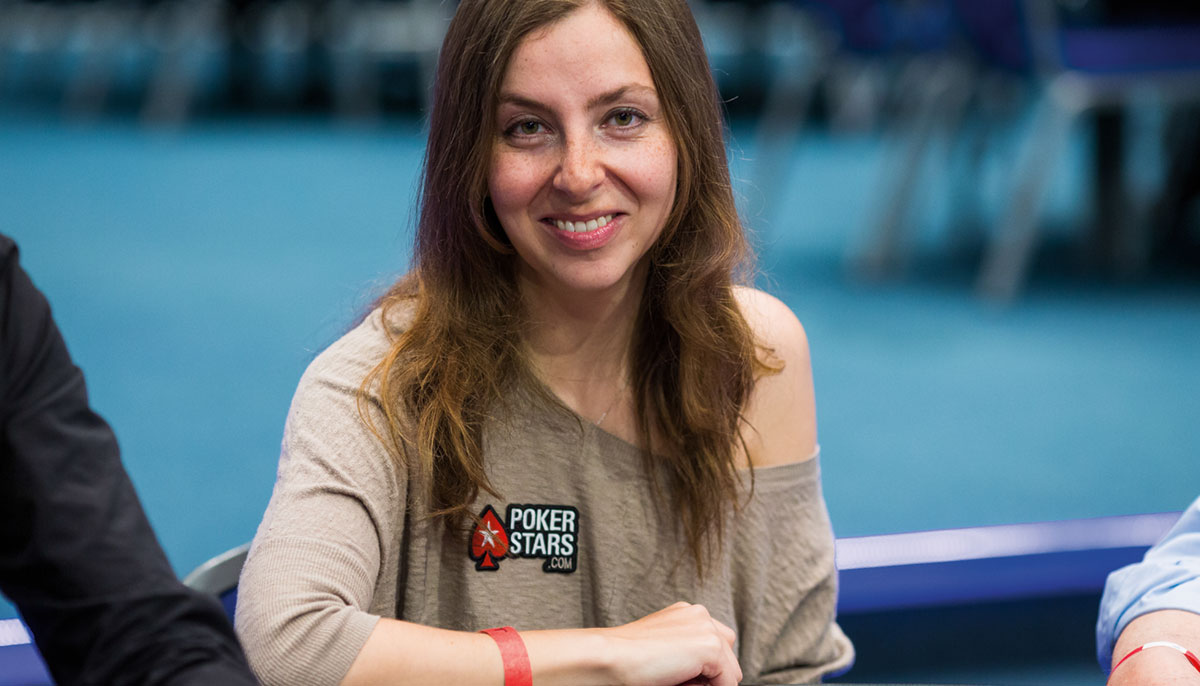 Andrea Miller: In your new book, The Biggest Bluff: How I Learned to Pay Attention, Master Myself, and Win, you share lessons from high level poker about luck and decision making. Why don’t more people embrace the idea that our lives are greatly determined by luck—be it good or bad?

Maria Konnikova: More people don’t embrace it because it’s embracing uncertainty, the unknown. The fact that there’s randomness—people don’t like that. They like to have agency. They like to feel they’re the authors of their own page.

Why is it helpful to understand the role that luck plays in life?

There are many things we do control, but you can’t have the attitude of, “It’s all me,” because that’s a limiting, ungenerous mindset. It says, “Everyone who’s not successful, well, that’s just them. They didn’t work hard enough.” And that’s bullshit. You have nothing to do with your birth. You won a lottery by being born, and then you win subsequent lotteries by being born in certain countries, of a certain religion, to a certain income, whatever it is—or is not.

It’s a powerful mindset switch to realize that there’s a huge role of chance in life, but that doesn’t mean giving up control. What we should be doing is trying to get as much agency as possible over the things that we do control and to make the best choices we can. Then the other stuff? Have the equanimity to move on—to put ourselves in a position to take advantage of the things going our way and get past the things that don’t go our way.

What has learning to play poker taught you about assessing dangers and dealing with fear?

A lot of the time, we fear the wrong things. We think people puffing their chest are stronger than us and we need to be careful. Poker teaches you that a lot of it is bluffing. Appearing strong and actually being strong are two different things. So, for me, poker has been a powerful way to conquer my fears, my emotional insecurity. As my husband put it, since starting to play, I take a lot less shit from people than I used to.

In life and poker, what’s the benefit of failure?

Failures are what got me to write this book. Things weren’t going well, and I had this realization about the power of chance. That would never have happened had I kept on getting lucky.

So, moments of failure ask of us to go back through what we did, pick it apart, and examine it for flaws. If we have room for improvement, we put ourselves in a position to succeed next time. If we’ve put ourselves in a position to succeed and we fail all the same, we realize that it’s not on us, which is a mentally healthy thing to do. And we keep trying.

How did you get into mindfulness meditation?

My first book, Mastermind, was about Sherlock Holmes, but really it was about mindfulness. When I started researching it—and this was a while ago, before mindfulness was a buzzword—I became intrigued. I’d been doing yoga for a long time. So, I added meditation to my Ashtanga practice and I never looked back.

Does meditation help you in poker?

The ability to pay attention is crucial to everything in life. In poker, in particular, it’s important to concentrate for long periods of time—to have your mind be present and not wandering all over the place. When you’re doing meditation, especially Insight Meditation, you’re paying attention. You can direct that paying attention outwards when you’re at the poker table, but the ability to direct it inwards is also crucial. It helps me identify my emotions and whether I’m mentally and physically in the right place to be playing what I’m playing, and, if not, how I can try to adjust.

One of the major problems that poker players have is with their mental game. They let things get to them, which corrupts their decision making process. There’s stuff you’re supposed to dismiss, but if you’re not even aware it’s happening, how in the world are you going to dismiss it? Meditation practice gives me the ability to focus on elements of my mind and body at will and to hold my attention there. This has helped me in poker to maintain a stronger mental game.

How do you practice before a poker tournament?

It’s abridged because I also value sleep for cognitive performance. So, after I wake up, I’ll do an abridged yoga practice, about half an hour. Then, instead of a full meditation, I’ll usually do ten to fifteen minutes.

Do you practice mindfulness while you’re actually playing?

Mindfulness is a way of being that you start internalizing after a while. I’m much more aware of my body, breath, and thoughts than I otherwise would be. I make a conscious effort to be aware during poker, especially during tense moments—moments of time pressure, of emotional pressure. But as far as sitting there and saying, “Oh, let me check out for a second and do a bit of mindfulness meditation,” you can’t do that in tournament poker. You’re constantly playing. So, it’s more of a focused mindset as opposed to something formal.

Do you know other high-level poker players who practice mindfulness or meditation?

Lucky Chewy, whose real name is Andrew Lichtenberger, is an incredibly successful poker player. He wrote a book called Yoga of Poker and he’s definitely into meditation and mindfulness. At the highest levels, people try to get a competitive edge however they can. A lot of people have come to realize that mind-body maintenance is important when it comes to maintaining high performance over long stretches of time and that concentration can benefit from meditation.

Besides meditation, what else contributes to your well-being?

For me, yoga is huge. I’ve been doing it for well over a decade every single morning, and it’s important for both physical and emotional well-being. To any poker player, physical fitness is important.

And eating well is important for being able to function at a mentally high level for long periods of time. You have to realize that different foods affect your body in different ways. The first thing I do at any poker stop is see if there’s a health food store nearby.

How has mindfulness benefited your life in general?

It’s made me a better writer because I’m able to stay focused for long periods of time. It’s made me someone who’s calmer, who’s better able to maintain emotional balance, who’s not easily riled up.

I’m not saying I don’t get stressed, because I do. I have a lot of things going on and feel overwhelmed at times, but having that practice gives me tools to deal with it, to say, “Okay, I’m feeling overwhelmed right now. How do I center myself and keep going?”

Does mindfulness help you let go of past mistakes?

Yes, absolutely. One of the main lessons that poker teaches you is the necessity of letting go of outcome and of focusing on process. And that’s a very Buddhist thing. Having that mindset going into poker is empowering. It enables you to move past negativity and realize that you should be focused on the things you’re actually able to control—the things that will let you improve.