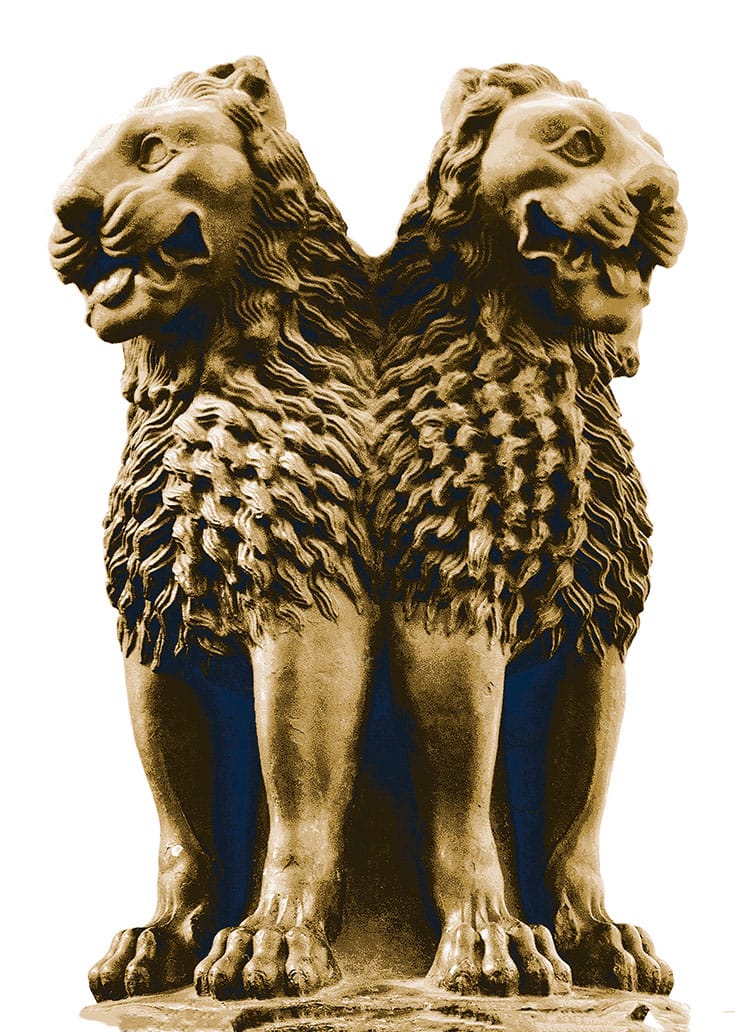 At every stage of our path, says Chögyam Trunpga Rinpoche, the fearless proclamation of the truth cuts through ego. Are we ready to hear it?

This teaching of the four noble truths and the dharmic journey of discipline and passionlessness are the Lion’s Roar on the path of individual liberation. Here, the Lion’s Roar provokes fear in those who wish to remain complacent and provokes courageous action in those willing to enter the path of meditation.

In the Mahayana, the bodhisattva path of wisdom and compassion, the Lion’s Roar is the Buddha’s proclamation of emptiness, the principle that all experience is by nature empty of concepts and of any fixed thing. Here, the path becomes a great, wide highway where one is working with both recognizing the emptiness of phenomena as well as generating compassion for sentient beings.

In proclaiming the culmination of Mahayana, the Buddha taught that the state of enlightenment is brilliant, indestructible, and free from twofold ego—the ego of self and the ego of phenomena, or other. This Lion’s Roar is said to have given heart attacks to some of the Buddha’s disciples. It was apparently deadly to those trying to maintain some solidity or reference point in their practice or livelihood.

In the Madhyamika, a well-known scholarly tradition of Mahayana that proclaims the wisdom of the middle way, there is another meaning to the Lion’s Roar. When a student’s intuition and the truth of the dharma come together through practice and study, this is described as the proclamation of the Lion’s Roar in all directions. The idea is that the student’s own reasoning and the truth, or substance, of dharma that he or she connects with are like two lions standing back to back. The sound of their roaring extends in all directions and leaves no hidden corners where ego can hide.

In the Vajrayana, the tantric path of indestructible wakefulness, in which great sanity and great devotion are joined together, the Lion’s Roar is referred to as resounding thunder. This is the sound of indestructible proclamation that is the complete embodiment of fearlessness. Such a bold statement makes the Vajrayana teachings self-secret: the roar of the lion deafens some, who are fearful, and is wakeful for others, who are willing to rouse themselves from the sleep of basic ignorance.

When the Lion’s Roar of Vajrayana is heard properly, the kleshas and other neuroses are shaken and turned into amrita, a nectar that intoxicates extreme beliefs and turns the poison of the kleshas into the medicine of wisdom. This is the notion of transmutation: through the discipline and devotion of Vajrayana practice, the poison of ego is transmuted into vajra nature—ultimate sanity and ultimate compassion.

In general, throughout the Buddhist teachings, the idea of the Lion’s Roar is twofold: on the one hand, it is the Buddha’s presentation of the basic teachings of dharma. On the other, it is based on students’ own practice and proclamation of the dharma, having recognized its truth from their own experience. In this way, the Lion’s Roar continues to be heard, and the teachings can spread in order to wake all sentient beings.