Susan J. Stabile on how to live with — or even support — your partner’s differing beliefs. 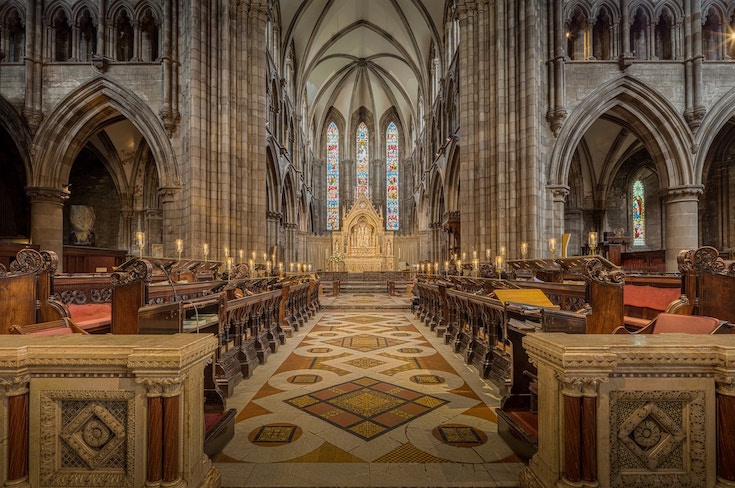 Question: Lion’s Roar, help! My partner has returned to his Catholic roots and I am struggling to accept this. I have spent the past few months working to live the Middle Way, but then something happens—a church-related event or news in the media about the Catholic Church—and I am filled with frustration and anger. I want to be joyful about his rekindled relationship with his Higher Power—this is wonderful!—but I’m having difficulty separating my partner’s personal beliefs from Catholic doctrines I don’t agree with.

Answer: Having returned to my Catholic roots after practicing Buddhism for twenty years, I can tell you that those roots run very deep. So it is not surprising that your partner’s return to his Higher Power also meant a return to his Catholic roots.

For me, the primary move was back to God, a move that pulled Catholicism in its wake. Had I not been raised Catholic, I likely would not have chosen to join the Catholic Church. I suspect the same is true of your partner.

It may also be that he, like many of us, finds a sense of home, albeit an imperfect home, in Catholicism, despite not being fully receptive either to all Catholic teachings or to the way the core teachings of Christ are implemented in the human institution of the church.

I invite you to sit with the anger and frustration—not in judgment, not with the intent to change or do anything with it, but just with bare awareness of it.

So rather than trying to separate your partner’s “beliefs” from Catholic doctrine, try to rejoice in his having found a means to live out his relationship with God in a way that works for him. You can do that without loving—or even liking—the institution of the Catholic Church.

Second, if you have not already done so, I invite you to sit with the anger and frustration—not in judgment, not with the intent to change or do anything with it, but just with bare awareness of it. Often, that helps reveal a previously undisclosed feeling or issue that is manifesting as anger or frustration. It is a lot easier to address the root issue than its manifestation. Often merely seeing what is underneath the anger and frustration helps to dissipate it.

Finally, let your partner help you understand how his chosen path is helping him to grow in compassion and wisdom. If you focus more on the fruits than the method, you will find it easier to be joyful for him.