In the face of challenges like the coronavirus crisis, says Rodney Smith, we must remain vulnerable and tender toward our grief and surrender to love. 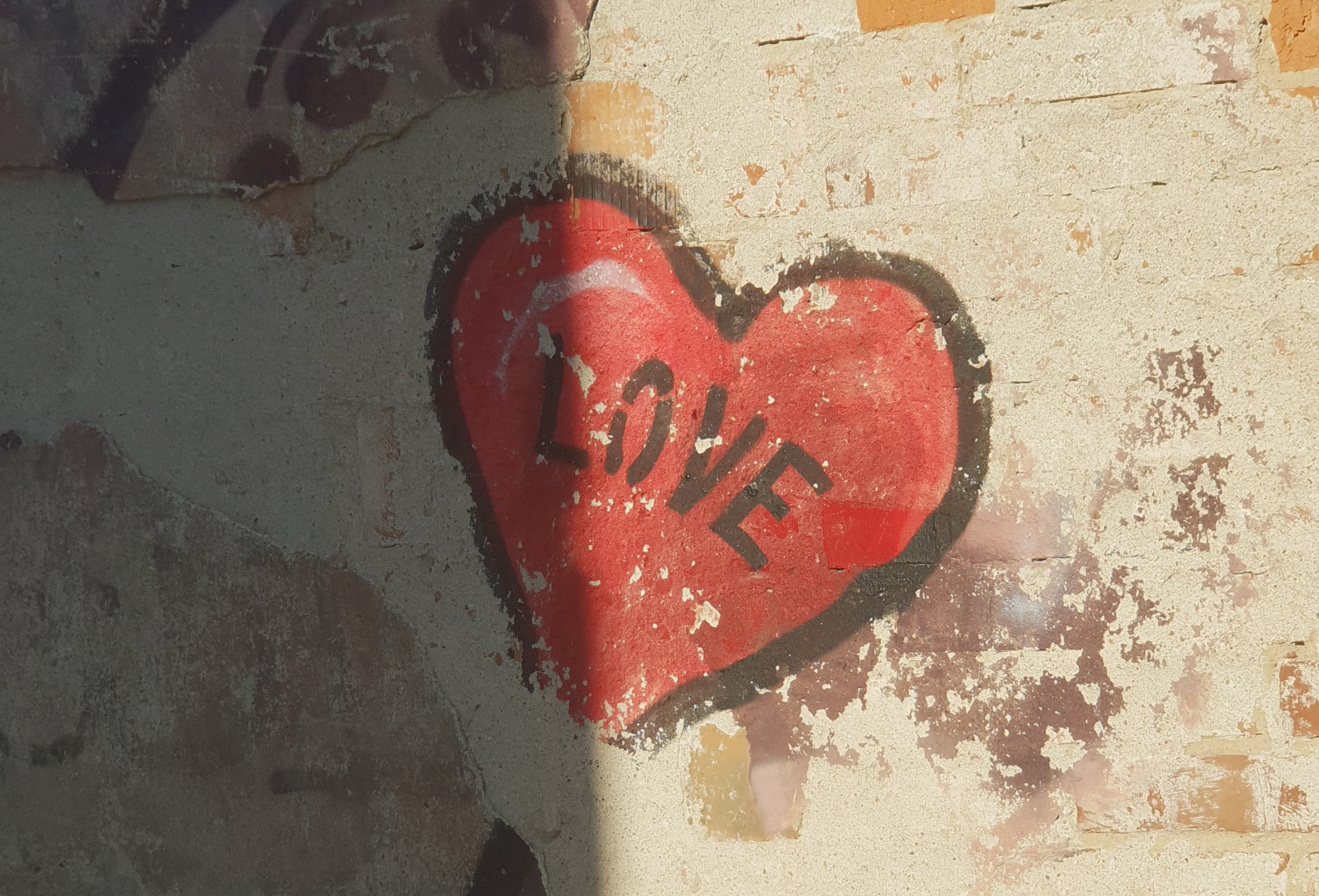 I live in the Seattle area, one of the early epicenters of the coronavirus, where we are all hunkered down. I’m staying home, taking a daily walk outdoors, and avoiding groups of people. I’m a person of high risk, having two or more risk factors that increase the likelihood of complications or death if infected to somewhere between 5 and 10 percent. Though that seems relatively low, it’s enough to keep me compliant to the “stay home” instructions.

I’ve noticed something interesting when I journey out for my morning walks: total strangers wave and ask me about my well-being. These greetings during my walk feel rare and unexpected. Although Seattle is generally a kind community, people here have always seemed comfortable in their aloneness and hesitant to extend themselves to others without invitation. Neighbors, too, are reaching out. A few younger friends have offered to grocery shop for my wife and me, often refusing reimbursement for the produce purchased. This outpouring of goodwill seems to be city wide.

Why do we have to be traumatized before we reach out to hold our neighbor’s hand?

Why does the heart of the city appear to be opening? In her book A Paradise Built in Hell: The Extraordinary Communities That Arise in Disaster, Rebecca Solnit makes the case from her research of post-disaster areas that often such regions become a kind of paradise amid the rubble. People provide and look after one another. “In the wake of an earthquake, bombing, major storm,” she writes, “most people are altruistic, urgently engaged in caring for themselves and those around them, strangers and neighbors, as well as friends and loved ones.”

Solnit continues, “These remarkable societies suggest that, just as many machines reset themselves to their original settings after a power outage, so human beings reset themselves to something altruistic, communitarian, resourceful, and imaginative after a disaster, that we revert to something we already know how to do. The possibility of paradise is already within us as a default setting.”

Solnit’s research brought to mind an image from the September 11 attack on the World Trade Center. As people jumped off the towers, some were seen holding the hand of another. Even under extreme duress and facing their own death, people wanted a sense of connection.

Why does it take a disaster to bring forth what is intrinsically within us?  Why do we have to be traumatized before we reach out to hold our neighbor’s hand?

I remember watching television on 9/11 as the tragedy unfolded in real time. Immediately, an upwelling of care, compassion, and concern arose in me for the massive destruction and numerous deaths. I could sense the grief that was enveloping the scene alongside the smoke and ashes from destroyed buildings. I started to gently weep, and then I was angry and enraged that such devastation was caused deliberately by other human beings. The anger shocked me awake. Where had this emotion come from when moments before I was tenderly despairing?

The instant I viewed the destruction, the natural response of compassion arose — a raw expression of heart without thought or story. Compassion necessitates an open heartedness that is expansive without resistance or defense.  Compassion does not move from pain, but embraces it. When we are being attacked we do not want to be vulnerable, so our narrative moves quickly through compassion to fear, and then to anger where we can rally our internal forces against the perceived threat. This emotional flow occurs in the blink of an eye, and shuts our hearts down despite the devastation before us.

Since it’s an empowering emotion, the mind seems to stop at anger. Anger is vengeful and self-righteous, while fear and vulnerability are destabilizing. With the advent of anger, we feel now on top of the situation and a rush of self-empowerment steadies and defends against outside threats.

To avoid going straight to anger, we can learn to rest in our vulnerability. The state of vulnerability can be used as a gateway. Our allowance or aversion to the state of vulnerability seems to be the origin of all emotions, positive and negative. Negative emotions come from an aversive reaction to being vulnerable, while positive emotions arise by allowing ourselves to remain vulnerable. We tend to choose the wrathful response over the tender one when we feel threatened. We are only able to choose the kind and caring response when we are grounded and stable within ourselves.

We begin the process of being conscious whenever we catch ourselves being unconscious. Often a moment of vulnerability evolves too quickly for a conscious choice to occur. It can be helpful to unwind our aggressive, fearful emotions and trace them back to the moment we ran away from tenderness. For example, say after a series of events we find ourselves angry and irritated. Noticing we are angry, we sit down and allow the defensive covering to subside. We become aware that underneath our anger is a complex series of interrelated emotions including anguish, fear, disappointment, hopelessness, and grief. These emotions expose what we perceive as our weaknesses, and we become enraged all over again. Now, we can recognize that anger is a protection from tenderness, inhibiting our sensitivity. Reflecting upon this, we realize that we might be equating tenderness with weakness and lack of strength.

Anger can also be a reaction to grief and the loss of something we care about. Something important to us was taken away, destroyed, or lost. Our grief exposes our vulnerability and we become angry about the loss. In our anger, we identify a guilty party, and once the culprit is found, the world makes sense again.

Remaining vulnerable within grief is the wiser choice. The more tender we are, the closer we are to love. Too often we allow fear to impede love, choosing self-power over self-exposure. When we really feel the painful, raw exposure of loss, we move into and through our grief, coming closer to love. We slowly learn to trust the heart’s response of tenderness and caring over the defense mechanism of anger.

At the epicenter of disaster, there is no wandering off. The pain is in every direction, but so is the connection, the grief, and the love.

We move directly to anger so often because we do not trust love to handle the situation, but love is not irresolute. It can and will take a firm direction, resolving situations as decisively as anger would. This is not the conditioned love we develop toward the forms of the world or in our private love life. Rather, this love is the natural response that emanates from the perception of wholeness. This love appears in the quiet absence of oneself and disappears when thought begins to divide wholeness into polarities such as enemies and friends. In the face of disaster, this love emerges as the dominant radiating energy if we allow it to.

I led a retreat in Oklahoma City just days after days the domestic terrorist bombing in the city on April 19, 1995. No one could not get away from the tragedy. Every person, every conversation, and every perception in every moment were pressed against the reality of the bombing. They were living within the tragedy without the option of escaping. As a result, the participants did not need me — the teachings were immediately available within them.  With their open hearts and awakened minds, they appeared to have the sensitivity of sustained long-term practitioners. They spoke of their felt sense of deep connection with the entire city. Everyone knew someone who had died or was injured, and the city met the devastation with tenderness. All they wanted to do was assist in whatever way they could.  The sense of love throughout the city was tangible and contagious.

When we sit miles from the site of a disaster, watching on TV, our minds may only be held captive momentarily. We can easily wander off, far from the heart, and fill our heads with the story of angst and disgust. At the epicenter, there is no wandering off. The pain is in every direction, but so is the connection, the grief, and the love.

Here in Seattle, the virus is flourishing and the streets are eerily quiet and calm. Some of us remain on edge knowing our risk factors and what is occurring within the walls of our hospitals.  We are flooded with news of the impact of the virus all day, and can only marginally escape our susceptibility to and spread of the virus with gloves, masks, and disinfecting wipes.  We are exposed and unguarded, and yet something uplifting is in the air. The illness has bonded us together in ways our normal lives have not. Perhaps the greater lesson is to surrender to love, wash our hands, and reach out to one another.

Rodney Smith taught Insight meditation for 35 years before retiring in 2017. He is the author of four books including Touching the Infinite.