A child of one economic crisis, he died on the eve of another. His gift of love was economic security for his family. His son James Kullander reflects on the sadness of a legacy lost. 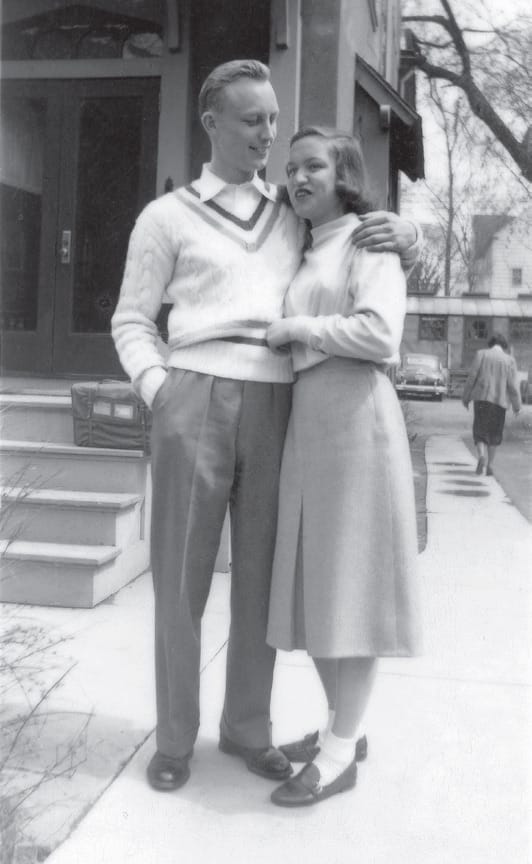 This September will be the first anniversary of my father’s death. It’s not just that I miss him. I do. But I am also mourning something else.

Before my father died, I considered whatever he was planning to will to me, my mother, and my three brothers a gift—nothing more and nothing less. But in my father’s final hours, I realized it was more than a gift. For him it was the equivalent of his love for his family.

Since my father died, millions of people have lost trillions of dollars due to the crumbling economy. While we all take in our individual and collective losses, a special grief has run though me like a quiet, steady stream. Looking at the graphs that track the stock market’s decline, I feel as if the years of toil my father put into his work and investments are disintegrating. In Buddhism we learn to use equanimity to cope with the losses we experience, but this economic crisis is tough. While so many of us have reacted with anger, panic, or anxiousness, what I feel more than anything else is sadness for my father and his hopes.

My father grew up poor and fatherless. His own father, a Swede who’d come to America as a young man, drank and gambled away a successful building-supply company in southern California. In the 1930s, when my father was twelve years old, he and his sister climbed into an old, black Chevrolet, with their mother at the wheel, and the hapless threesome bounced on bumpy roads across the country to Greenwich, Connecticut. At one of the estates sprawled out on the rolling, green suburban landscape, there was a housekeeping job waiting for my father’s mother, a Norwegian who, years later, would end up having a breakdown and living the rest of her days in a mental institution.

My father worked on the estate helping out with the chores. Then, when he was old enough, he got a job as a soda jerk. There’s a saw-tooth photo of him behind the counter, as thin as a rail and with hair so blond that even in black and white it startles the eye. He became an Eagle Scout and graduated from high school with honors. At the outbreak of World War II he joined the Marines and was assigned to the military police at Pearl Harbor. After the war, he completed his engineering degree at Syracuse, where on a blind date he met the woman who would become his wife and my mother. He launched himself on a career path that took him from sales, to personnel management, to various executive posts, finishing his slow but steady climb up the corporate ladder as president of Mueller Brass Company in Port Huron, Michigan. He retired in 1986.

The guy worked hard and he worked quietly, often disappearing from the family for days in a row while he toiled away at jobs he sometimes disliked and that wore him out. He had four hungry boys and a wife to feed and shelter, and he did so—unlike his own father. Sometimes, Dad would remind us of his dependability, saying that none of us would ever have to worry about where our next meal was going to come from or about having a roof over our heads.

At the dinner table one time when I was a teenager, my exhausted mother complained about my father being away so much. His response was this: If we wanted to continue to live the way we were living, then he would have to continue to work as hard and long as he was working. If we didn’t, then he would cut back on his hours at the office, pass up promotions, and spend more time at home. I remember this family discussion drifting to an incomplete end. I knew what my mother was thinking—even if she didn’t say so—and it was not what I was thinking. I was thinking I’d like to have him at home more. That never happened.

He filled his absence with the fruits of his labor: a lovely house on the shore of Lake Huron, money for my mother to buy nutritious food to feed us, a fully paid college education for all four of his sons, graduate school for me, and even help with the down payment on the first house my wife and I bought in upstate New York. He was not affectionate or demonstrative. He never cooked anything. He was not big on spectator sports, so he never took me or my brothers to any games. He was generous when he wanted to be, but he never spoiled us. My brothers and I had to work throughout our school years if we wanted anything more for ourselves than food, shelter, clothing, and education. I was ten years old when I got my first job, ordering flower seeds from comic books and peddling them door-to-door in our neighborhood, and I haven’t stopped working since—forty-six years later. I have always been grateful for this lesson and for the things my father bought for us with his hard-earned money, even if I rarely said so.

Days before his death, he drifted in and out of consciousness in a cool, dark intensive-care room in Jacksonville, Florida, a sprawling city where my mother and father had chosen to live the rest of their days. During one of my hospital visits, my father, tangled up in tubes and wires, struggled to tell me, “You’ve been a good son.”

I replied, “And you’ve been a good father.” It was all I could do to hold back my tears as his dripped down his sallow, sunken cheeks. I touched his withered hand—something I’d not often done during our lives together.

A hospice nurse and chaplain stopped by a few days later and suggested that my brothers and my mother each take turns saying goodbye. The nurse said that sometimes dying people need to be told that those they’re leaving behind will miss them but that everything will be okay. Hearing, the nurse said, is the last of the senses to go. It’s as if the dying person needs permission to die, even if they are unconscious.

One afternoon I sat on the edge of a chair by my father’s hospital bed, my hands resting on the chrome rail in an attitude of prayer. I said what I needed to say, never expecting any response from him. I sat there in the silence, feeling a little awkward. Then, after a moment, my father took a wheezy breath to speak.

I was not sure what he said, and—if these were to be his parting words—I really wanted to. I asked him to repeat. Eyes still closed, he took a bigger, deeper breath.

“Plenty of money?” he said again, this time annunciating his words as much as he could with his dentures removed.

I could not believe it. My father was always looking out for his kin. “Yes,” I said, smiling. “Plenty of money.”

He heard me all right and he pursed his lips into a small grin. Those were the last words we spoke to each other. He died the next day.

The global economy began to collapse almost immediately after he died, and sometimes I wish my father had lived so that he could have shored up his investments. He’d always had a sober, sound, anticipatory judgment. For years, in phone calls I’d barely understood—I was never that good with numbers—he’d told me that stock market prices were over-inflated and the price-per-earnings ratios were due to plummet. It was largely because of his strategic market moves that the value of the investments he left behind declined less so than those of many other people. Staying away from companies he suspected of “cooking the books,” he never came within a million miles of Bernard Madoff and his ilk. Like the good Buddhist we all long to be, my father tapped into the power of mindful, focused attention on what he considered his own best qualities and, in doing so, demonstrated immeasurable compassion for his family—even though he would never have described it in such a way. There is enough for my mother to live on comfortably for the rest of her life, and a small amount for my brothers and me. That is, I won’t be quitting my job and retiring to a lovely, thatched-roof cottage in Ireland’s Connemara anytime soon. My brothers and I will all still have to work for a living, and that’s exactly how he would have wanted it.

At times I am thankful my father died when he did. If he’d had to watch much of his life’s work go down the drain as quickly as it did, he might have died from a broken heart. As it was, the cause of death listed on his death certificate was “failure to thrive.” My father spent most of his adult life devoted to the stock market, and its volatility over the past several years was hard on him. Perhaps he’d simply had enough.

He lived his early years through the Great Depression of the 1930s and died at the very beginning of the world’s next large economic collapse. So in a way, his birth and death have a sort of symmetry, the arc of which shows that he did everything he could for his family’s financial well-being. We tend to spend our time wishing people would love us in the way we’d like them to, instead of simply accepting the kind of love they are capable of giving. With his investments intact when he died, my father left us believing his family would have the money he had worked so hard to earn, knowing too that we knew he had loved us as best he could in his own, inimitable way.