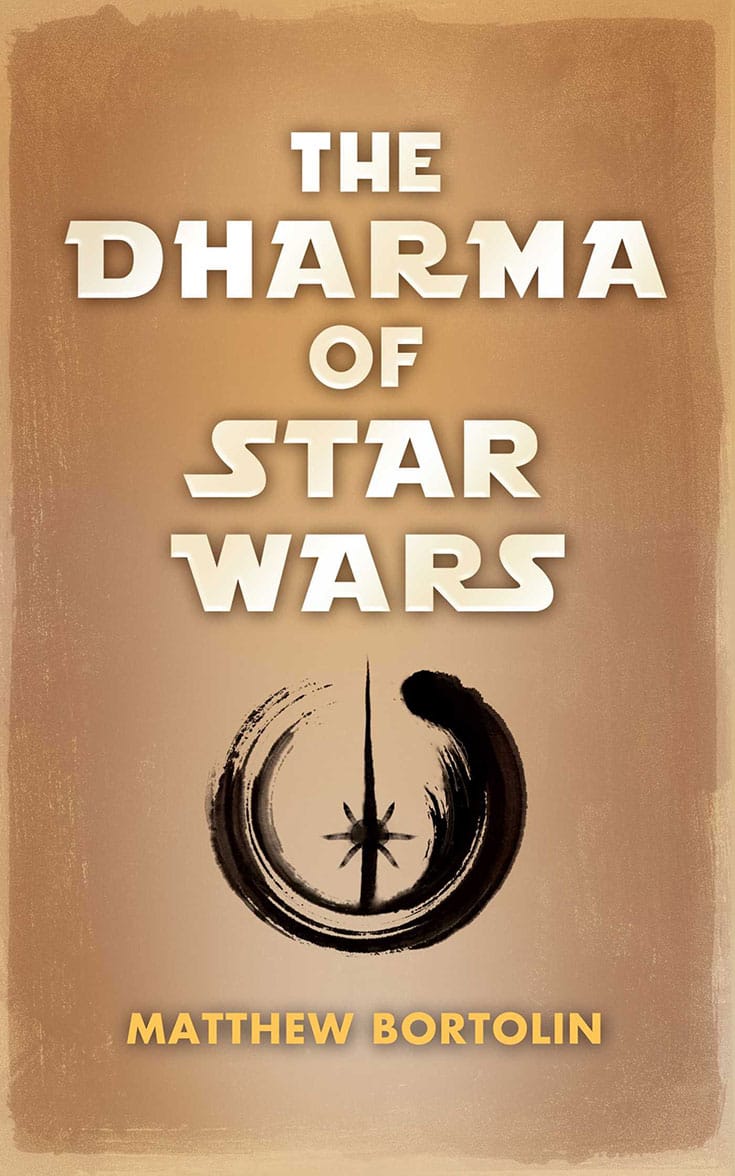 In his book, The Dharma of Star Wars, Matthew Bortolin — a student of Thich Nhat Hanh — sorts through the films’ spiritual themes and applies Buddhist teachings to George Lucas’ epics. He writes, “In Star Wars, it is Luke Skywalker in the saga’s ﬁnal chapter that best exempliﬁes wisdom and compassion. In Return of the Jedi Luke has developed these qualities of being better than any Jedi before him—even better than his Master Obi-Wan.” Read about Luke Skywalker’s practice of wisdom.

Luke’s true Jedi mastery is demonstrated by the fact that he allows himself to be vulnerable to suffering. By doing so he discovers an inner strength greater than that of any Jedi of his time and even of the previous era of the Jedi’s ascendancy.

After his confrontation with Darth Vader in The Empire Strikes Back, Luke knows good still remains in his father. Obi-Wan, however, cannot see this. He is attached to the view that Vader is “more machine than man, twisted and evil.” Obi-Wan fails to look deeply, to see past the vile acts of Vader and recognize the heart of a man who was suffering terribly. Luke does not make the same mistake. He saw that his father had forgotten himself and needed to be offered understanding and compassion in order to be returned to the good side.

In Return of the Jedi Luke’s wisdom and compassion propel him to turn himself over to the Empire in order to rescue his father. He tells Leia, “There is good in him, I felt it. He won’t turn me over to the Emperor. I can save him. I can turn him back to the good side. I have to try.” Luke allows himself to be made a prisoner of the Empire in order to “save” Vader, to draw his father out of suffering. Offering understanding and compassion, Luke appeals to the good Anakin that remained in the shadows of Darth Vader.

Reminding him of his life before he turned to evil Luke says, “You were once Anakin Skywalker, my father.” “That name,” Vader replies, “no longer has any meaning for me.” “It is the name of your true self,” Luke says. “You’ve only forgotten. I know there is good in you. The Emperor hasn’t driven it from you fully.” Then Luke directs his father back to himself, to look deeply into his own nature: “Search your feelings, Father…. I feel the conﬂict within you. Let go of your hate”—for it is Vader’s attachment to hatred, hatred for himself, for his crimes, among other things, that perpetuates his suffering.

It’s important we see in this that even Luke Skywalker, with his great mastery of the Jedi ways, of understanding and compassion, cannot with his own power “turn” Vader away from the path of the dark side. This is always the case. We can only offer others compassionate support and wise advice, but only they themselves can remove the shroud of ignorance from their heart and mind. Luke does not tell Vader what he should or should not do, he simply directs Vader back to himself, to search his own feelings, to investigate his own mind and discover the truth that it is not “too late” for him, that he can still lift himself out of the dark side. This is the Jedi way, and it is also the Dharma way.