Meditation is about facing suffering squarely and seeing reality clearly. That’s why it’s the best starting place if you want to help a troubled world, says Zen teacher Dan Zigmond. 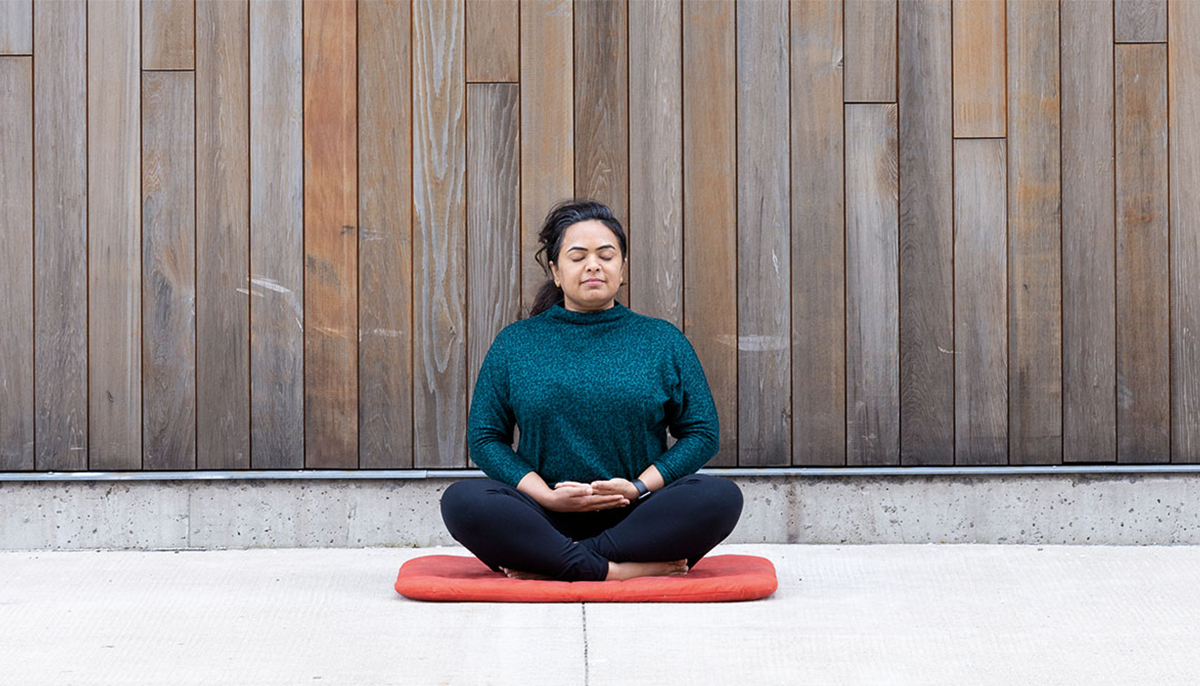 In Buddhism, we talk a lot about taking refuge. We take refuge in the Buddha, the enlightened teacher; in the dharma, the teachings; and in the sangha, our community of practitioners. But in times like these, it may feel wrong to take refuge, if it means taking refuge away from the suffering in the world.

After the killing of George Floyd, I was asked by a reporter whether meditation at a time like that was immoral. It can feel that way—like hiding or turning away—but I said I believed that meditation is the opposite. It is the practice of not turning away—of paying complete attention and facing whatever is happening in this moment.

Mindfulness is a word that’s often used to describe this practice of paying attention. It’s not a word that was used very much in English until a couple of decades ago, and it can sound kind of fancy. But in Pali, the language of the suttas, it wasn’t a fancy word at all. It was a very simple word, sati, that meant “remembering.” Because mindfulness really is that simple. It’s the basic practice of remembering the present. That includes not just what’s happening in our mind and in our personal life, but what’s happening in the wider world.

As you probably know, the Buddha started his life as a prince. His parents tried to shelter him from all knowledge of suffering. They didn’t just shield him from horrible hardships, like war; they didn’t even allow him to associate with anyone who was unhappy. But he rejected hiding away from the truth of suffering, not just because it felt immoral, but because it was also ineffective. It didn’t help anyone to run away from suffering, not even himself.

So next he tried the opposite, running toward suffering. He invited as much hardship as he could by following a path of extreme asceticism. But that didn’t work either. In fact, it nearly killed him. What did work in the end was finding balance: neither courting suffering nor avoiding it. He called this the middle way.

The middle way is about living in reality. We accept reality in the sense that we don’t deny it. We don’t pretend that things are different than they are. But we don’t stop there. The Buddha described many different components of the middle way path, and one of these he called samma-kammanta—right action. After we see the world as it really is, we take action. Based on the clarity we develop in our mindfulness practice, we respond to the world with compassion.

When we truly pay attention to the awful events unfolding in the world, of course we want to help. We want to do what we can to stop them. That may take different forms for different people; right action will look different for each of us. But we can’t do anything without first paying attention—seeing the harm, seeing the suffering.

Like so many people, I’ve been thinking a lot recently about the war and destruction in Ukraine. Then a strange thing happened: I realized I was Ukrainian.

And I don’t mean this in some metaphysical way, like “We’re all Ukrainian,” although I suppose we are. I mean more literally.

I suddenly remembered a conversation I had with my grandfather about thirty years ago. I knew he had been born in Denver, but I knew nothing about his parents, and I asked about them. He told me his parents were from Ukraine, or at least from a town that’s now part of Ukraine.

Remembering this conversation, I recalled the name of the town—Mukachevo, in the west of Ukraine—and I looked it up on the map. I asked around my family and found I actually had two great-grandparents from what is now Ukraine.

Of course, at some level it doesn’t really matter that these two ancestors I never met were from Ukraine. But it brought home to me how connected we all are. That in that town right now, in that besieged country, maybe there’s someone whose great-grandparents knew my great-grandparents. Maybe there’s someone living in their old house, or at least on their old block. Who knows how many people there are connected to me? I suppose the Buddha would say, all of them.

The great Zen teacher Thich Nhat Hanh understood that meditation could itself be a political act—that seeing clearly was a political act. His friend Martin Luther King Jr. felt the same way. I don’t know if Dr. King meditated per se, but he certainly understood the importance of paying attention. In a letter to a colleague in Boston, he explained why he wanted to give himself one day a week to what he called reflection. It was similar to Thich Nhat Hanh’s idea of a weekly day of mindfulness. Dr. King wrote to his friend, “My failure to reflect will do harm not only to me as a person, but to the total movement. For that reason, I feel a moral obligation to do it.”

I feel the same way. Meditation is not only permissible in the face of great suffering; it is a moral obligation. We have an obligation to see the world clearly and to face suffering head-on. Meditation is the opposite of hiding. It’s the act of exposing ourselves to each moment exactly as it comes. Some of those moments will be joyous. Some will be very painful. But we face each one regardless.

Dan Zigmond is a writer, technologist, and Zen teacher. His most recent book Buddha's Office: The Ancient Art of Waking Up While Working Well was published in 2019. You can find more of his teachings at www.shmonk.com.