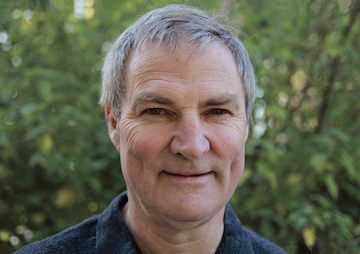 For Lion’s Roar’s 40th anniversary, we’re looking ahead at Buddhism’s next 40 years. In our March 2019 issue, John Tarrant shares what he feels is the most helpful message Buddhism can offer in coming decades.

For twenty years I struggled fiercely—
How many times have I gone down to the Blue Dragon’s cave for you?
—Xuedou

For myself, I would like to take with us on the spaceship insects, songbirds, crows, trees, crabs, rats, daisies, and the DNA for wooly mammoths, just in case. And an immense range of bacteria—it’s the little things that count. The spaceship would look very different then; you could get lost in it. Also I’d like to take songs, redwood trees, the way young people run laughing on summer nights and burst into flower, and moonlight falling on the harbor.

Oh wait, earth is already a spaceship. Then what if the spaceship itself is alive? Does it have practices of its own and teachings of its own? And what teachings are suitable for such a spaceship?

Most popular meditation methods are based on improving ourselves by pretending we don’t want or do all sorts of things that we actually do want or do. That kind of practice happens in brackets inside our real lives. I wouldn’t bring that approach along with me. I take questions about the future as a way of asking, ‘What do we include on the spaceship?’

I think that the teachings existed before there was Buddhism and that they are everlasting, like the dragon who is the universe, and who lives in all the universes.

The teachings are a record of the meetings with that dragon, by which I mean, they are a discovery of what is true and intrinsic to life. They don’t explain things; they are things. And this gives us a reverence for the small and disregarded. From the vastness of galaxies to the particles inside the atom, it’s all dragon.

We practice the teachings by stepping forward into the emptiness that is always before us. And everything we ever have been, are, and will be, comes with us.

Read the rest of the series, “Buddhism’s Next 40 Years: What’s the Message”.