Steve Silberman’s groundbreaking book, Neurotribes: The Legacy of Autism and the Future of Neurodiversity, is changing the way we think about cognitive differences. 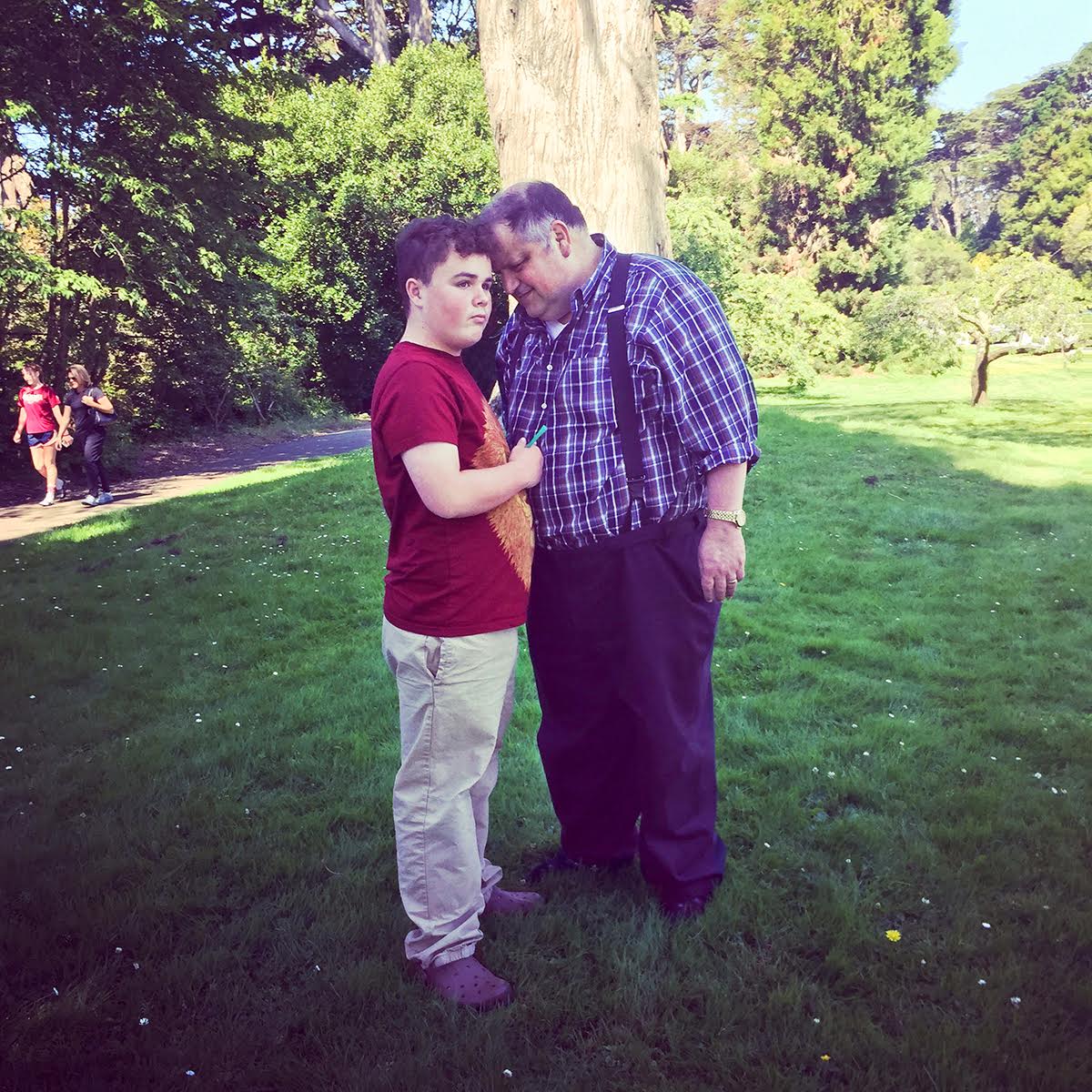 In the inspiring chapter “The Boy Who Loves Green Straws,” Silberman (right) describes the trials and triumphs of Leo Rosa (left) and his loving family. Photo by Shannon Des Roches Rosa.

If there’s one message you’d like people to take away from your book, what would it be?

That autism is not a historical aberration. It is not a product of vaccines, pesticides, Wi-Fi, antidepressants in the water supply, or any of the other factors that are constantly pointed to in the media. One of the things that Asperger was prescient about was that he believed autism was very common, once you knew what to look for.

Autism has always been part of the human community. The reason we don’t think so is because autistic people were kept behind the walls of institutions for most of the twentieth century, or they got no diagnosis at all, in the case of people with Asperger’s syndrome.

Based on the current understanding of autism, what do you think is the most helpful thing we can do for people on the autism spectrum?

The most important thing we can do as a society is not pour another billion dollars into finding the genetic risk factors for autism. We should start undertaking the process of making a space in society where autistic people can live happier, healthier, and safer lives.

In the modern understanding, the word “disability” contains within it the understanding that disability is a product of the individual’s interaction with the environment. Some environments are more or less disabling—a person with Asperger’s may not feel disabled at all when they’re sitting alone in a room. By adapting the environment to the sensory needs of autistic people, we can help them feel a lot less disabled. That’s where I think our energy should be going.

There are heroes in your book—autistic people who lead the fight to have a voice, parents who refuse to give up on their children, and a few medical practitioners. But many professionals in the history of the field come across badly—as self-promoting, fraudulent, inhumane, or just plain wrong.

I’m going to push back on that and say that almost everyone in my book—with the possible exception of Andrew Wakefield, the guy who really pushed the vaccine theory into the mainstream—is a hero. Virtually everyone in my book was trying to do something good. What doesn’t work when reading my book is binary thinking—are these people good or are they evil? Almost everyone is both, in a very provocative and instructive way.

Maybe the difference is not good versus evil, but between people who believed the lives of autistic people had value and potential and those who did not.

That’s true. And not just autistic people, but autistic traits. Autistic people have not only been part of the human community for millennia. They have also been making valuable contributions to the evolution of technology, science, and art in their own quiet ways, at the same time that non-autistic people were shunning and mocking and bullying them.

Your book has been lauded for its compassion. Did your Buddhist practice play a role in the creation of this book?

Absolutely. It’s difficult for me to separate my involvement in Buddhism from my involvement in the life of Allen Ginsberg, who was my mentor and introduced me to Buddhism. One of the things I picked up from Allen’s work was the moral obligation to give a voice to the underdog, and specifically for people in institutions. I learned that as poets or journalists we should attempt to give a voice to the voiceless, and we have to do a lot of reporting to do that effectively.

My book is also an expression of the traditional Jewish mission of tikkun olam—“to heal the broken world.” These come together with my interest in neuroscience and my personal life as a gay man. My form of loving and making connections with people was listed as a mental illness in the Diagnostic and Statistical Manual of Mental Disorders until 1973. What got it out was not that science suddenly discovered homosexuality was okay. It’s that gay people made a loud enough noise that psychiatrists could no longer bullshit about homosexuality being a mental disorder.

Similarly, autistic people are now speaking up and changing the way professionals, governments, and society understand the autism spectrum.

Autistic people are taking control of their own narrative and founding organizations like the Autistic Self Advocacy Network, which influences the formulation of public policy about autism. I feel my book is a transitional bridge from the time when only clinicians and parents could define what autism was to a time when autistic people can define their own lives and speak for themselves.

What we now need to do is let autistic people tell us what they need and where the science should go. One helpful way of judging the science is asking autistic people how they feel about a study or a suggestion for a kind of therapy—because they’re the experts at what it’s like to live an autistic life in a world that isn’t built for them.