“Never forget is now,” is the slogan of Japanese Americans who see the injustice of WWII internment repeated in the detention of migrants today. Both are rooted, says Duncan Ryuken Williams, in the definition of who is an American and who is not. 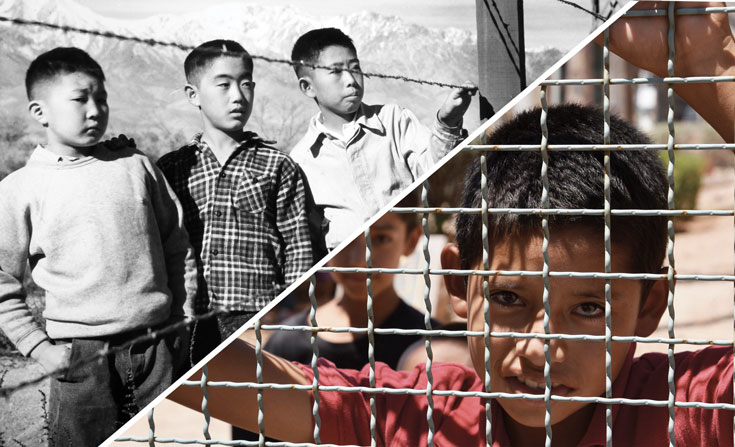 On March 26, John Sato, a ninety-five-year-old half Japanese and half Scottish veteran who had served in the New Zealand military during World War II, marched in a “Love Not Hate” protest in Auckland. The march was in response to the mass shootings at two mosques in Christchurch, New Zealand on March 15. They were carried out by an Australian man who had written a lengthy xenophobic and Islamophobic manifesto.

The elderly Mr. Sato rode four city buses to get to the rally. He was determined to make a statement that New Zealand was an open and welcoming nation, including for those who were not white or Christian.

On March 30, a group of Japanese Americans marched to the South Texas Family Residential Center to protest against the U.S. administration’s “zero tolerance policy” toward undocumented immigrants. The detention center held roughly two thousand children and women, primarily from Central America, who had been separated from their husbands and fathers.

The Japanese-American group had travelled to the center from the nearby Crystal City Internment Camp, a former WWII site where Japanese American families who had had their fathers taken by the FBI in the wake of Pearl Harbor were reunited after several years of separation.

My friend and colleague, Rev. Ron Kobata of the Buddhist Church of San Francisco (a historic Japanese American Buddhist temple) oversaw a service at the former internment camp. Twenty-five thousand origami cranes folded by the Japanese American community were later placed on the chain-link fence surrounding South Texas Family Residential Center. The project, called “Tsuru [Cranes] for Solidarity,” reflected the deep interconnection that those who experienced the effects of WWII internment feel with those held there.

In our current climate of exclusionary immigration policies around the world, we see new acts of faith that keep our hope alive for a multiethnic and religiously plural culture.

There is a certain view about race, religion, and national belonging that connects what happened in New Zealand, the WWII Japanese American internment, and the U.S. administration’s talk of border walls, “shithole countries,” placing children separated from their families into cages, and travel bans based on a “total and complete shutdown of Muslims” from entering America.

In my book American Sutra: A Story of Faith and Freedom in the Second World War, I explore how Buddhist temples in Hawaii and the West Coast were put under government surveillance prior to the Pearl Harbor attack, and how Buddhist priests were placed on registries so that the FBI could pick them up in case of war with Japan. Japanese Americans were not only excluded from the possibility of being loyal Americans, but deemed a threat to national security. Even before the smoke had cleared and martial law was declared on December 7, 1941, the first person rounded up was a Buddhist priest who served Honolulu’s largest temple.

The view that Buddhism was a national security threat was not born of a sudden bout of war hysteria. It was part of a long history, which continues to this day, of conflating religion and race to determine who should be included and excluded as Americans. For example, the very first immigration law targeting a specific group—the 1873 Chinese Exclusion Act—was based on the rhetoric of un-assimilability, marking that predominantly Buddhist community as “the heathen Chinee.”

This enduring idea of America as essentially a white and Christian nation has had two effects: the exclusion from American belonging of those deemed doubly “other,” and the second-class inclusion of those who shared either race or religion with the presumed center of American identity.

For the more than 110,000 persons of Japanese ancestry living on the West Coast at the beginning of WWII, the vast majority of whom were Buddhists, the unfortunate effect of this presumption was the forcible removal from their homes to hastily-built camps surrounded by barbed wire and armed guards. Lt. Gen. John DeWitt called the community a “menace” that needed to be incarcerated because of their “race, culture, customs, and religion” 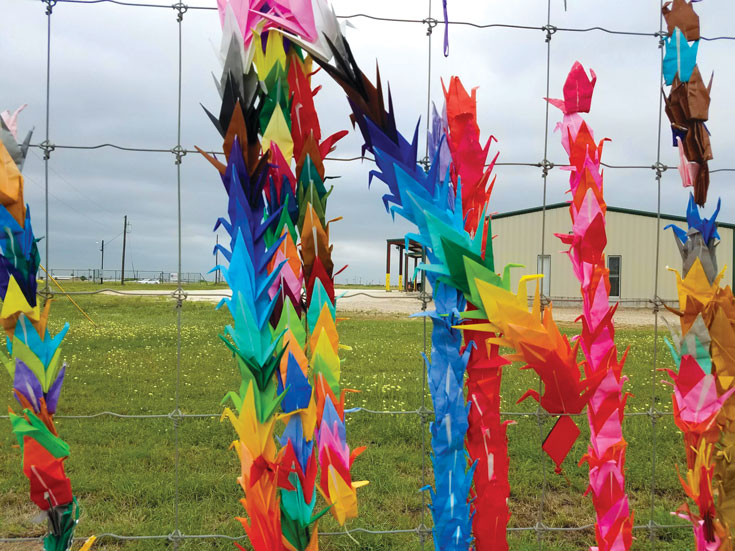 When Japanese Americans arrived at the confinement sites, the U.S. Army deemed their Buddhist scriptures or even Japanese books of poetry as contraband, based on a policy that prohibited possession of any Japanese-language publications. The exceptions to this rule were Japanese-language Bibles and dictionaries, revealing the implicit presumption of an Anglo-Protestant normativity that required Christian conversion and speaking English to demonstrate American loyalty.

Even after they had spent a year behind barbed wire, the government continued to adjudicate “loyalty” on the basis of religion. The form colloquially known as the “loyalty questionnaire” used a point system to determine whether an individual was a threat to national security or not. Those who answered Question 16, about one’s religious affiliation, as “Christian” received “plus 2” points. If one answered “Shinto,” the government deemed you an automatic “disloyal,” and those who answered “Buddhist” were given “minus 1” point in the government’s calculation of whether or not one belonged in America.

Despite the government’s view of Buddhism, Japanese American Buddhists in camp drew on the Buddha’s teachings and practices to provide refuge at a time of dislocation and hope for liberation, even in the midst of incarceration. The making of an American Buddhism in the crucible of war—the assertion that one could be fully Buddhist and fully American—was a remarkable act of faith, not only in the dharma but in the American promise of religious freedom.

“Never forget is now” is a slogan used by the Japanese-American community to recall how history is connected to the present. In our current climate of exclusionary immigration policies around the world, we see new acts of faith that keep our hope alive for a multiethnic and religiously plural culture.

Let us honor our dharma ancestors from wartime camps, as well as people like ninety-five-year-old John Sato standing up for Muslims in New Zealand, and Japanese American internment camp survivors and their descendants standing up for Central American migrants in American detention centers. Only by embodying Buddhist and American ideals do we actualize them.

Duncan Ryuken Williams is the author of American Sutra: A Story of Faith and Freedom in the Second World War and director of the Shinso Ito Center for Japanese Religions and Culture at the University of Southern California.