The World Wildlife Fund has released a report on the last ten years of their discoveries in the Eastern Himalayas. The results are at once astounding, moving, and crushing. 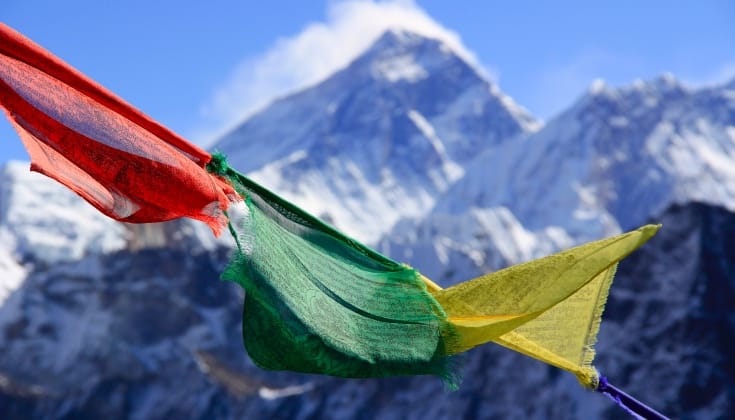 The Eastern Himalayas represent a locus of great biological discovery but the region is also one of the world’s places most directly threatened by climate change.

“The Eastern Himalayas, Where Worlds Collide.” It sounds like a tourism slogan or the tag line for an epic cinematic battle between warring nations. But actually, it’s the title of a recent report by the World Wildlife Fund (WWF). The report offers a broad recap of discoveries made by scientists between 1998 and 2008 in a region reaching across Bhutan and northeast India to the far north of Myanmar as well as Nepal and southern parts of Tibet in China.

The Eastern Himalayas represent one of the most biologically abundant landscapes, hosting a large variety of species that seem quite mystical to us Westerners. From flying frogs to the leaf deer, the world’s smallest deer, “the Eastern Himalayas harbors 10,000 plant species, 300 kinds of mammals, 977 type of birds, 176 reptiles, 105 amphibians and 269 types of freshwater fish. This region also has the highest density of Bengal tigers in the world and is the last bastion of the charismatic greater one-horned rhino” (From CNN; visit this link for more details).

Unfortunately, the Eastern Himalayas also represents one of the areas most threatened by climate change. Yet another endangered, distant paradise.

The landscape of the area is very rugged and largely inaccessible, so a thorough biological survey has proved difficult.  It may even be an impossibility; many areas have never been visited by humans. With the overwhelming threat of climate change, and the region’s famously difficult terrain, it’s possible that many species in the Eastern Himalayas may remain forever unknown and unknowable.