In this new submission to The Under 35 Project, Kieran Cunningham issues a call to identify and eliminate “empties” – those loose, unmindful expressions we use on a daily basis. 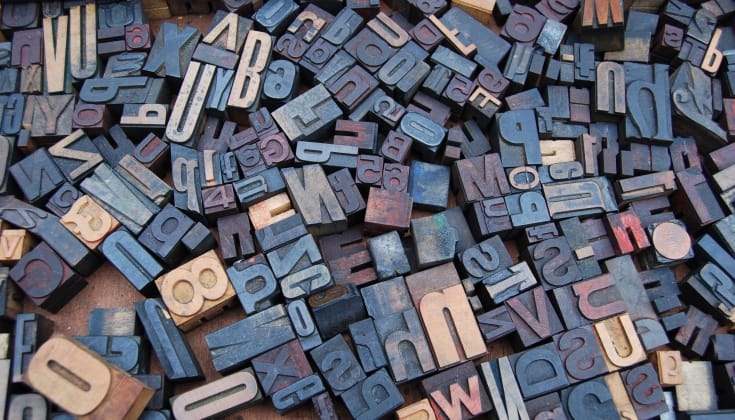 “Words are important,” a friend once told me. I’d responded to his news of a significant and challenging life event with one of those banal, tired, clichéd expressions so many of us litter our speech with in everyday discourse and, worse still, in contexts where the circumstances demand a response of more substance or authenticity.

Words are important. At best, language can only point to experience, evoking an empirically stored simulacrum of it within us. At worst it acts as a filter, reducing the specifics and vital singularity and flavor of the signified or situation to a non-specific, watered-down median of all vaguely similar experiences pooled under the same linguistic denominator since that denominator was first given form. While never fully capable of bridging the gap between itself and experience, signifier and signified, the application of care and mindfulness in our use of language can help to preclude detachment, banality and indifference, making our interactions all the more authentic and meaningful in the process.

One of the ways in which care and attention are commonly forsaken is our habitual  recourse to a collection of everyday expressions we routinely revert to as a matter of convention and conditioning. I call these expressions “empties.”

Empties are automated, generic, and most often thoughtless utterings availed of in interactions where the subject matter has in some way caused us to confront that which we employ such dictums to dispel: discomfort. A personal exploration is necessary, of course, to recognize which expressions you might use in this way, but to give an idea of what to look for let’s take a few examples I’ve picked up on from my own exchanges.

“That’s life.” The most hackneyed of the hackneyed. Envision any time you’ve heard the expression lobbed in at the end of a conversation or – even more tellingly – its middle, and its purpose is only too clear: avoidance. By throwing this blanket of platitude over the situation or event under discussion, we effectively close off to the mystery of said life evoked in it by filing the episode away with the million or so others to which we might apply the same response. How much more appropriate would it be to say nothing, to rest in the disclosure’s wake and the resultant change or energy shift and let ourselves feel what’s there to be felt? How much better would it be for both parties concerned – speaker and spoken to? Uneasiness abounds in this world where the unknown is elementary and intrinsic to everything we experience, but rather than deny it, how about letting it be? Rather than a source of discomfort or anxiety, acceptance of this fact and opening to the experience of the unknown can instead allow us to tap into the mystery of our existence, which is where the magic happens…

“Keep your chin up!” The nub of my abovementioned faux pas. As my friend correctly pointed out at the time, its application in this scenario – if not in all – was bordering on insensitive, but more critically a specimen of advice recommending the indulgence of a form of short-term, provisional suicide. Keeping one’s chin up, he said, suggested a sort of stoic, resigned and passive forbearance, a “getting through” with a brave face as opposed to meeting and experiencing a situation in attention – or “showing up” with the openness, willingness and courage of the spiritual warrior, as is advised in many spiritual traditions. My friend assured me he had no wish to do any such thing. He wished to experience the event – painful as it might be – as fully, openly and with as much presence as possible, without passing the buck unto his subconscious to gain interest and revisit him with hefty arrears at a later date. This episode was his life as much as any part, he said, and he aimed to meet it the way he had and would any other: being selective in where he chose to be present was not an option, nor something he expected a friend to advise.

“Everything will be ok.” Again, another instrument in the armoury of avoidance. ‘Ok’ occupies a very narrow sliver on the spectrum of all prospective eventualities. Everything will be as it is, no more, no less. To attach any adjective to it is to make it something other than precisely what it is, or at least to hope it will be. How good does it feel to do this? To say “this is nice,” when “this” is not? To present “ok” or “great” or “happy” to ourselves as the most and perhaps only desirable outcome or objective is to effectively state an intent to ignore all else, to train our eyes, minds and hearts on a point on the map and forsake the terrain we are walking, to sanction or endorse one small fragment of human experience to the exclusion of all others.

“Whatever.” A personal bête noir: the verbal equivalent of turning the other cheek; man’s equivalent of the wind sparing its energies only for that which offers least resistance or most pleasure and foregoing any terrain where past experiences have proven less than perfectly agreeable. While ostensibly implying a sort of desirable and healthy “letting go,” in effect it lets go of nothing but merely brushes it under the carpet.

“I love you.” A bit of a wild-card here. Are you saying it because you mean it, or just to fill the gap, the silence? Say it too many times and its denotation, its value, wanes, just like any other thing, material or otherwise, subject to such overuse and genericism. What’s more, if given to divvying out the term ad nauseum, when you really do want to say it with intent, the likelihood is it won’t serve the moment in which the sentiment beckoning its expression arises so powerfully. How much more intimate and connecting might it be to let the silence be and the same sentiment communicate itself otherwise, without words?

Certain inherited forms of group-speak or zeitgeist fashionables can be more infectious and unnoticed than items in our own, personal repertories of inattentive speech. In certain groupings – social, professional, familiar – we are apt to fall carelessly and unthinkingly into certain roles and speech patterns, adopting the vernacular idiosyncrasies of the adopted role or our company at the time and leaving authenticity, candidness and individuality at the door. Below I have noted some such expressions I’ve been guilty of in the past or hear on a regular basis in the workplace or from friends and family.

“Almost the weekend!” A poisonous phrase if ever there was one. Any expression giving voice to a wish for time to be gone is ultimately one expressing a wish to be relieved of the burden of one’s own life, if only for a fixed period of time. Imagine what effect this has one’s psyche and that of others subjected to it. Collectively it informs a mind-set subscribed to by perhaps millions, all lamenting ownership of the only life they have from the hours between Monday at 9am to Friday at 5pm. The first of the Kagyu tradition’s “Four Reflections” is a valuable memento mori or, rather, memento vivi to turn to when such sentiments arise: ‘This precious birth, free and well-favored, is so difficult to obtain. May I not waste it but make good use of it.’

“Bloody Monday!” A day like any other. You’ve got as many hours of it as you have the others. See above.

“Shit weather.” Rain isn’t shit. Rain is rain. Stop lying to yourself and let the rain be rain.

“Life’s never easy!” Ever made a cup of tea? Gone to the loo? Life is neither easy or not easy, it’s what it is, in every moment. The overlay and appetite for complexity and commotion of our conceptual, thinking mind is all that complicates things. One Zen master, when asked exactly what Zen is, offered the following words of wisdom which if followed can provide a sound antidote to such unnecessary strife-making: “Zen is doing one thing at a time. When I eat, I eat. When I sleep, I sleep.” When you eat, eat. When you sleep, sleep. When you walk, walk. When you speak, speak.

From these few personal examples it is easy to see that the foremost factors in eliciting our empties are laziness and avoidance. To deploy them is to toss a very vague and wide-reaching filter over something very specific and real to cover the sharp edges, dowse the flame of feeling or to get a period in before the direction of the moment or conversation produce any more unease. In each case, what a more appropriate response might be depends very much on the context, but I’d be happy to bet the situation – rather than the speaker’s own agenda or wish to avoid discomfort – would be best served by none whatsoever.

Beyond maintaining silence, there are several other tools useful for developing attention in speech and eradicating laziness or avoidance.

Firstly, bring awareness to when and how you use your empties and how they serve you. That which they repress is sure to contain a rich source of material to work with in meditation. What are the expressions you find yourself using inordinately in certain circumstances or in the presence of certain others? Simply recognizing them and the purpose they serve is the first step to stopping flicking the ‘off’ button any time a conversation should breach the margins of our comfort zone or threaten to expose us to a bit of feeling.

Secondly, make an effort to take at least one good breath between the end of your company’s sentence and your reply. If possible, take three.

Next, bring attention to your own voice as you speak. Listen as though it is not your own and you are a third party eavesdropping on your dialogue.

Identifying and eliminating empties may only be a small facet of practicing right speech, but doing so can have a substantial effect on the dynamic of spoken interactions and, concurrently, relationships as a whole. While I can’t guarantee it will make relationships ‘ok’ or any other of those other very vague and distracting adjectives-to-aspire-to – though in my own experience authenticity and avoidance of avoidance have certainly had a beneficial effect – both what is received and what is offered in communication can only become more genuine, meaningful and satisfying as a result, whilst also providing an opening to rich material to work with within oneself.

Describing himself, Kieran Cunningham writes: "I’m a thirty-one year old forester based in the Scottish Highlands. I have been a Buddhist practitioner on and off since the age of fifteen and studied for a PhD in Philosophy (on Nagarjuna’s 'Writings on the Middle Way') at the University of Lisbon but didn’t make the transition to a more pragmatic and experiential approach to practice until more recently."