In this excerpt from her book The Buddha in the Classroom: Zen Wisdom to Inspire Teachers, professor, Zen teacher, yoga instructor Donna Quesada addresses our all-too-common need to get it done, whatever it is, right now. And she offers a perspective that can remedy that need: that there is “no beginning and no end.” 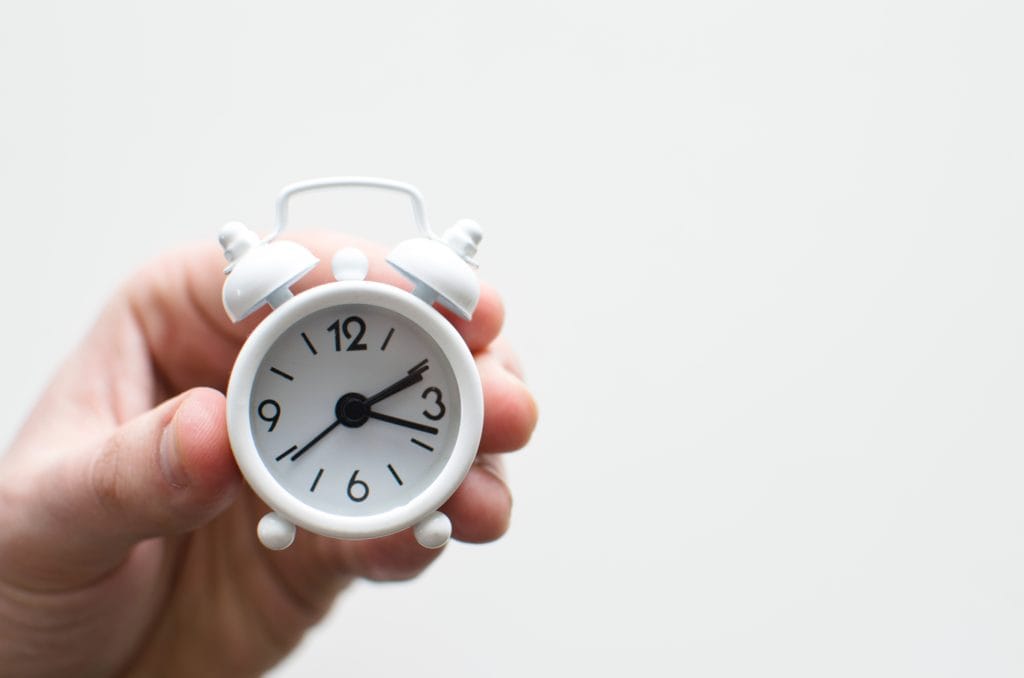 I remember the first time I sat a retreat. The idea of sitting for another hour—the seventh one spent on the cushion that day—seemed absolutely undoable. One more hour? These people are all crazy! I thought to myself. An hour is a long time, but only if you continually think about it, since, when you’re thinking about it, you’re not doing it wholly, whatever it is. You’re then separated from the activity, and from time itself. Nobody has ever sat for an hour. It’s an arbitrary division of space-time to help us make sense out of it. It’s an abstraction that warps with our experiences. You only sit one flashing, unnamable, moment at a time.

When I first started doing zazen, or Zen meditation, as part of my formalized training, my teacher told me to count my breath, and as everyone else does when they start, I raced to get to the number ten, as if I would win some big prize for getting there quickly. While nearly hyperventilating one day, I realized how silly it was to rush to ten. Where is it we want to go? And where will we go after ten? Back to one again, of course! It is what the beloved Zen master Shunryu Suzuki meant when he said that there is no such thing as “this afternoon.” He meant that we could only do one thing at a time.

We go through life forever trying to get to ten. We look to the clock with great expectations, forever asking, even as grown-ups, if we’re there yet. We humor the children when they ask, but we ask too, in our own rushed ways, in all the days of our lives, and in everything we do, forever rushing to the end. The end of what? If this continues throughout every activity, throughout the rest of our lives, the only end in sight is death.

As an experiment, catch yourself the next time you find yourself thinking in terms of quantity. It might be the day’s errands, or the pile of bills, or, like me, the talking stack of papers on your desk. Simply notice the feeling of urgency and the tendency to rush through them. Notice, also, the inclination to shrink back. Although they seem like opposite tendencies, both come from the same feeling of aversion, and serve only to keep us out of touch with the actual task. We’re taken aback by the enormity of what we’ve created in our minds, so we say, I’m just going to plow through it and get it done, or, It’s too overwhelming and I don’t know where to start. See them both as nothing more than habits that come from our skewed way of envisioning time.

Both responses pull us out of the freshness of direct experience. They both bind us to the fantasy of a task rather than the reality of it, warping our sense of what is really required. Wasting energy on head trips is exhausting, and we do it to ourselves. A task is done in steps, because reality is made up of steps, infinitely divided flashes of time that are too small to measure. We come to life and our energy soars when we join that moment, rather than standing separate from it—when we rise to the occasion rather than sink into the pit of resistance. When we join the moment, we join time. We are time.

Ultra distance runner Pam Reed understands this. When running superhuman distances that require her to continue on for three days straight, with no sleep or breaks of any kind, she tells herself she only has to get to the next pole, to the next marker, right there. She keeps herself from getting vacuumed up into the enormity of the distance and ends up at the final mark by employing these little tricks—which are less like tricks than they are reminders of reality itself.

Time is an abstraction that stops and stares right back at us as soon as we separate ourselves from it. To be separated from time is to watch it. It’s a shy child that can’t play naturally, and acts awkwardly when we watch, but as soon as we look away and rejoin our conversations, she continues to play naturally. Time flows when we stop watching it. Staring at the clock is to resist reality. I don’t like this situation—can’t this clock move any faster? Like Pam Reed, we need only put one foot in front of the other, and take a step, right here and now.

“But,” you may ask, “does this mean that Zen, with all its talk of the now, scoffs at imagination?” We have all been taught as kids to be imaginative; artists have been taught to be imaginative. It’s not for nothing that we celebrate the gift and splendor of imagination. But like all good tools, it has its place. After all, the creative process itself unfolds in real time.

Think of the jazz improv artist responding to the musical banter among her fellow players onstage. Aside from whatever training they’ve done in advance, as soon as the curtain opens, they move into unknown territory together, creating something new each time by remaining in a state of undivided presence. They let go of their ideas and preconceptions of how it should be, how they thought it was going to be, and how other musicians have done it in the past. They let go of their agendas and simply move together in the flow, with the faith that comes from experience, trusting in their own abilities as artists, and in each other.

It may help the sports star, too, to envision his plays in advance, but if he doesn’t remain in a state of absolute presence when the time comes to execute the play, he’ll miss the ball. He plays the real game in real time.

Imagination, like intellectualization, is put away when it has done its job. The imaginative vision provides a palette of possibilities, which are then actualized in a state of presence, and ironically, with the willingness to let go of the expectations of the vision. To paraphrase my Zen teacher, there’s nothing wrong with imagination, so long as it hasn’t got you by the nose.

How do you release the mind of its time-warped visions? By releasing them. And when the mind is clear of the mountains of fantasies, where do you start? You just start.

Adapted from The Buddha in the Classroom: Zen Wisdom to Inspire Teachers, by Donna Quesada. Published here with permission.