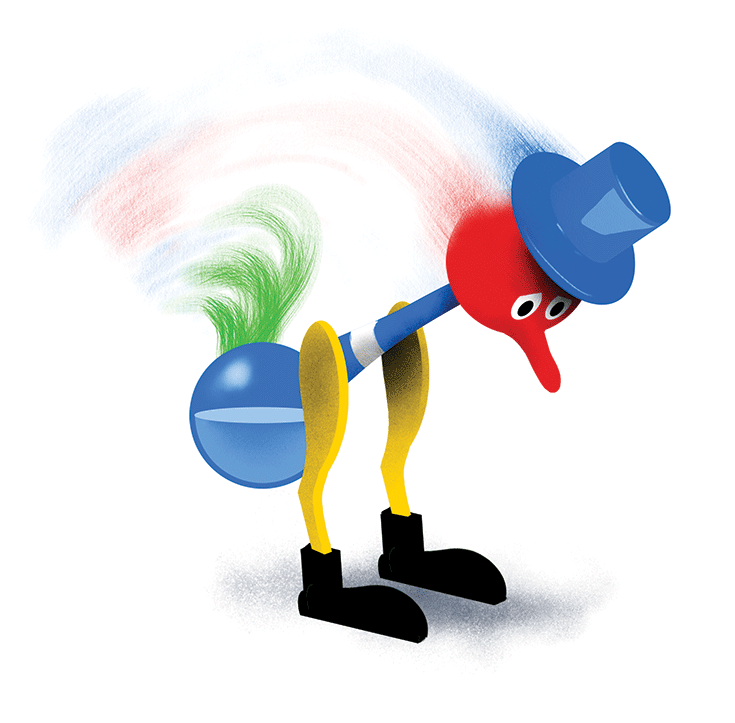 What happens when negative thought patterns are taken to the extreme? Matt Bieber on his struggles with obsessive-compulsive disorder and how Buddhist practice helps.

According to Dzongsar Khyentse Rinpoche, to be enlightened is to be free of obsessions. Given that I have obsessive-compulsive disorder, I usually feel very far from that ideal. Thanks to practice, though, I have my moments.

An OCD cycle typically begins with intrusive thoughts—unwanted, painful ideas or images that invade my consciousness, triggering profound fear and anxiety. This is the “obsessive” part of OCD, and it can arise anytime. Sitting here typing, for example, I sometimes feel modest pain in my fingers, and my mind kicks into gear: You’re typing too much and causing permanent damage to your hands. Feel those little irritations at the second knuckle of your left ring finger? Those are the harbingers of arthritis.

Then tension begins to build, and I feel as if I will drown if I don’t take immediate action. Here’s where the mental terrorists make their demands. Type slower. Put your wrist guards on. Stop typing altogether. Then you won’t have to feel this way. These are the OCD “compulsions”—ritualized behaviors meant to alleviate anxiety.

The whole process is immensely confusing, in part because I don’t have a handle on the source of my intrusive thoughts. Some of them do bear at least some relationship to reality—repetitive stress injury does happen—even if the fears and risks I imagine are unlikely. Sometimes, however, the intrusive thoughts part company with reality entirely. While putting my glasses on, for example, I might imagine that I’ve inadvertently scratched my eye with my fingernails. A whole host of potential repercussions is generated: an inability to read or write and finally, blindness itself. Terrified, I scan my memory. Do I remember any contact between my fingers and my eyes? Did I feel any pain? The fear flooding my system distorts everything, and I find myself unable to recall events from even a moment ago.

Diagnosed at eighteen, I spent the next year and a half denying that the diagnosis meant anything. I was already spending huge portions of my days wrapped up in obsessive-compulsive cycles; the last thing I wanted was to devote even more time to therapy.

Eventually, though, the pain became so constant that I conceded. I began taking Lexapro, an antidepressant, and visited a series of psychologists. The best of the bunch, Dr. B., did the least overt psychologizing; he simply provided a space in which I could pour out the anxieties that had accumulated throughout the week. I left many of my conversations with him feeling slightly hopeful. Trouble was, it was just a feeling; I hadn’t learned any techniques to sustain my momentum. Over the next several days the effects would wear off, and I would be sucked right back in.

About five years ago, I volunteered to participate in a research study and received several months of free treatment in a form of cognitive behavioral therapy known as exposure and response prevention (ERP). In ERP, the OCD sufferer exposes himself to the stimuli that trigger his fears and then deliberately refrains from the compulsions that arise. The theory goes that as the sufferer leans into his fears rather than reacting to them, the triggering stimuli begin to lose their power.

Exposure work mostly felt tedious, but it made sense to me and it generated results. Daily tasks seemed easier, I was a little less overwhelmed, and my exposure work often led to a deep sense of resilience and empowerment. But still, I dreaded it. The exercises felt too much like the rest of my life: another arena in which I was perpetually trying to improve myself. 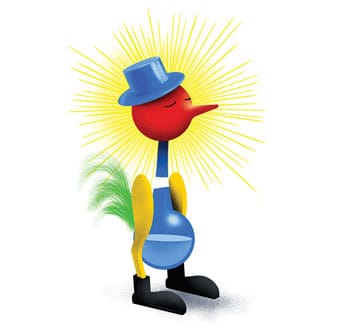 So when I first began practicing about two years ago, I thought I’d found a way out of my incessant battles with OCD. Finally, an hour or two each day in which I didn’t have to take my thoughts and feelings so seriously, in which my task was simply to breathe and let everything go. In which there wasn’t any way to screw up.

But I should have expected no such reprieve. OCD tends to target and undermine whatever we care about most at a given time, and so it threatened my practice. The intrusive thoughts mounted their counterattack: What if I was practicing incorrectly? What if instead of working to erode ego and escape the tethers of conceptual thinking, I was actually chasing new forms of spiritual materialism? What if I was overdoing it physically and on the way to injuring my knees, making it impossible to meditate?

In other words, OCD did what it always does: it escalated, raising the tension to a point just beyond what I felt like I could handle. It issued ultimatums: In order for your life to be tolerable, it needs to look a very particular way. And it spat out threats: If you can’t make your life look that way, the abyss awaits.

My mind very much wanted to take the bait, and on many days, it did. Thankfully, though, I had a new resource: the dharma itself. Through study and practice, I was starting to see that my life didn’t have to be conducted on OCD’s terms.

Even today, it’s easy to imagine that I’m uniquely disabled and that my suffering is pointless, nothing more than the short-circuiting of a poorly wired brain. The belief that this isn’t real life—that real life is elsewhere, still to be found—only compounds the pain.

But practice shows us more. It shows that along with our neuroses, wisdom is always arising as well; that every experience, no matter how horrific, contains some kind of teaching; and that tallying experiences up into “good” and “bad,” “meaningful” or “meaningless” isn’t particularly useful anyway. The more we practice, the more we become tender with ourselves, the more we can feel what we feel without judgment, and the more we can begin to really live our lives. 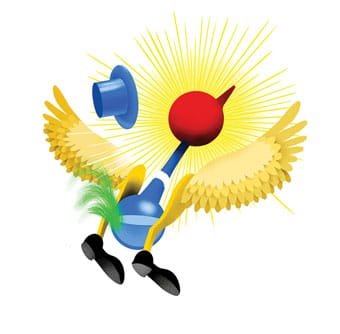 Matt Bieber is a freelance writer in Ho Chi Minh City, Vietnam. He writes about obsessions, personal and political.