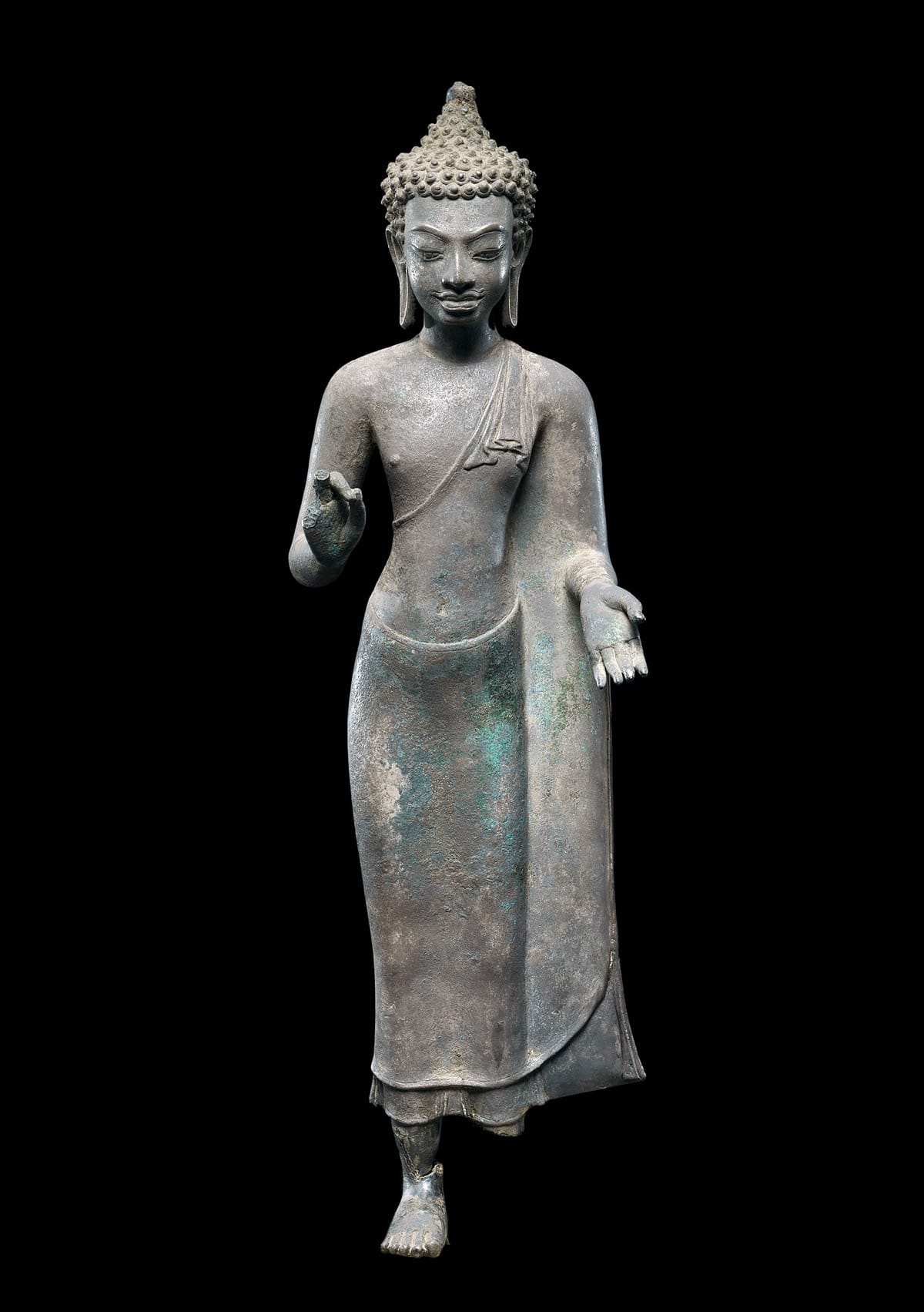 8th century Thai sculpture of the Buddha preaching. Image courtesy of The Met.

Bodhipaksa shares what the Buddha said about being misquoted, and speculates how he would’ve felt about fake Buddha quotes.

Some claim that the Buddha was too “spiritual” to care about being misquoted. Yet the Buddhist scriptures indicate this was something that he was concerned about. For example, from the Abhasita Sutta:

The Buddha even encouraged us, as part of our practice of the dharma, to identify and reject fake Buddha quotes! In the Maha-Parinibbana Sutta he tells us that when we see something he is reported to have said, our response should be the following:

Without approval or scorn, but carefully studying the sentences word by word, one should trace them in the discourses and verify them by the discipline. If they are neither traceable in the discourses nor verifiable by the discipline, one must conclude thus: “Certainly, this is not the Blessed One’s utterance; this has been misunderstood by that bhikkhu—or by that community, or by those elders, or by that elder.” In that way, bhikkhus, you should reject it.

The Buddha was concerned that his teaching might become diluted over time, and even that fake Buddha quotes would arise. In the Ani Sutta, he predicted that his disciples would end up listening to “the works of poets, elegant in sound, elegant in rhetoric, the work of outsiders, words of disciples” rather than to his own teachings. He compared this process of substitution to a mighty drum becoming mute as it was patched over the years, until its original wooden body had disappeared, leaving only “a conglomeration of pegs.”

This might seem like an exaggerated fear, but what are we to make of it when the majority of quotes on certain Buddhist Facebook pages are fake? Since many of us rely mainly, and sometimes almost entirely, on modern sources for our understanding of the dharma, it’s worth getting familiar with the actual scriptures. Then we can follow the Buddha’s own encouragement to attend to the actual words of the Tathagata—“deep, deep in their meaning, transcendent, connected with emptiness.”

Bodhipaksa is a Buddhist teacher and writer. He is the founder of Wildmind.org and runs FakeBuddhaQuotes.com. His forthcoming book I Can’t Believe It’s Not Buddha! will be published by Parallax Press in the fall of 2018.