From the May 2020 issue of Lion’s Roar magazine. 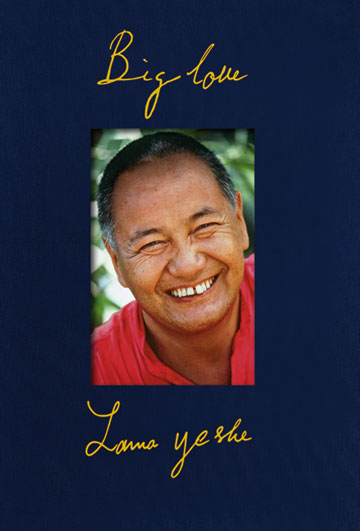 The Life and Teachings of Lama Yeshe

Lama Thubten Yeshe was a freethinking Tibetan lama who was an important figure in the development of Tibetan Buddhism in the West. As a boy, he was recognized as the reincarnation of Aché Jampa, the late abbess of a nunnery. Largely because she was a woman, he wasn’t honored with the title rinpoche (“precious one”) usually given to reincarnate teachers. Nonetheless, starting at age six, he received a monastic education. Lama Yeshe fled Tibet when the Chinese invaded in 1959, and in 1965 he began teaching Westerners, which at the time was generally frowned upon by Tibetans. With his student Lama Thubten Zopa, he cofounded Kopan, a monastery near Kathmandu whose famed November courses introduced hundreds of Westerners to the serious study of Tibetan Buddhism. Lama Yeshe died in 1984, and today Lama Zopa leads his worldwide community, which is known as the Foundation for the Preservation of the Mahayana Tradition. Big Love is a comprehensive and evocative biography of this dynamic and influential teacher, rich in historical and cultural context.