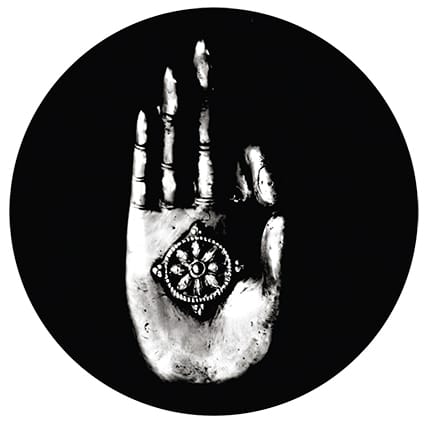 The word “emergence” in the subtitle of The Bodhisattva Ideal is the key to the book’s central thesis that although the Mahayana teachings are attributed to “the Buddha,” they were not taught by the historical Buddha during his earthly lifetime but developed later, many years after his death. Many Mahayanists deny that Mahayana emerged at a certain point in Buddhist history. Instead, they claim that Mahayana teachings were always part of the Buddha’s message. They love to repeat a story. According to this story, the Heart Sutra narrates an historical event at which the historical Buddha himself was present, as were arhats, the Buddha’s disciples and representatives of older forms of Buddhism, as well as bodhisattvas, representatives of newer Mahayana forms of Buddhism.

Some Mahayanists believe that these arhats were so convinced they had already received the Buddha’s complete teachings that they were shocked by the message of this Mahayana sutra and the Buddha’s endorsement of it and suffered heart attacks as a result. Some Mahayanists claim that the historical Buddha then ordered that the Mahayana teachings be hidden for hundreds of years, at which point his disciples would be better prepared to understand their meaning. That, so the story goes, is how it is that the historical Buddha himself was involved in presenting the Heart Sutra, a quintessential Mahayana text, on Vulture Peak at Rajgriha. I myself have been taught this ahistorical account many times.

For historians of Buddhism, it has been common knowledge for more than a hundred years that no matter what Mahayana sutras may claim about themselves, they do not record historical events but rather belong to some other genre. They are not utter­ances of the historical Buddha, despite their frame stories, which resemble those of the older suttas.

When I have taught factual and non­sectarian Buddhist history to Mahayana Buddhists, they, it seems, were the ones more prone to heart attacks. Discovering that the Heart Sutra does not narrate an historical event, that the Mahayana emerged at a certain point in Buddhist history, that the historical Buddha did not teach some of the most distinctive Mahayana ideas, and that other teachings that Mahayanists claim as their innovations were already taught in older forms of Buddhism is shattering to some people.

The Bodhisattva Ideal is an edited book, which means that its various chapters, written by different authors, are not of equal quality or written in the same style. The first chapter, by the great Theravada scholar and translator Bhikkhu Bodhi, is very helpful and evenhanded in laying out some basic issues and is alone worth the price of the book. Bhikkhu Bodhi explains how it is that Buddhists who make such different claims can all attribute their teachings to the Buddha. He tells us that both the Pali Nikayas (the main texts of early and Theravada Buddhisms) and the Mahayana sutras look to the Buddha as “the exemplary figure that a true follower of the dharma should emulate.” But these two sets of texts have very different ideas about who or what a Buddha is, and, therefore, two sets of ideals for the Buddhist practitioner. Bhikkhu Bodhi characterizes these two perspectives as the “historical­realistic” and the “cosmic­metaphysical” perspectives.

The historical­realistic perspective emphasizes the historical events of Siddhartha Gautama’s life as a human being, his enlightenment experience, and his subsequent success as a teacher founding a new religious movement. According to this perspective, other people who follow the Buddha’s teachings can attain the same enlightenment experience he had, with the same result: freedom from samsaric rebirth. This experience is the acme of spiritual practice, putting an end to further entanglement in cyclic existence. If one is trying to emulate “the Buddha,” one would emulate this Buddha, according to the historical­realistic perspective. This Buddha is “first among equals” and the “untaught teacher,” but he is not essentially different from the disciples who follow his example.

Questions inherent in the historical­realistic perspective led to the development of the cosmic­philosophical perspective found in the Mahayana teachings. Who was this untaught teacher actually? Why was Siddhartha Gautama uniquely able to become that untaught teacher? The cosmic-philosophic perspective emphasizes the principle of buddhahood rather than the historical person, Siddhartha Gautama. In fact, in this perspective, as in much of Mahayana thought, the historical Buddha almost disappears from view and is distinctly less important than the principle of buddhahood and the nonhistorical “cosmic Buddhas” who became the primary referents for the term “Buddha.”

In Mahayana Buddhism, the narrative of Siddhartha Gautama shifts to stories about his long career as a bodhisattva. This became what ordinary people could emulate if they were striving to emulate the Buddha. Because Theravada and Mahayana forms of Buddhism mean something quite different by the term “Buddha,” they also posit different paths and goals for those seeking to emulate the Buddha.

Next, Karel Werner’s chapter focuses on alleged differences between the attainments of the Buddha and the arhats. These differences fostered divisions among early Buddhists that eventually hardened into Theravada and Mahayana. Those who became Mahayanists were skeptical about whether the arhats’ attainments qualified them as genuinely enlightened and fully liberated. This issue was debated vigorously in early Buddhist texts.

Scholar Peter Skilling presents a great deal of useful and important information in his chapter titled “Vaidalya, Mahayana, and Bodhisatva in India,” though that information is embedded in significant amounts of more technical material. It begins with a crucial point: “The binary Hinayana/Mahayana model [is] ahistorical and fundamentally inappropriate as a frame for the study of Buddhism.” Skilling goes on to state that these terms do not occur in any of the Pali literature, nor are they the organizing principles of Indian or Tibetan histories of Buddhism.

It is impossible to overestimate the importance of this point because the name “Hinayana” has never been claimed by any Buddhist school or movement. Instead, it is used by Mahayanists as a pejorative term for their opponents or for what they consider to be lower, inadequate states of spiritual development. The very use of the term inevitably contains a negative judgment about those to whom it is applied, which makes the term problematic. It is long past the time when teachers of Mahayana Buddhism should find more adequate and accurate names for the teachings of the historical Buddha found in the Pali texts and the teachings of the contemporary Theravada movement. “Hinayana” is never an appropriate name for any of these teachings. Skilling also adeptly disposes of fifteen common claims about Mahayana Buddhism in a section subtitled “What Mahayana Is Not.”

Another important contribution is Skilling’s technical discussion of a term that few Buddhist practitioners have ever heard of: Vaidalya. It was used by Indian Buddhists in the post­Ashokan period when new ideas were widespread but distinct schools had not yet separated from one another and the terms “Hinayana” and “Mahayana” were unknown. At that time, many Buddhists used Vaidalya and its variants to refer to nine or twelve categories of teachings attributed to the historical Buddha. Especially interesting is the fact that in sutras later classified as Mahayana sutras, this term is used for the Buddha’s complete teachings, which are said to include many texts found only in the Pali canon and not widely used by later Mahayanists. This information clearly points to a time in Buddhist history before Mahayana had emerged as a distinct, self­conscious movement that saw itself as superior to older forms of Buddhism—a time when Buddhists who were proposing newer ideas also identified completely with older Buddhist texts and concepts.

The final chapter by David McMahon is helpful in pointing out something that would be evident only to those who read both Pali suttas and Sanskrit Mahayana sutras. Aside from their differing teachings, these two sets of texts are very different stylistically. The Pali texts are extremely repetitive, clearly revealing their origins as memorized oral discourses, while the Sanskrit texts are long, elaborate, ornate, and not at all repetitious. They could not possibly have been transmitted orally for generations before they were finally committed to writing; they were literary products from their beginnings. To me, this has always been one of the strongest arguments against those who claim that the Mahayana sutras are discourses spoken by the historical Buddha. The two sets of literature may have been committed to writing at about the same time, but the Pali texts had a long prehistory as orally transmitted discourses.

McMahon also points to a weakness in traditional Buddhist pedagogies. Students in traditional study programs do not learn about Buddhisms in general but only about their own form of Buddhism. If they do study other forms of Buddhism, it is usually to refute them. If Theravadins and Mahayanists both studied each others’ suttas with empathy and the intent to understand each other fully and accurately, we probably would not need the oppositional terms “Hinayana” and “Mahayana.” Buddhadharma would be much richer as a result.

Though academic literature on Buddhist history is relatively abundant, few books address historical issues in ways that appeal to Buddhist practitioners. This book is far from complete in explaining how and why Mahayana Buddhisms emerged when they did, nor does it address all of the issues about the emergence of Mahayana that are interesting and important to Buddhist practitioners. Nevertheless, given that so few books directly address this topic, it is a welcome addition to the meager literature on the emergence of Mahayana Buddhism. The book may be too technical and daunting for the casual reader, but anyone seriously interested in the topic will find it has much to offer. In particular, those who teach Mahayana Buddhism should familiarize themselves with the materials discussed in this book.

The term “emergence” grounds this book firmly in the awareness that religions do not spring forth fully formed the moment they appear on the historical stage, nor do they endure in stable, changeless forms. Rather, they develop and change in response to changing social, economic, and cultural conditions—that is to say, in differing historical contexts. If one accepts historical consciousness, it is no longer necessary to regard ahistorical narratives as historically accurate accounts of the origins of Mahayana teachings. One can easily accept the thesis that regarding the bodhisattva ideal as the norm for all practitioners developed at a certain point in Buddhist history. It is more important to understand why this development occurred than to debate whether or not it should have happened.

But for Buddhists, historical consciousness should not present a problem. How can a religion that posits all­pervasive impermanence at the core of its teachings exempt itself and its forms from that teaching? Instead, Buddhists can easily call upon our teachings on impermanence and interdependence to understand how and why our forms and teachings change when they do. There is no need for either aspiring arhats or aspiring bodhisattvas to have heart attacks when they hear about new Buddhist teachings or learn new information about Buddhism that challenges their long­held beliefs.