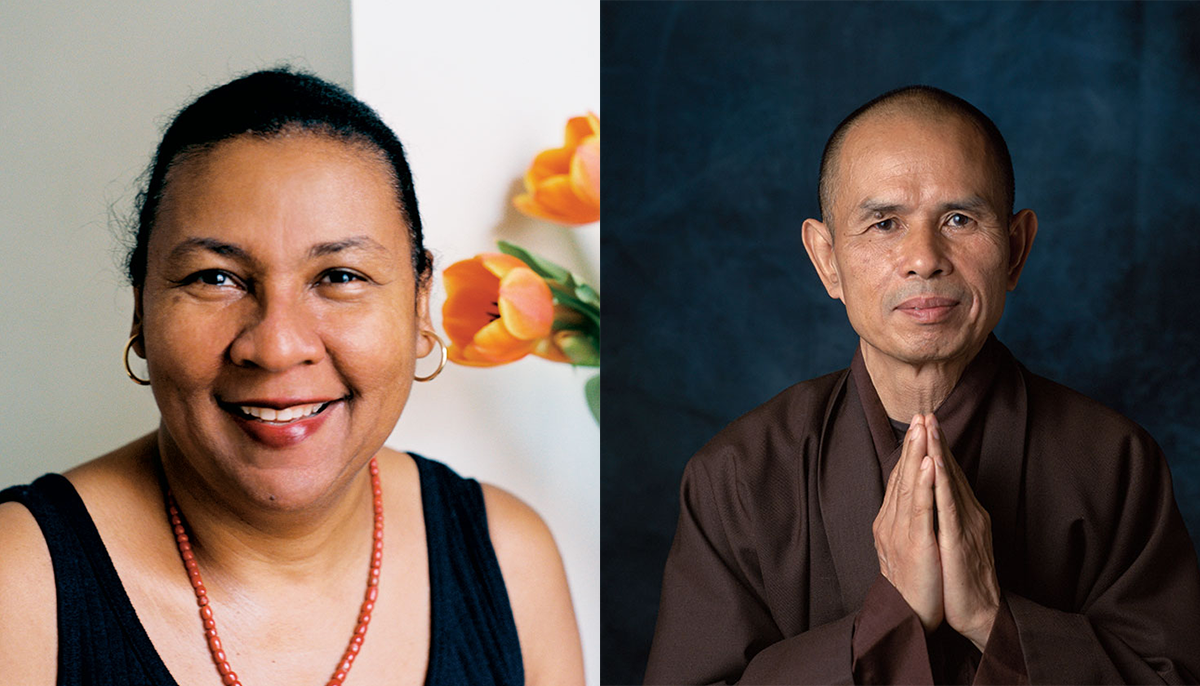 “What has the United States ever done to anyone?”

This was the question asked by a woman whose back was to me as we stood in the ticket line. It was September 11, 2001, and we were in an overcrowded airport in Tucson, Arizona. I don’t know if her question came out of shock, defensiveness, or real historical and political naivete.

Although I was aware of a list of things the U.S. had done, it was another answer to her question that came to me a month later when someone gave me the book Touching Peace, by Thich Nhat Hanh.

The first meditation in the book invited me to notice my in-breath and out-breath and visualize myself as the nonhuman aspects of nature. I was anxious about the U.S.’s impending retaliation for 9/11, but the practice was so powerful I felt my anxiety transform the very first time I tried it. Captivated by this experience, I began my daily meditation practice that very day.

By reading Thich Nhat Hanh’s writings, I came to understand that the U.S. has repeatedly engaged in wars against others largely because of the wars we wage on ourselves. This was the answer to the woman’s question that Thich Nhat Hanh led me to. We deny the truth of our geopolitical greed, feed our aggression with violent entertainment, invest in industries that produce intoxicants, and sometimes refuse to engage in the world collaboratively.

As reported in this issue, Thay told a blunt truth to dharma teacher Peggy Rowe Ward about the racial violence she and her husband Larry Ward had endured as an interracial couple: “You have a lot of work to do in the United States.” This work can be done if, as Larry Ward puts it, we are “transforming the breaking waves of our shadows.” In other words, it can be done if we heal our fractured parts, and this is what Thich Nhat Hanh’s teachings have helped the Wards—and so many others—to do.

Thich Nhat Hanh died on January 22, 2022. Now that he has transitioned, how will we continue his teaching to live with peace in every step?

Thay was a refugee because the U.S was at war in his country. Honoring his life means we have to occasionally ask ourselves, “What has the United States ever done to anyone?” and be open to the truth. We need to ask ourselves, “What is the U.S. doing to others right now?”

Thich Nhat Hanh was a great lover of life. His love of life was noticed and embraced by another lover of life who, like him, will be sorely missed—scholar and Buddhist practitioner bell hooks, who died on December 15, 2021.

Hook’s article, “Toward a Revolution of Love,” is as relevant today as it was when we first published it in Lion’s Roar — and it will be as relevant in the future. For it is love that wholesomely binds Buddhism with skillful engagement in the world.