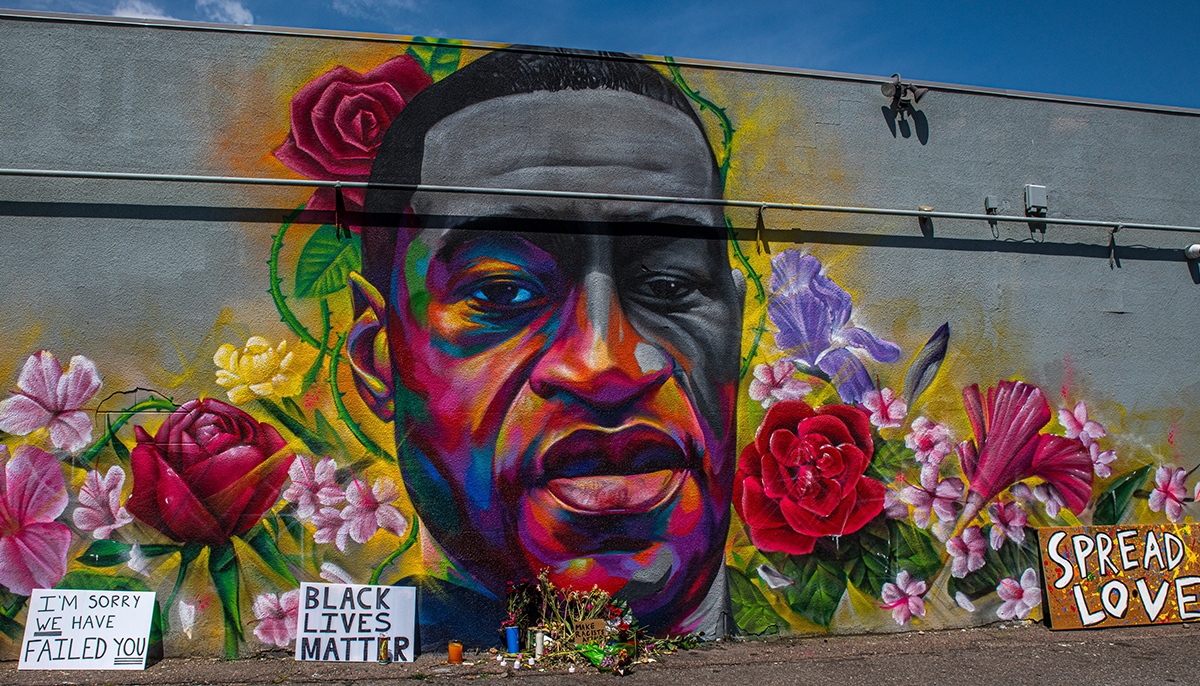 Do you remember that on June 25, 2021, ex-Minneapolis police officer Derek Chauvin was found guilty of murder in the death of unarmed Black man George Floyd? Many in the U.S. and around the world cheered the fact that Chauvin was sentenced to 22 ½ years in prison. Did you know that on February 24, 2022, the other three officers Lane, Kueng, and Thao were found guilty of violating Floyd’s civil rights? The headline in the news was episodic compared to the coverage on Chauvin’s sentence. Did you hear that on May 18, 2022, Lane pled guilty to aiding and abetting manslaughter? Manslaughter? That coverage was like a footnote and was met with little public fanfare or outrage. Did anyone tell you that on July 8, 2022, Chauvin was found guilty of violating George Floyd’s civil rights and received an additional prison sentence of 21 years? Probably not.

When we engage in right remembering, we engage in an act of resilience that supports Right Action in the midst of our many existential challenges.

A lot has been happening throughout the country including summer festivals, parades, road races, anti- and pro-abortion protests, etc., but I didn’t see or hear about people gathering in the streets in recognition that these civil suit decisions, and the manslaughter plea, were as significant as the initial murder verdicts. Has the ongoing fight for justice for George Floyd slipped from our collective memory? There are still two police officers who have not had their day in court with a jury of their peers. Do we care, or have we forgotten the significance of this earth-shattering event and its aftermath? I don’t think we have forgotten, but I also think we don’t care that much what happens to the other officers. Why? Chauvin, though glaringly guilty, was also scapegoated. Collectively, we placed all our civil society angst on him and have forgotten that they all participated in Floyd’s torture and death. Collectively, we are in a state of erasure caused by scapegoating and it hasn’t even been three years since that public, broad-daylight, recorded by several witnesses pleading for mercy horrifically shocking killing. What happens to the other officers should still matter, but I’m beginning to wonder whether Buddhists need another practice to reverse scapegoating’s erasure: Right Remembering.

“Never Forget” is a mantra said in the Jewish community about the holocaust. When I first heard it, or saw it, I thought “Who could ever forget that?” but now I have a better idea how the mind works, and one of the ways it works, allowing us to move on from tragedy, is through the satisfaction of our scapegoating tendencies. In 2021 there was heightened collective anxiety before Chauvin was tried in court, during the trial, during the jury’s deliberations, and during the judge’s reading of the jury’s decisions. As the guilty verdicts were read, there was a massive release of tension – as if the whole earth exhaled. The white police officer with his knee on a black man’s neck was found guilty in Floyd’s death. The jury confirmed what we already knew, so did those verdicts actually transform our systems of justice, especially when our need for scapegoating is so easily satisfied? Four police officers killed Floyd, but only one was tried and convicted because ostensibly, it was too complex to try all the officers together. We can see in our rearview mirrors how jurisprudentially-wise and crafty that was. Try the officer easiest to convict thereby fortifying him as the scapegoat, convict, mesmerize them with the sense of justice so with senses calmed they can move on. It’s the moving before the justice work is done that seeds our justice system’s homeostasis — to keep things, in this case, our memories, working as they do, keeping our culture locked in patterns of exonerating police officers who kill unarmed Black people. We moved on because our deeply seated need for a scapegoat was satisfied. The sentence was served like a refreshment after wandering in the desert for a year. We went from having a collective interest in justice, in this particular case, because we saw the injustice recorded on video, as was the case with Eric Garner in 2014, but this is particularity unfortunate because police officers killing anyone who is not a mortal threat to them poses a mortal threat to the rest of us – that is why the decision in the civil cases should be important to all of us. We all want to live in a society where the state, through its actors, do not deprive us of life, liberty, and the pursuit of happiness and that is why we have Title 18, U.S. Code, Section 242 which reads:

Whoever, under color of any law, statute, ordinance, regulation, or custom, willfully subjects any person in any State, Territory, Commonwealth, Possession, or District to the deprivation of any rights, privileges, or immunities secured or protected by the Constitution or laws of the United States, … shall be fined under this title or imprisoned…

In this age where state and federal governments are authorizing everyday citizens with the right to engage in vigilante justice against other citizens under the color of law, we all need to be aware of Title 18, U.S. Code, Section 242 and be prepared to protect it in the interest of our freedom. We won’t do it, however, if we don’t engage in the practice of Right Remembering of how state-sanctioned suffering is caused. Right remembering means recalling how suffering is caused.

George Floyd was killed on May 25, 2020. Holding Floyd’s killers accountable is not over. As horrible as Chauvin’s acts were, he did not act alone. The next trials are scheduled for October 24, 2022. In the interest of your own happiness and pursuit of liberty, consider practicing right remembering and recall what happened to your shock, rage, commitment to justice, witnessing justice served, relief, scapegoating, and moving on before all the cases, criminal and civil, have been closed. As the U.S. Supreme Court has removed some protections from people the Founding Fathers didn’t recognize as people, and has warned it is going to continue doing so, we must pay attention to our needs, our representatives, our legislators, and our legislation. Let’s protect ourselves from the lulling effects of scapegoating. When we engage in right remembering, we engage in an act of resilience that supports Right Action in the midst of our many existential challenges.