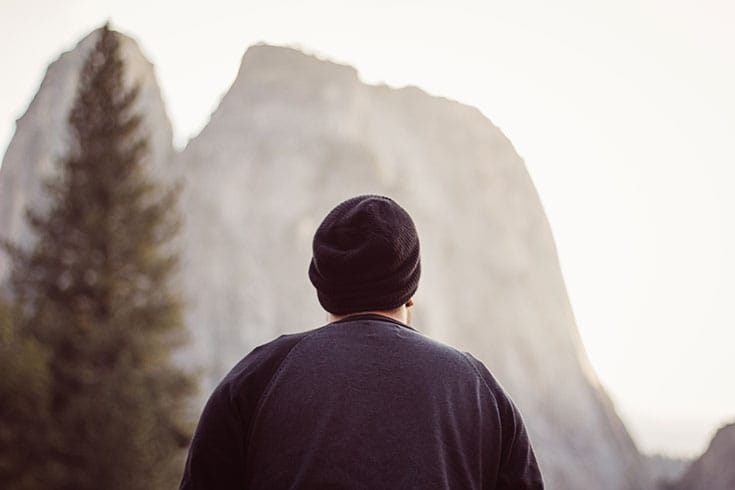 Teaching on the Tibetan yogi Milarepa, Chögyam Trungpa Rinpoche describes the experience of desolateness. Like Milarepa when he meditated in his cave, when we are alone, we may begin a love affair with sadness.

The first meeting with oneself, with aloneness, is meeting one’s real ego without clothing—naked ego, assertive, distinct, clear, definite ego. The experience of loneliness is from ego’s perspective: ego has no one to comfort itself, no one to act as moral support. This kind of aloneness is simply the feeling of being nowhere, lost. There is tremendous sadness that there’s nothing around you that you can hang onto. But it is your own ego acting as the voice of sadness, loneliness, so you cannot blame anybody or even get angry. That starting point is very useful and valuable. It was the inspiration to go into retreat in Milarepa’s case, and in our case as well.

Taking part in a retreat is a way to express aloneness, loneliness, desolation. We might experience fear in retreat, but that fear is purely an expression of that loneliness. We are trying to entertain ourselves, so we manufacture fear. We might go back to our mental notes of the past, or our scrap books, but that becomes boring. We are back to square one constantly. Cooking, sleeping or walking might become a source of entertainment. There is so little to do, we are thankful there is something to do. But even that comes back to square one. We tend to get disillusioned with that, too.

Such experiences of being in retreat are not exactly wretched. There is a very faint, subtle sense that you are falling in love with something. You begin to appreciate the desolation. A subtle romanticism is happening completely. Because there is nothing to entertain you, everything comes back to you. The songs of Milarepa, at the early stage of his being in retreat, are love songs. They praise the terrain, the mountains, his cave, his desolateness, his solitude, and the memory of his guru. Those are his love songs.

But obviously, it is definitely a romantic one.

At that point you see the value of guru. The guru becomes precious to you. You not only fall in love with the environment and with your aloneness, as such, but you also feel that your guru has a lot to do with it. You begin to appreciate his fatherhood and his genius as a matchmaker, that he married you and this desolate place. So we could say that sadness also provokes spiritual romanticism. Although it is materialistic in style, fundamentally it is spiritual, or even—if we could be brave enough to say such a thing—mystical. There is a tone of mystical experience.

Sadness brings up tremendous artistic talent in oneself, as it did in Milarepa. Milarepa composed songs and began to see the colors and sights and happenings around him become very real, extremely real. The way the sun shines, the way the moon sets, the way the clouds move. The wind breaking, the sounds of owls hooting at night. Mosquitoes landing on you. Everything you see becomes completely, totally, a gigantic world of romanticism—colorful and fantastic. At the beginning you are irritated by the insects around you, but at some point you begin to find that you wish you could invite them for a party or for dinner.

We could say that this whole thing is unreal, an expression of your being spaced out or even tripping out. But it has a valid reason; you can’t regard it as unpleasant or a side-track on the path. It is very valuable, because we have not seen our ego alone for a long time—never. For the first time we begin to see that our ego is naked. We are not exactly without ego—there is ego—but that ego is a naked one. And it begins to explore the world around it.

So going into retreat, we could say, is an introduction to ego’s nakedness and the subtle appreciation of aloneness, loneliness. Being in retreat, free from any kind of security, even from your guru, you have to pull up your own resources constantly.

Retreat does not only mean going into retreat in the physical sense, in a cabin—retreat means that you are left with nobody. Your guru has told you just to work on yourself, that it is not necessary to extend further information to you. You have to find your way.

In our case, you would like to find out something, you are hoping for new experience, so you decide to go on retreat. You consult your guru, and both he and you agree that this is a project you should get into. Then the process of retreat begins, and the experience becomes identical with Milarepa’s. Obviously, you could step out of it. You could run into the city and eat ice cream and go to the movies, you could do all kinds of things.

Nevertheless, even if you do those things, they become part of the whole experience—you cannot actually escape. You are never out of retreat, once you decide to do it. You could be in Grand Central Station, but nevertheless, there is a sense of desolateness.

From talk five of “The Message of Milarepa,” a seminar given at Karme-Choling Meditation Center, Barnet, Vermont, in July, 1973. ©1998 Diana J. Mukpo