For surfer, journalist, and Zen practitioner Jaimal Yogis, his documentary film, Saltwater Buddha, has been the ultimate lesson in letting go.
Catch Yogis at his upcoming workshop at Spirit Rock on January 22nd, Riding the Waves of Life: Meditations to Thrive in a Stormy World.


Jaimal Yogis’ documentary film, Saltwater Buddha is a personal story of self-discovery. That self-discovery began in Yogis’s sophomore year of high school, thanks to Yogis’s desire to surf, which began his epic journey grounded in Zen practice.

“I’m somewhere in the world, and I’ll call you when I get there,” read the note the then sixteen-year-old Yogis left for his parents before he boarded a one-way flight to Maui. Looking to rebel against the suburban life he lived with his parents, Yogis ran away to Hawaii following a “rebellious tear”—a whirlwind of DUI’s, drugs, and school suspensions. His escape was just the beginning of the journey he has now shared with the world in both writing and on film.

When Yogis’ acclaimed memoir, Saltwater Buddha: A Surfer’s Quest to Find Zen on the Sea, was published in 2009, a surf-filmmaker created a seven-minute documentary about the book and posted it to YouTube. Yogis was later approached by filmmakers Lara Popyack and Mike Madden, who worked for PBS at the time and wanted to turn Yogis’ story into a 20-minute documentary. Yogis, thrilled, agreed, but Popyack and Madden left PBS shortly after. The three had gotten along so well, and held such a kindred “reverence for the water,” that they decided to make the documentary on their own terms.

The biggest challenge in transforming his memoir into a film was deciding how to visualize the ten years covered in his book—ten years during which no cameras were rolling.

The group considered hiring actors and making the story into a feature film, but knowing that wasn’t feasible, they embarked on a simpler route. While revisiting many of the locations Yogis had visited along his journey, Popyack, who directed the film, interviewed Yogis about his time there. He spontaneously retold the events that had taken place on-site, and those stories became the audio backdrop for the film.

With this technique, the film feels much like a conversation between Yogis and the viewer. He retells his life story, his voice narrating over old photographs and footage of him revisiting the places that helped shape his story. In the editing process, they realized the footage and audio stories fell naturally into chapters, just like the book.

“The book is the movie, and the movie is the book,” says Yogis. 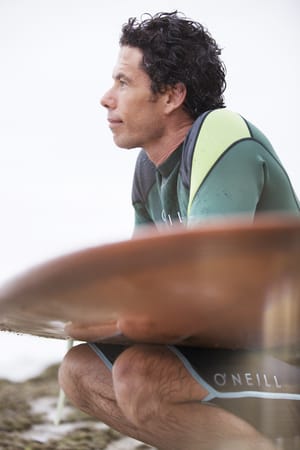 The film begins with Yogis’ great escape to Maui, and pulls back through pieces of his childhood spent surfing with his father, also a longtime Buddhist practitioner, whose rocky relationship with Yogis spurred his initial departure to Hawaii.

Yogis and his father both traveled back to Maui for the film. “We’d been pretty distant when I ran away, and when he came to get me, it really started a new chapter of our relationship. But, then you just get into an everyday pattern of how you interact with your parents, and I think coming back for the film dropped us back into what’s important,” he says.

In the film, Yogis tells of his time spent at Zen monasteries, his journey to the Himalayas, and his stressful but ultimately meaningful time at Columbia Journalism School in New York City. Scenes are interspersed with beautiful shots of the ocean, and Yogis riding its waves. Throughout the film, which is described as “a film in praise of water,” the connections between Buddhism, surfing the ocean, and the lessons presented within each are continually reaffirmed.

The making of Saltwater Buddha was a long journey of gathering funding, running into obstacles, and simply pushing forward, says Yogis. 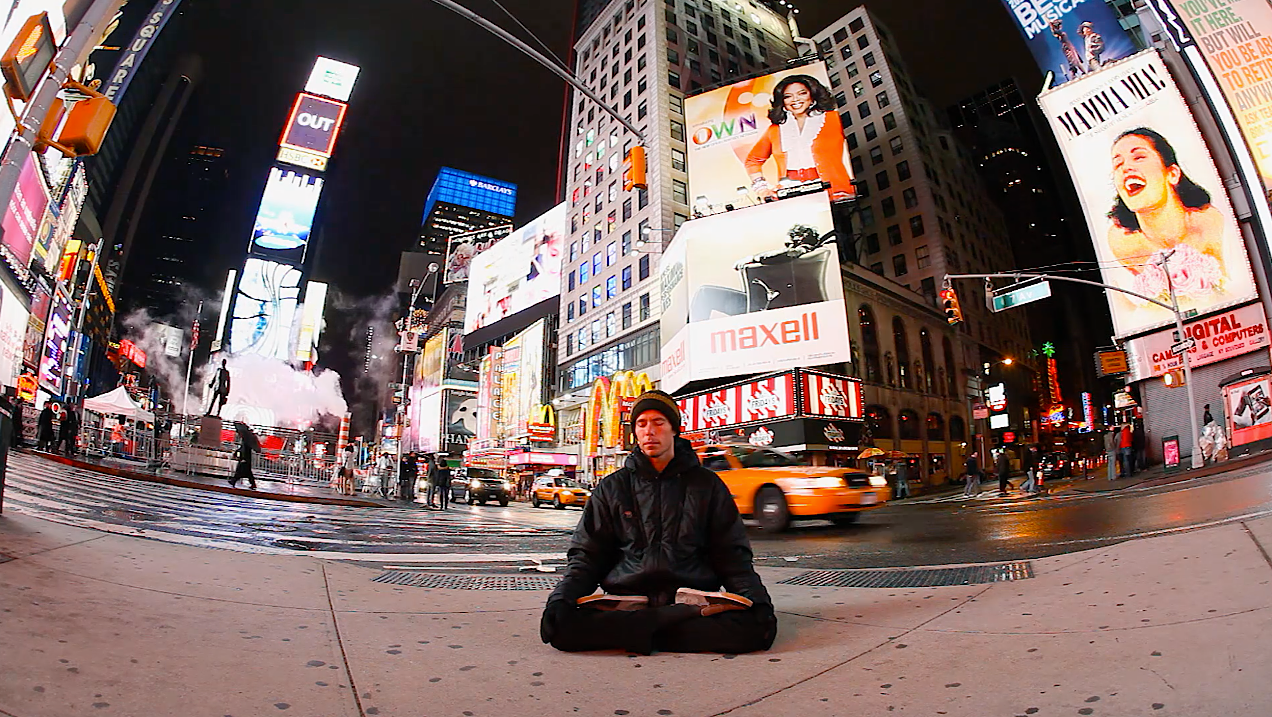 Yogis reflects on his time living in New York City in “Saltwater Buddha.”

“I definitely learned that filmmaking is a good Buddhist practice in patience, but also in letting go of self-image and identity,“ he says.

Yogis has also taken a rather Zen approach to promoting his film. There’s practical steps you need to take, such as applying to film festivals, he says, but you don’t need to become attached to their outcomes.

“Taking those steps and letting go of the results—that’s Zen practice in a nutshell for anybody who’s living in the world. You take certain steps that you hope will have positive results, and then you let go of what those results might be,” he says.

For Yogis, it’s all been a lesson in letting go.

“This film really is going to land on shores where it might be useful, and to some extent I can help that, but it’s pretty much out of my control.”