Joseph Jarman developed a love of Jazz while in the army and then discovered Buddhism when he returned home. The two passions defined the rest of his life. 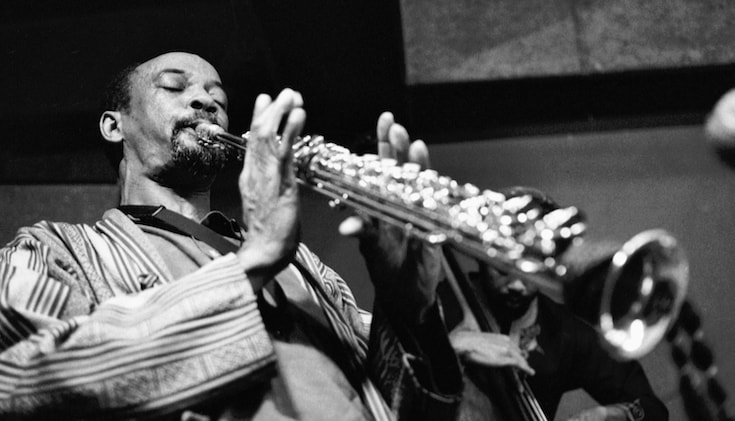 Joseph Jarman performing in the Netherlands on February 17, 1984. Photo by Frans Schellekens/Redferns.

The multi-instrumentalist jazz musician, Jodo Shinshu priest, and founder of the Brooklyn Buddhist Association, Joseph Jarman, died on January 9th in Englewood, New Jersey. He was 81.

As the New York Times reports, Jarman passed away at the Lillian Booth Actors Home from cardiac arrest as a result of respiratory failure. Jarman was a saxophonist, flutist, woodwind player, percussionist, and well-known member of the famed Art Ensemble of Chicago.

Jarman joined the army in 1955. He developed an appreciation for jazz while stationed in Germany, and began playing the alto saxophone and clarinet in an army band. When he was discharged in 1958, Jarman returned to Chicago and continued playing music in an ensemble.

Around the same time, he had his first encounter with Buddhism. In a Lion’s Roar article profiling three African-American dharma teachers, published in 2001, Lawrence Pintak tells of how Jarman first encountered the practice:

In the late 1950s, he served in a secret U.S. Army Special Forces unit in Southeast Asia. The experience was so traumatic that for a year after his return he was literally mute. “I was in a negative space—a super-negative space—filled with depression and completely alienated from society,” he recalls. “I was going to a library daily and not speaking, and one day, the librarian, this old man, gave me this book and said it was the teachings of the Buddha.”

Shortly after, as he began to recover at a Milwaukee hospital, Jarman met the Japanese priest who would become his teacher: “I said, ‘Hello,’ and he said, ‘I give you ten thousand years and then I will kill you,’ and I said, ‘O.K.’”

A month after that enigmatic encounter, Jarman, a fifth-degree black belt Aikido master, was invited to a karate demonstration at a nearby Buddhist temple. “And who is there, but this guy. After that, I began to go there once a week.” The teachings, Jarman says, helped him to transform his image of himself and move beyond the anger and suffering to which he had clung since Southeast Asia.

Jarman continued playing music, founding the Association for the Advancement of Creative Musicians in 1965, and joining the Roscoe Mitchell Art Ensemble. He began studying aikido, a Japanese martial arts practice, in the 1970s, and opened the Jikishinkan Aikido Dojo in Brooklyn in 1985.

Jarman ordained as a Jodo Shinshu priest in 1990 and founded the Brooklyn Buddhist Association that same year. He retired from the Art Ensemble of Chicago in 1993 to focus on his Buddhist practice and ministry but rejoined in 2003. His last public performance was at the 50th-anniversary concert for the ensemble in 2017.

In 2001, Jarman told Lion’s Roar about his trip to Bodhgaya, India, where he sat beneath the Bodhi tree under which the historical Buddha is said to have reached enlightenment.

“I felt like I was floating,” he said. “Even though I have meditated for 30 years, I never had that feeling. The energy was just like a barrel of water being poured down on you. It’s the most positive energy I have ever felt.”