“As Zen Buddhist clergy, we condemn the attack on the United States congress on January 6th,” the statement reads. “We see that the violence at the capitol was deeply tied to the white supremacy that has characterized this nation since its inception.” 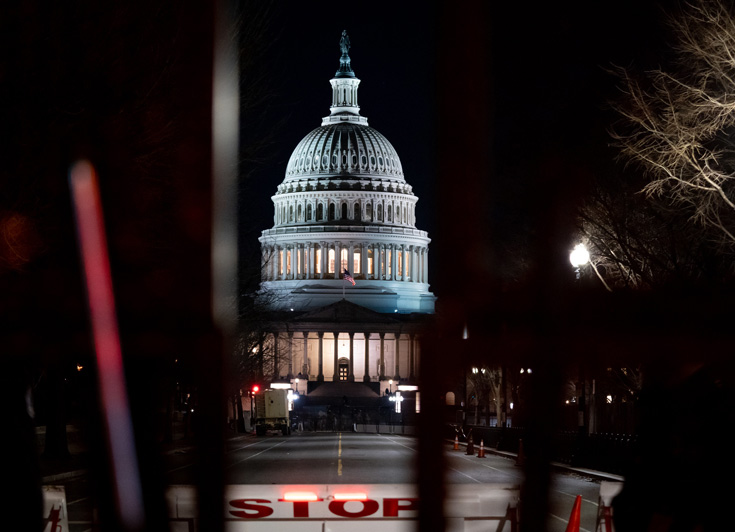 The Soto Zen Buddhist Association (SZBA) has released a statement in response to the January 6 attack on the U.S. Capitol building, which saw thousands of Trump supporters storm the building to thwart Congress’ certification of the results of the 2020 U.S. election. The statement reads:

As Zen Buddhist clergy, we condemn the attack on the United States congress on January 6th. We acknowledge the anguish and rage it has brought. At the center of our tradition is the understanding that violence leads to violence, compassion to compassion, ignorance to ignorance, and insight to insight. Although countless conditions led to the attack at the capitol, we see that the violence at the capitol was deeply tied to the white supremacy that has characterized this nation since its inception.

White Supremacy was a founding principle of the United States, and remains one of the hierarchical conditions on which this nation operates. Until this country fully acknowledges and repairs the damage of the horrific violence and day to day inequities of its racist systems, we will continue to reap its fruit. We must recognize the poison of racism not as an evil committed by terrible people, but as a part of the fabric of our collective karma which we must unravel together if we want to be truly free.

We witnessed the confederate flags carried at the capitol attack. We witnessed, too, the Nazi imagery there. A host of other structural oppressions are deeply tied to this attack, including a rejection of truth itself. Part of this rejection of truth is denial of the racism that permeates this country. As we watched the attack on the capitol, we witnessed the stark differences in the way law enforcement treated these protestors and protestors at Black Lives Matter protests last summer. We recognize that future violence is a very real possibility.

Buddhism teaches us that there is always the possibility for healing and liberation. To be free of the violence of white supremacy and other modes of systemic oppression, we must acknowledge them fully, collectively, and individually as an ongoing practice, and from this acknowledgment, find the way to fundamentally transform our society.

We, the undersigned, ask that as religious leaders, Zen clergy commit to justice, accountability and ethical action based in the teaching of Buddhism. We call on the clergy to address structural oppression within themselves, their sanghas and their nations. With compassion alive in our hearts, and the courage to face the truth, let us move into liberative action.

A number of Buddhist teachers, practitioners, and organizations also shared their thoughts on the attack. Read a selection of responses below:

As a religious leader, I hold democracy, moral conscience, and compassionate justice as core principles of my faith and…

The impact of the January 6 siege on Congress by a mob incited by the President of the United States continues to reverberate throughout the nation. San Francisco Zen Center condemns the violence that was perpetrated, mourns the loss of lives, and bears witness to the alarm, dismay, and anguish arising from the attack. Disagreements and protests are valid aspects of a free and open dialogue in a democracy; violence and intimidation are not.

These recent attempts to subvert our democracy have been shocking and heartbreaking. They also highlight the stark contrast between the treatment of the predominantly White rioters and the protesters who assembled in support of Black lives over this past year. The roots of this inequity are found in the history of racism and injustice in the U.S., and are directly tied to the hatred and white supremacy that fueled last week’s insurrection.

We call upon our leaders to hold those responsible for the events of January 6 fully accountable. And we further call upon ourselves and our nation to understand, atone for, and redress the four centuries of emotional, economic, and physical harm done to Black, Indigenous, Brown, Asian and other marginalized people.

In the opening verses of the Dhammapada, Shakyamuni Buddha taught, “Hatred does not end through hatred. By non-hate alone does it end. This is an ancient truth.”  Buddhist teachings support us to develop the courage and resilience to meet each moment with a clear mind and a compassionate heart, without being consumed by anger or despair.

just for ourselves but for all beings–and a way for us to heal in this time of great mental and physical dis-ease. As a community, together we can explore how to work skillfully with strong emotions, offer deep presence to each other in the midst of our pain, and discover how practice and sangha are a refuge.

May we ceaselessly work together to create and maintain an awakened and compassionate society and system of governance for the benefit of all beings.

Today is a real test for my practice of universal compassion.

I’m seriously asking myself if my compassion can extend…

What happens in America when you go to the Capitol to…

pray for healthcare for the People
while Black (get arrested…

As I write this, it is mere days since a violent mob stormed the U.S. Capitol in an effort to sabotage and hijack the operation of the U.S. Constitution and critical aspects of our country’s democratic process. The country, and indeed the world, are quite rightly in shock to see such a thing in the very citadel of the rights-based representative governance that our Founders invented, and that has from its outset been a model both for the world and for our own faltering, fallible, and harrowingly incomplete efforts to live up to its promise and its ideals.

As a lawyer and arms control expert, I entered the Trump administration as a National Security Council staffer in January of 2017, and a year later was confirmed as Assistant Secretary of State for International Security and Nonproliferation. Last Friday, however, I resigned from that position following Wednesday’s assault on the U.S. Capitol, becoming the first Assistant Secretary to do so. In my letter of resignation, I told President Trump that “I cannot continue to serve in an Administration at a time in which some are willing to condone, or even to incite, violent insurrection against the country I hold dear and whose Constitution I have taken a sacred oath to support and defend.”

We will all be pondering the inevitable “How did we get here?” questions for a very long time. I would like to offer my own perspective on this question, albeit one that is at this point necessarily partial and tentative.

Read the rest of “Zen and the Moral Courage of Moderation” on LionsRoar.com