Karen Connelly on giving unseen beings their due. 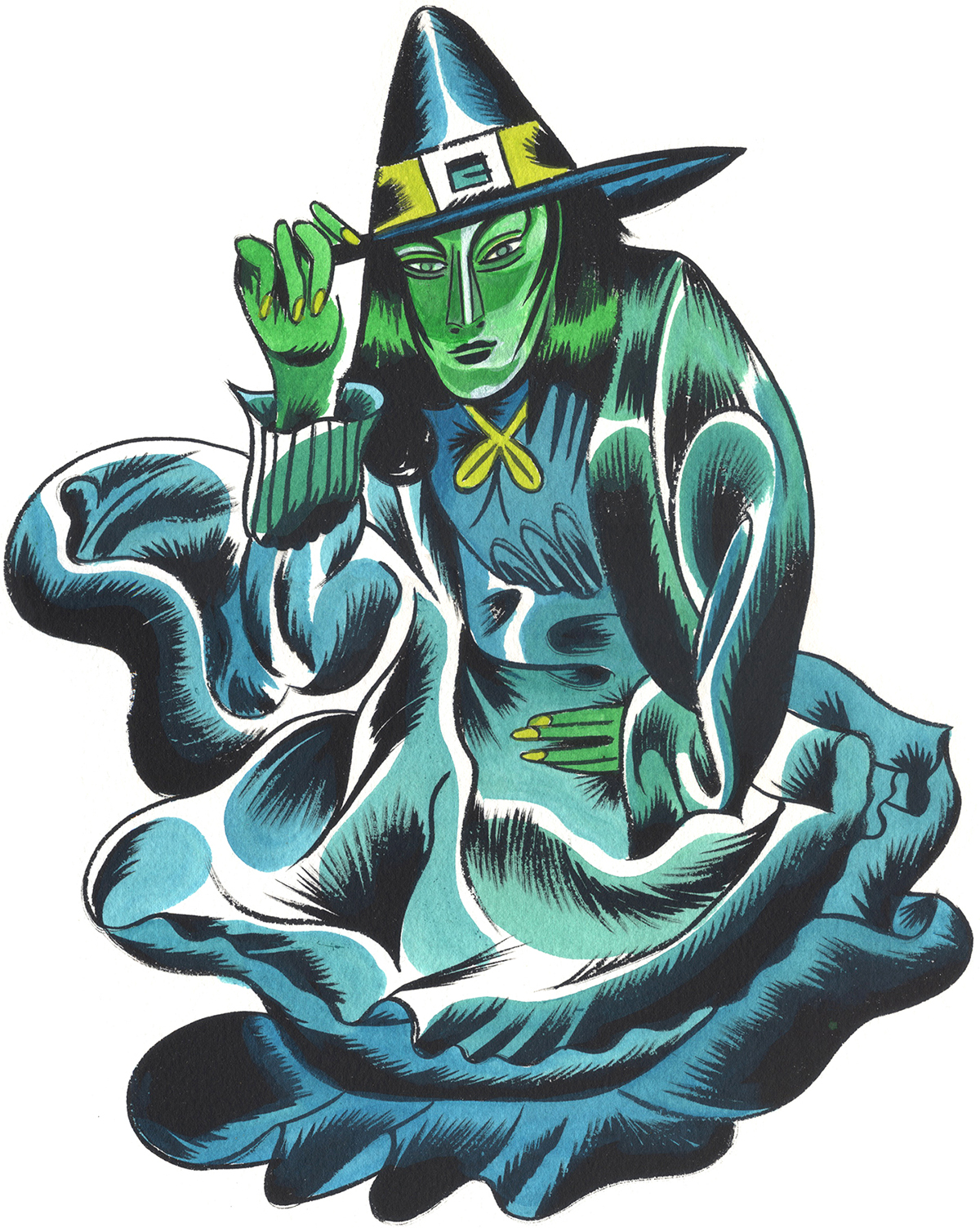 When my son was seven, he still wished fervently to believe. That year, with October soon to reach its zenith in Halloween, he asked me, “Do witches exist?”

I replied, “Of course witches exist!”

“Yes.” Pause. “Though we hardly ever see them.”

“Exactly. That’s why we have lots of stories about them to remind us of their existence.”

“They’re scared of us,” he said with a slightly malevolent glint in his eyes. “Because we’re alive, and they’re not. Ha!”

I laughed. Perhaps he was right. Things are not always what they seem. Ghosts and witches might indeed be afraid of us, not the other way around. In any case, this I knew: my son, already a serious rationalist, would soon lose his belief in the supernatural, but I wanted him to start out with one, largely because of my experiences in Thailand as an exchange student.

In a rural Thai village, when I was seventeen, I learned to respect (rather than loathe, fear, deny, or denigrate) ghosts, witches, ghouls, and spirits. I’d had a painful divorce from a punitive Christian religion, which declared, without irony, that all supernatural phenomena were the work of Satan. So for me, until Thailand, fear of the supernatural was always about fearing evil.

The unseen became an exciting, wonderfully awful part of existence.

Imagine my delight to discover Buddhism and the many legends and practices it has absorbed from folkloric traditions. Buddhism in Southeast Asia is big and old enough to hold entire worlds of spirit, which contain energies we cannot always see but often feel. Most homes and businesses host a spirit house, like a miniature temple, where humans honor unseen visitors with flowers, incense, food, and water. Many highly educated Thai people, along with millions of the rural population, believe in the tutelary spirits of place. From spirits, ghosts are hardly a leap: many people in Thailand believe in those restless beings trapped between realms and lives, often because of crimes committed in a previous existence.

After learning about spirit houses and ghosts, the water witch who lived under the bridge didn’t surprise me. Her presence prevented the village children from going down to the water at dusk (when malarial mosquitoes came out) and at night (when the danger of having an accident was higher) or, most dangerous of all in a profoundly communal culture, alone. When I joked to my friends that I planned to swim on my own, they reminded me of the witch, who’d cause me problems and possibly even drown me. I never did swim there alone.

For me, in Thailand, the unseen became an exciting, wonderfully awful part of existence. As much as we fear external sources of uncertainty and danger, we also fear our own shadow—the complex human darkness with which every individual and culture wrestles. In Thailand, these forces of danger were projected outward but close—near the houses we lived in, under the bridge where we played, into the abandoned schoolhouse of the village where the ghost of a girl who killed herself could be heard sometimes crying at night. This was the supernatural made natural, the frightening but real part of daily life, the lived experience of a small community.

Now my son has grown into the rationalist I always knew he’d be and he’s already declared that this year, his thirteenth, he’s not trick-or-treating. “And if I change my mind and go at the last minute,” he says, “it will only be for the candy.” But I hope that in some dark recess of his being, he’ll venture to visit the haunted house down the street and the neighbor who dresses up, almost too convincingly, as a witch.