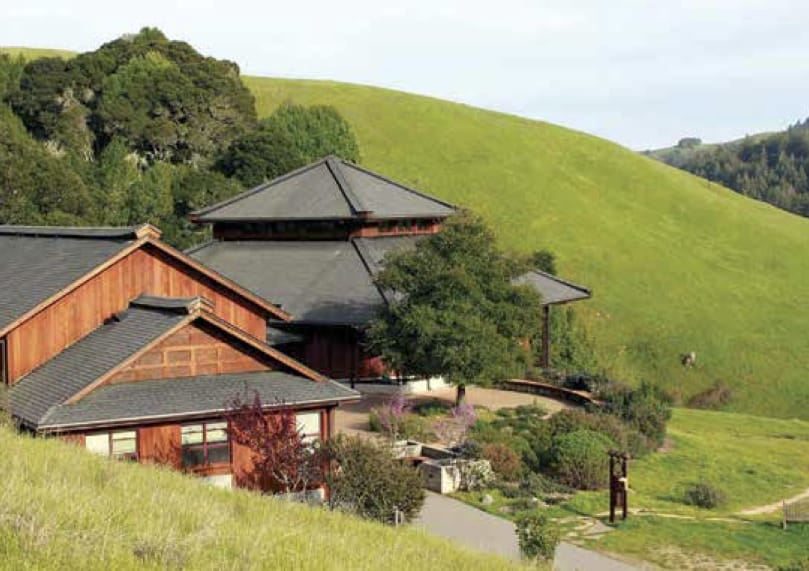 In 1975, three young Americans who had recently returned from years of meditation and study in Asia embarked on an experiment. Starting with the strict Vipassana meditation in which they were trained, Jack Kornfield, Joseph Goldstein, and Sharon Salzberg would teach dharma in the West as a collaboration among Buddhism’s different meditative traditions.

In 1984, Jack Kornfield joined with Insight teachers James Baraz, Sylvia Boorstein, Anna Douglas, and Howard Cohn to found a new center in California. It started as a series of Monday-night talks in community centers and people’s homes. In 1998, Spirit Rock Meditation Center was opened on 411 acres of beautiful undeveloped land in the San Geronimo Valley of Marin County, about forty-five minutes from San Francisco.

Today, Spirit Rock is a nexus, serving forty thousand visitors a year. It is close to the city, yet completely in nature. It offers deep residential retreats and popular afternoon programs. It upholds the core teachings of Vipassana but complements them with diverse traditions, including Native American religion, dance, neuroscience, kirtan, and all schools of Buddhism. The center is known for its commitment to diversity, offering programs for teens, children, LGBTQ people, and people of color. The famed Monday-night talks continue, now with a parallel program for kids.

To celebrate its twenty-fifth anniversary, Spirit Rock this year launched a $15.6 million capital campaign to upgrade its facilities (www.spiritrock.org/capital_campaign). This will allow Spirit Rock to generate its own solar power, accommodate twice as many guests in the meditation hall, start offering hermitages, and expand its programs for children and families. The discussion presented here between Insight teachers Jack Kornfield and Joseph Goldstein was the centerpiece of a gala evening in support of the campaign.