Gen Z has been called the “least religious generation,” but their story is still being written. Kevin Singer reports on why some Gen Zers are drawn to Buddhism and the findings of Springtide Research Institute’s survey The State of Religion and Young People. 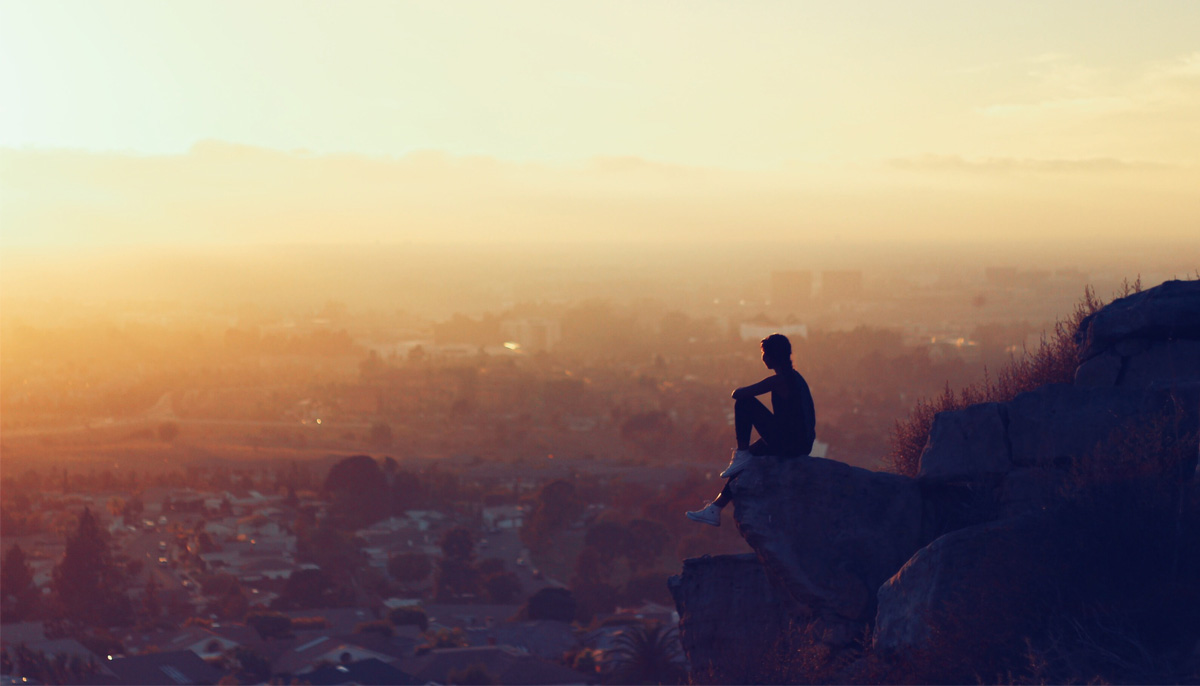 Gen Z, or those born roughly between 1995-2010, has been called the “least religious generation,” “spiritually illiterate,” and “the pioneers of religious taste-testing,” more comfortable with deconstructing religious principles and teachings than accepting them wholesale. However, despite America’s zeal for labels, when it comes to spirituality, Gen Z’s story is still being written.

As is usually the case, far more is known about how Christian Gen Zers are navigating spirituality than other religious and non-religious groups in America. Fortunately, Springtide Research Institute surveyed young people of every major religious group for The State of Religion and Young People 2020, including 182 self-identified Buddhists between the ages of 13-25. Springtide now maintains the largest dataset of American Gen Zers and their religious beliefs on record, with over 20,000 surveys and interviews conducted over the last few years.

The State of Religion and Young People surveyed young people on their beliefs from a variety of angles to capture as much of the story as possible. This included questions probing how often they think about the meaning and purpose of their lives, how much they consider themselves religious or spiritual, how much religion shapes their daily lives, and how much engagement they have with religious institutions and leaders.

Of all the major religious groups surveyed for the study (e.g., Protestant/Catholic Christians, Jews, Muslims, Hindus, Buddhists), young Buddhists were the most likely to:

Additionally, young Buddhists were the least likely to:

To better understand Gen Zers who are attracted to Buddhism, Executive Director of Springtide Dr. Josh Packard interviewed Rev. Sumi Kim, Coordinator of Buddhist Life at Yale, and Harrison Blum, Director of Religious and Spiritual Life at Amherst College, who identifies as Buddhist.

One major theme that arose during the interview is that Buddhism tends to attract young people who did not grow up religious, nor would they identify as religious — but they may consider themselves spiritual.

“More widespread in Gen Z than previous generations is that students were raised with nothing. They had no faith tradition. In fact, some aren’t familiar with terms like agnostic or atheist. Religion just wasn’t in the picture at all,” explained Rev. Kim, adding, “They have a conception that Buddhist philosophy in particular and meditation practice from the Buddhist tradition offers a way of being spiritual, but not religious.”

Blum has observed that Buddhism dovetails with Gen Z’s appetite to explore spirituality apart from formal institutions and structures, comparing their attraction to Buddhism to their love for open-source technology. “Not to downplay the importance of Buddhist teachers, but I find and I think other younger people find an invitation in Buddhist practice that their own experience is the spiritual laboratory where we can all be users and experimenters in our spiritual paths, somewhat unmediated or not overly mediated by structures,” Blum explained.

In many ways, young Buddhists reflect where many Gen Zers are at.

According to Blum, who grew up Jewish and had a Bar Mitzvah in the Reform tradition, young people are not necessarily deterred that many strands of Buddhism do not subscribe to the existence of a higher power. “I was somewhat spiritually a free agent in college. I could simplify my label as agnostic as well as Reform Jewish. For me, Buddhism was tremendously appealing in that a belief in God was not a gatekeeper to participation. I see that same trend in students,” Blum explained.

Rev. Kim agreed that in her years of experience serving as a chaplain at Yale, she has observed, “Many in their twenties remain spiritual free agents, cobbling together different things from the wellness side, the secular world, from their past if they were churched, and more.” Buddhism welcomes spiritual “free agents” with open arms, though these young sojourners may never come to identify as Buddhist. “Very few ‘become Buddhist’ or would say they ‘are Buddhist.’ That’s partly from the tradition itself — Buddhism generally doesn’t have a very strong conversion process. More often people might say, ‘I practice the Buddhist path, I practice meditation, and study the Buddhist philosophy.’”

Blum has noticed a similar pattern: Young people are more likely to glean what they can from Buddhist philosophy and practice than formally commit to “becoming a Buddhist.” He told the story of a group of students that gathered every week to meditate together and explore Buddhist teachings. “I don’t know if I could say they gathered because they really wanted to understand Buddhist teachings,” Blum remarked. “I think it’s because they wanted to understand and have some ease with their human experience — and that is Buddhist teaching,” Blum said.

Nevertheless, when addressing students who pursue Buddhism, Blum is not afraid to use the word religion. “I will say to people who say to me, ‘Well Buddhism is not really a religion,’ I try to say, ‘It might not be to you, but it is to thousands and thousands of people over thousands of years,” Blum explained, adding, “I try to contextualize that there are many Buddhisms. However, we are a part of making Western Buddhism. I remind young people that the Buddhism they are interested in is not the only one, but the one they are interested in they are actually helping to form, because generations from now, what we do with Buddhism today will impact what it means to Buddhist in the United States in the future.”

Data points tell us some things, but they can’t tell us the whole story. Though the raw percentages could be interpreted that the majority of young Buddhists are committedly nonreligious and uninterested in the meaning and purpose of their lives, Kim and Blum help us to see that young Buddhists may defy easy categorization. They may have a nonreligious background, or, they may categorize their interest in Buddhism as spiritual but not religious. They may not tick all of the boxes for being “religious,” such as a belief in a higher power or consistent attendance at a formal religious community. Yet, they are also the most likely to say they are at least “slightly religious.”

In many ways, young Buddhists reflect where many Gen Zers are at. Among all who say they’re affiliated with a formal religious tradition, a little more than half (52%) rate their trust of religious institutions at five or below on a ten-point scale, and 65% of those over 18 say they attend religious gatherings once a month or less. Just 8% of all the study’s respondents say there is a religious leader they can turn to, and just 22% of all the study’s respondents say they have no doubts about the existence of a higher power.

Disrupting familiar norms and categories appears to be a trend among Gen Z, who seem intent on building new institutions and traditions rather than maintaining old ones. This sounds awfully familiar to how Buddhism got started. To those who are caring for Gen Zers, it is important that as we come alongside them, we resist labels and make space for the story they want to tell.

Kevin Singer (@kevinsinger0) is Head of Media and Public Relations at Springtide Research Institute and has taught world religions at two community colleges for the last ten years.