Día de los Muertos is a reminder, says Linda González, that we are all one in life and death. 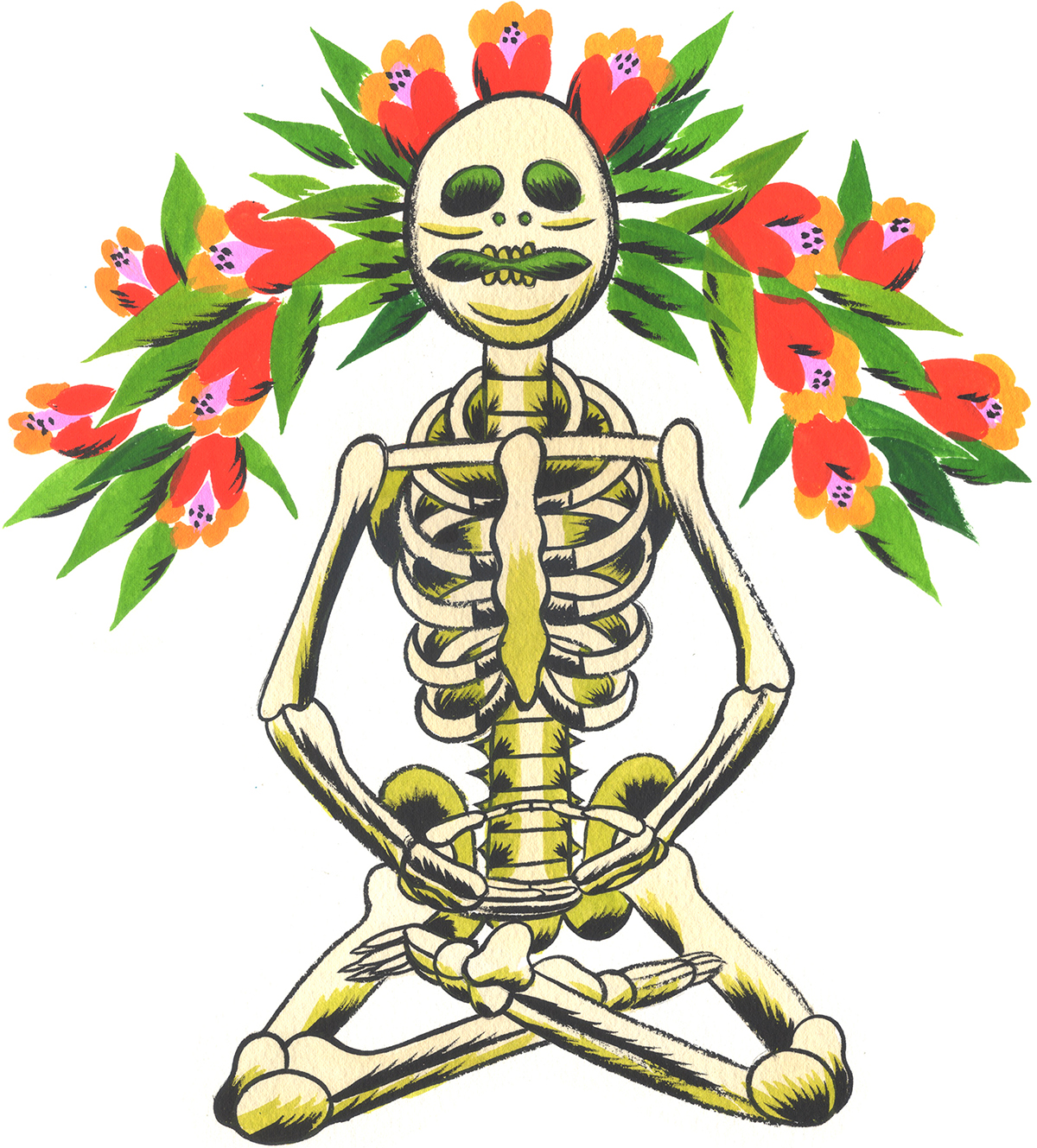 I haven’t been a Halloween aficionado since I lost my childhood delight over candy and decided that witches were not bad. Día de los Muertos, however, became a more meaningful marker to me when my father passed into the next realm on November first, which is the day on which Día de los Muertos falls. After that, I began inviting my communidad to a joyful experience for this quintessential Mexican event to make calaveras of sugar and decorate them while drinking Ibarra chocolate.

My parents will stay on my Buddhist altar, tiny beside the bronze statue of Amida Buddha.

As I entered deeper into my Buddhist path, Día de los Muertos aligned easily with the four noble truths. Remembering mi gente each year lessens my suffering while reminding me there is a path to healing unfinished business, even after death.

This well-worn yearly path begins with a musty container of pictures and mementos. I set up an altar below the shelf that holds my Buddhist altar and smile while taping up an image of a skeleton sitting zazen. Sometimes I move pictures of those who have passed that year from the upper altar to the lower one. This year Ethel, my twins’ sweet dog, will journey down. So will my brother. But my parents will stay on my Buddhist altar, tiny beside the bronze statue of Amida Buddha. I love the serendipity of them next to the buddha that I turn to for comfort. Yet I know they would have rebuffed my spiritual practices as too ethereal and “Northern Californian.”

I wonder if my millennial twins will carry the practices of Día de los Muertos and Buddhism that I have exposed them to into the future. They laugh at my Wi-Fi network and passwords. “Do no harm,” they screech. “Do all good,” they chortle. “Benefit others,” they bemoan. But la vida y muerte are relative terms, and “sugar” and “skulls” are two words that absolutely belong together.

The four noble truths and Día de los Muertos remind me that we are all skeletons underneath our different skin colors. We are all one in life and death, even as the absurdity of dualities is thrust upon us every day. That is why the skeletons dance and sit zazen each year on my altar. They remind me to break down the wall of delusion and find the lesson in each moment of suffering and loss.

Linda González is a life coach and the author of the memoir The Cost of Our Lives.