The late Bernie Glassman explains how the three tenets of the Zen Peacemakers work to turn confusion into skillful action. 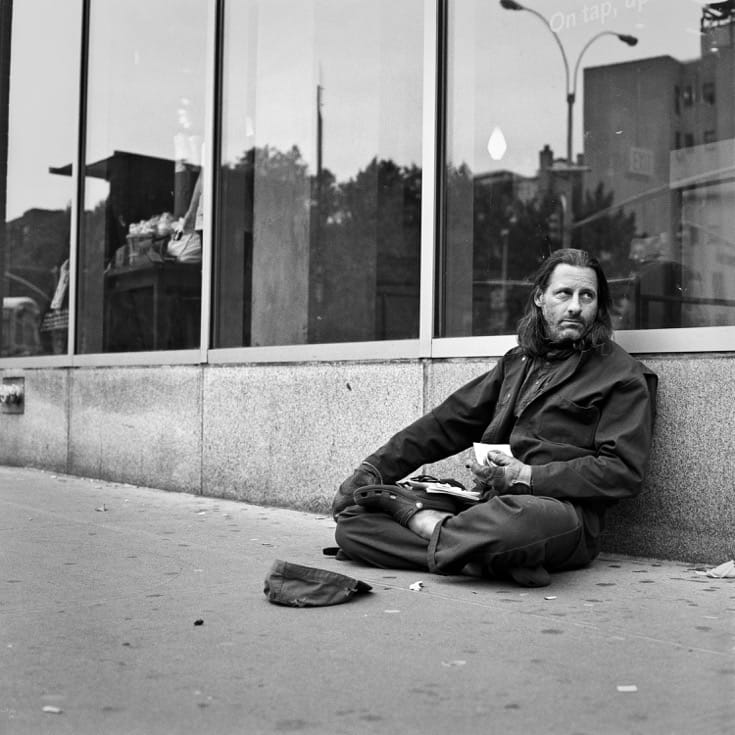 A Zen student begs for change during a 2009 Zen Peacemaker Order street retreat. Photo by A. Jesse Jiryu Davis.

There are three basic tenets of the Peacemaker Order. The first is not knowing—being in the state of not knowing, letting go of fixed ideas. The second is bearing witness—totally immersing oneself in the situations that one is involved in. And the third is healing oneself and others, out of the ingredients that come up from bearing witness.

Bearing witness has to be done by first entering the state of not knowing. That is, you are not entering a situation with the feeling that you know what to do, but entering it completely as a child, just being there to listen and to feel with every bone, with every cell, with every hair of your body. By feeling what’s happening, letting the ingredients of the situation arise, you can take those ingredients to create a healing meal.

Part of the state of not knowing is entering into the worlds I am afraid of.

I have been meditating since about 1958, about forty years, and I’ve probably gone to hundreds and hundreds of retreats. But about five years ago, I went into the streets to live, just for about four days in the Bowery, and a few people joined me, and what came out of that four days was something I had not expected. I entered a situation that I was totally unprepared for—I had no idea of what I was getting into—and I learned a tremendous amount.

For me, part of the state of not knowing is entering into the worlds I am afraid of, entering into worlds about which I have no idea. I’m drawn to those aspects of myself that I do not understand, that I fear, that are a mystery. I’m drawn to enter that realm. If I meditate in an arena which is very familiar to me, then I find that it’s too peaceful. It’s wonderful. It’s like having a cup of cappuccino. I love to meditate. But when I go out into these arenas like the street, things arise that are tremendously important, and there comes a healing of myself and others that I would never have expected.

What is meditation? To me, meditation is bearing witness to the wholeness of life. It’s more than just sitting in a certain position. One of my teachers was a man named Yasutani Roshi. All he did was teach meditation and do retreats with people, week after week, and yet he would say that there are many dolls sitting in the window shops in the form of meditation. They’re not meditating.

The sesshin was originally organized to get you into a place you are unfamiliar with. And how? Those sesshins were designed to overpower you, to get you out of the place where you were comfortable— to get you so tired, so worn out, that you couldn’t remain hooked up to your attachments to yourself. That’s not easy: we are fanatics about staying attached to our addiction. That addiction is strong, the addiction to the self. 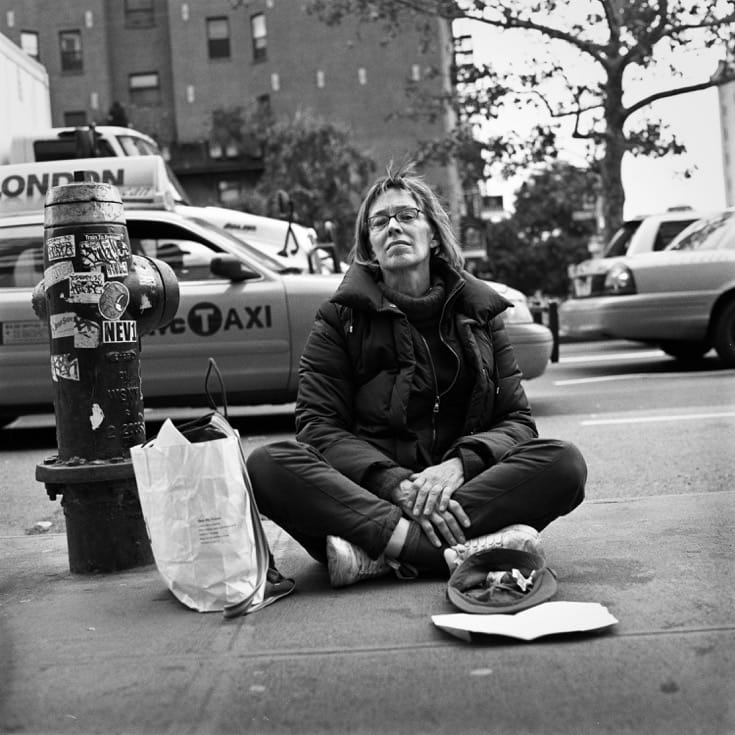 Street retreatant on Houston St. in Manhattan. Photo by A. Jesse Jiryu Davis.

In many cases we’re just trying to create a more peaceful, happier space for ourselves, and meditation is another way that we can do it. In Zen we call that space “the cave of the devil.” The role of the monitor is that if they see a person sitting in the cave of the devil, in that wonderful space, that peaceful space, they knock them out of it.

Healing Oneself and Others

The next phase is really making use of all these wonderful things we’ve learned, and to get involved in the healing of the earth, in the making whole of the human race, and not just the human race, the whole universe.

So the sesshin was created to try to get people out of the space that they’re familiar with, to get them into a space where they are not in control of the situation. In the same way, the idea of “plunges” is one of the tools of the Peacemaker Order. We ask you to plunge into a place about which you are completely unfamiliar, a place of your fears, a place of your unknown. It could even be a beautiful place: a plunge into being a clown could take you out of your usual way of thinking. 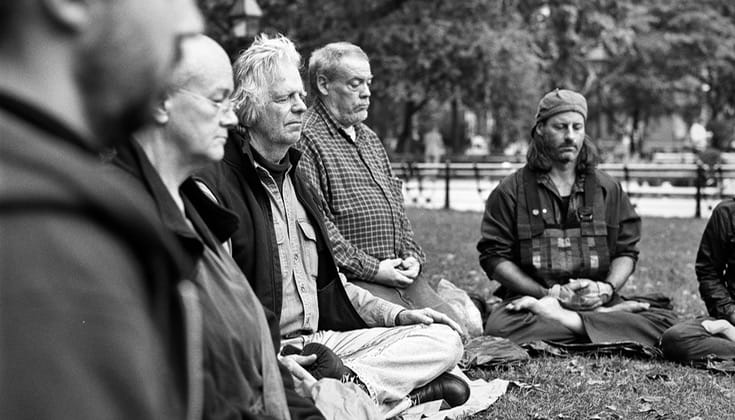 In Zen we use koans in exactly the same way. What is the hand of the buddha? One simple koan. What is a hand? Who am I? Taking us out of our concepts, our ideas of what life is all about. Koans are meant to do that and plunges also will do that. So everyone who joins our order will be doing plunges into worlds they are not familiar with. Being plunged into that space, then bearing witness. So everyone has to learn how to listen, how to dialogue, how to sit, how to receive, how to question. The answers are not important.

Adapted from a talk at the conference on “Peacemaking: The Power of Nonviolence,” in San Francisco on June 9, 1997.