In 2015, Sweden Post released a stamp depicting a Buddha as part of a series commemorating the Vikings. How did the two come to meet? 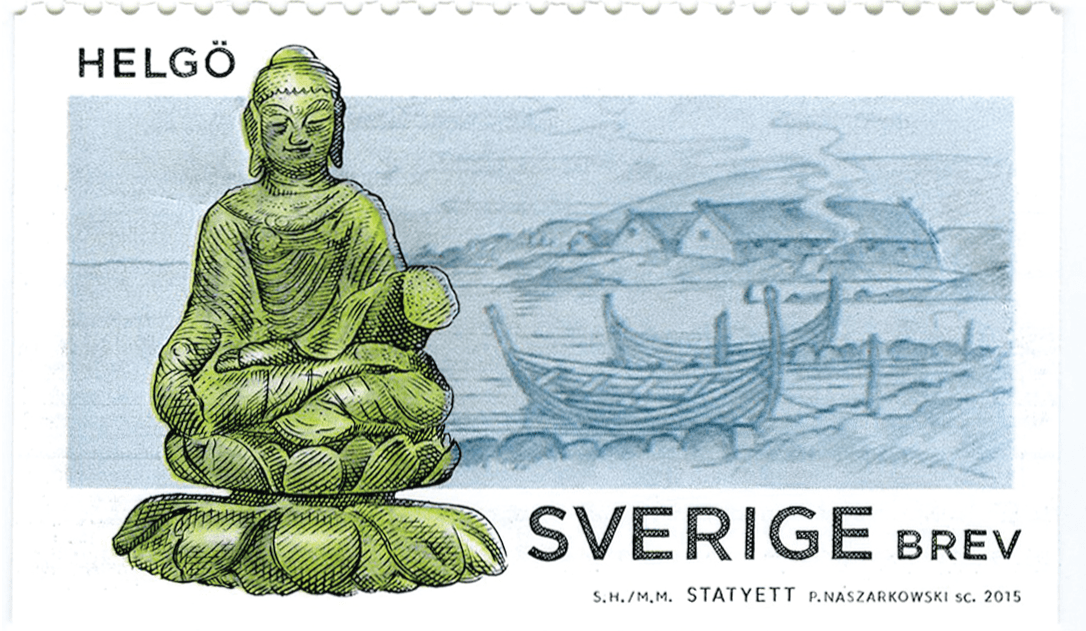 In March of 2015, Sweden Post released a stamp that depicts the Buddha sitting in a lotus as part of a series commemorating the Era of Vikings. The illustration is of a small, bronze statuette of the Buddha, which was uncovered by archaeologists in a small Swedish town in 1954. The archaeologists dated the statue to the 5th century, likely coming from Kashmir, Northern India.

Leather straps on the statue indicate that it was carried as a talisman by merchant traders. Historians hypothesize that the Buddha was carried over thousand of miles, up and down the rivers and steppes of Eurasia, before arriving on the mantlepiece of a Viking home in Sweden, perhaps after two or three hundred years of travel. 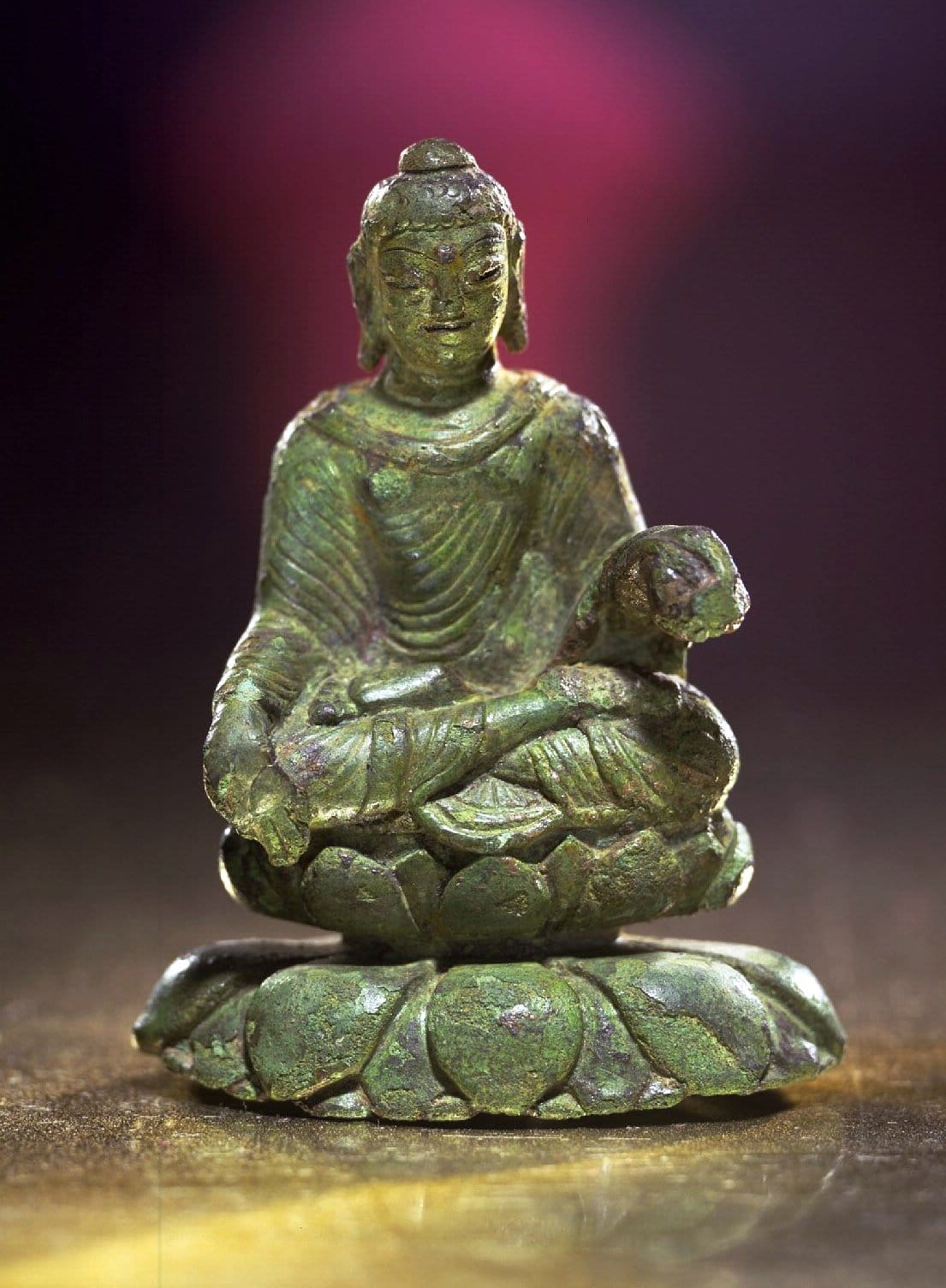 Photo by the Swedish History Museum.

Today, the statue, which is on display at the Swedish History Museum, is regarded as the most famous and remarkable find from the site, hence receiving the special honor of appearing on a stamp.