“I pray for your success in meeting the challenges that lie ahead in fulfilling the hopes and aspirations of all Americans,” His Holiness writes to U.S. President Joe Biden, “and in contributing to a more peaceful and harmonious world.” 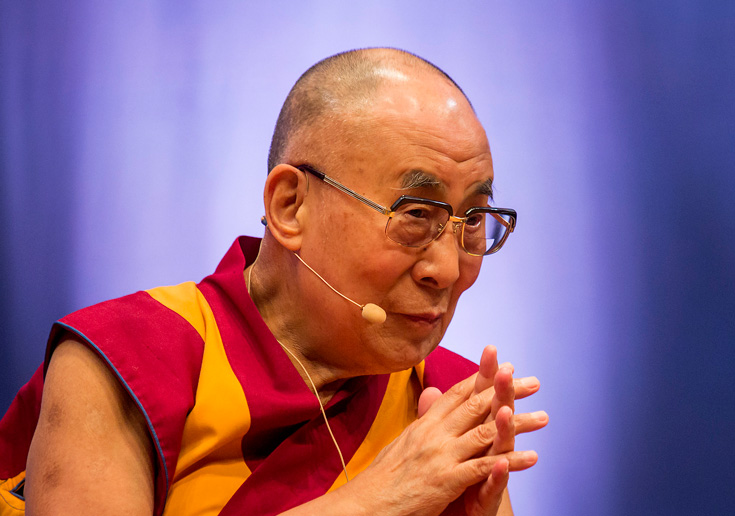 His Holiness the Dalai Lama. Photo by webted.

The letter to President Biden, posted on the Dalai Lama’s website reads:

As someone deeply concerned with the ecological crisis our planet faces, I am so pleased that you are elevating the issue of climate change to your highest priority and that the United States is rejoining the Paris Climate Accord. Global warming is an urgent threat to the whole world and to the survival of our species.

May I also commend you for other measures you are taking towards the betterment of the United States of America. I have long been an admirer of your great country, the bastion of liberty, democracy, religious freedom and the rule of law. The whole world places its hope in the democratic vision and leadership of the United States. In these challenging times, I am confident that you will contribute to shaping a more peaceful world in which those suffering from hunger, disease and violence may find help. The need to address these issues is indeed pressing.

Once again, I take this opportunity to express our gratitude for your long-standing support for the Tibetan people. It has been our good fortune to have enjoyed the friendship and encouragement of the American people and their leaders in our endeavour to protect and preserve our ancient Buddhist culture, a culture of peace, non-violence and compassion.

I pray for your success in meeting the challenges that lie ahead in fulfilling the hopes and aspirations of all Americans and in contributing to a more peaceful and harmonious world.

The letter to Vice President Harris, posted on the Dalai Lama’s website reads:

I have no doubt that your commendable background in public service will enable you to make valuable contribution to the people of America.

I am particularly pleased that you are the first woman in the history of your country to be holding this position. It is a tremendous source of inspiration not just to people in your country, but also to many others who look to the United States for leadership.

Madam Vice President, I hold the firm conviction that women are more empathetic and sensitive to the feelings of others, qualities I first learned from my loving mother. There is also scientific evidence that when it comes to compassion, women are more sensitive to others’ pain. It is inspiring that there is a growing recognition of the importance and value of women’s leadership. I feel that if more of our leaders were women the world would be a more understanding and peaceful place.

Since my childhood I have admired the United States of America, a nation that has been a beacon of hope for so many around the world in their wish for liberty, democracy, religious freedom and the rule of law.