In the Baseball Sutra, recently discovered by scholar Donald Lopez, the Buddha explains why he created a game where suffering and failure are the norm. 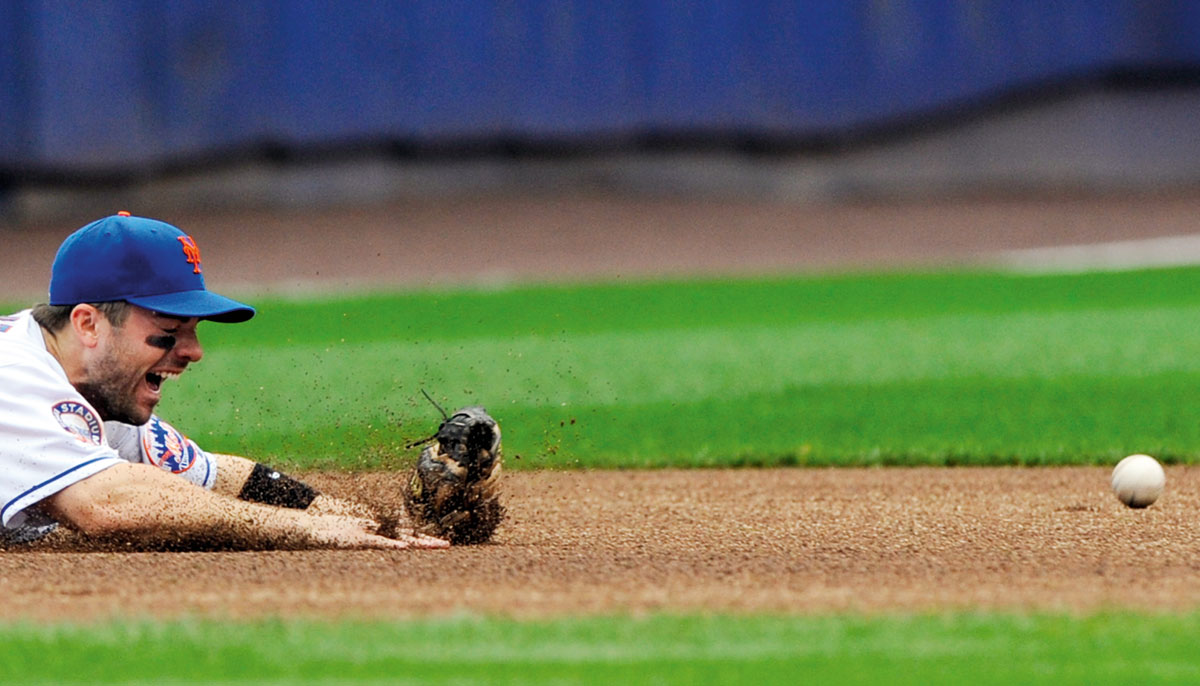 In the broadcast booth, Jim Kaat, the veteran left-hander who won twenty games three times over his long career, took off his headset, rose from his seat next to Bob Costas, and addressed the Buddha.

“Lord, in my twenty-five years in the majors, I have toed the slab many times. I started 625 games, I won 283 games, I pitched 180 complete games. In those games, I saw so much suffering. I saw pitchers get hammered, throw wild pitches, not have their good stuff, hang curveballs, leave sinkers up in the zone, miss the corners, be wild in the strike zone.

“I saw infielders have easy grounders go through the wickets, I saw them come off the bag, miss tags, throw wide of the bag, be handcuffed by a bad hop, and olé ground balls down the line. I saw outfielders misplay flies for triples, mistime their jump, trap sinking liners, have fly balls bounce off the heel of their glove, miss the cutoff man, airmail throws to third, and short-hop throws to the plate. I saw catchers get hit by foul tips, drop pop-ups, miss tags, drop throws, commit passed balls, and get crossed up.

“Blessed One, you have made a game where the best batters fail to get a hit 70 percent of the time, where the scoreboard in every stadium each day displays a giant E, where a ‘quality start’ yields a 4.50 ERA, where relief pitchers are judged not by their wins but by their saves, the number of times they avert disaster. A team that loses four of every ten games always goes to the playoffs; a team that loses five of every ten games never does. All of this takes place in a season that seems endless, 162 games, many endured in the dog days of August.

“Blessed One, holding high one of my sixteen Gold Gloves, I ask you: Why did you make a game so suffused with suffering?”

The Buddha responded, “Well said, well said, Original Twin, you, who should be in the Hall of Fame. You speak the truth. I have made a game in which there are so many ways to fail, and those failures are recorded for all time, for all to see, and for all to ponder. I made this game to teach the truth of suffering.

“I teach the suffering of change. This is when that which once seemed to be a source of pleasure becomes a source of pain. This is why I made a game that is long and can always be longer, where the excitement felt by fans upon entering the stadium and seeing the field of green as they make their way through the concourse turns into restlessness as the game moves into the late innings of a laugher. This is why I made a season that is so long, where the excitement of the players on Opening Day has been sapped by the trade deadline.

“I teach the suffering of conditioning, that each player on each team and each fan in each seat, and each fan watching at home and each fan listening in the car, is ready to undergo suffering in each moment. I have made a game where some three hundred pitches are thrown in each game and each of those pitches is a moment of failure for the pitcher or the hitter, for the fielder or the runner, and always for the fan of one team or the other. In order to teach the suffering of conditioning, I have made a game in which there are so many ways to fail.”

Commentary on the Sutra

Buddhism is renowned for its doctrine of suffering. The Buddha’s famous statement “All is suffering” is often heard. Suffering is the first of the four noble truths, the subject of the Buddha’s first teaching after he achieved enlightenment. As one might expect, then, there are detailed discussions of the nature of suffering in Buddhist texts, with much insight and nuance.

The statement that “All is suffering,” a statement often cited to describe Buddhism as “pessimistic,” is not a claim that we are racked with pain during every moment of our existence. Something subtler is meant by the term “suffering.” Here in The Baseball Sutra, the Buddha alludes to what he calls the three types of suffering, each of which occurs in life, and each of which occurs in baseball. 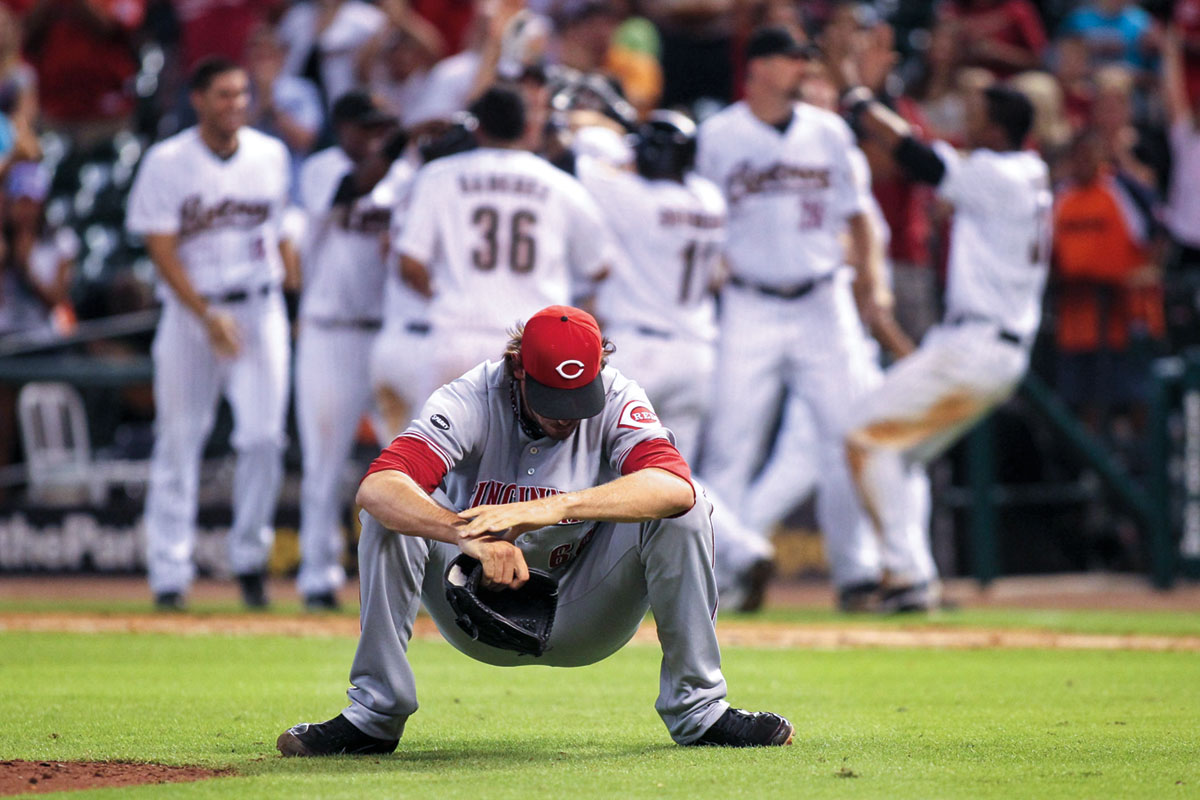 The first and most obvious type of suffering is called the suffering of pain. It includes all of those experiences that we find painful, both physically and mentally. For players, this would include the myriad injuries they suffer during their career, all of those things that send them to the trainer’s room, to the team doctor, to the hospital for an MRI, whether it makes them “day to day,” sends them to the ten-day injured list, ends their season, or ends their career.

The physical suffering of the fan is rarer, including stubbing your toe as you go up the steps on the way to your seat, getting hit with a foul ball, feeling nausea after eating a bad hot dog, or the discomfort of standing in a long line to use the restroom.

The suffering of pain also includes mental pain. In baseball, this includes all the types of sadness that we feel over the course of a season, and over the course of our lives as players and fans, the sadness felt with every loss. Even the team with the best record in the live-ball era, the 2001 Mariners, lost forty-six games that season and lost the ALCS to the Yankees, four games to one. The 1962 Mets lost 120 games. But the Mets won forty games that season, so when the Buddha says “All is suffering,” he is not referring to the Mets’ suffering of pain; there were moments of pleasure in that miserable season. 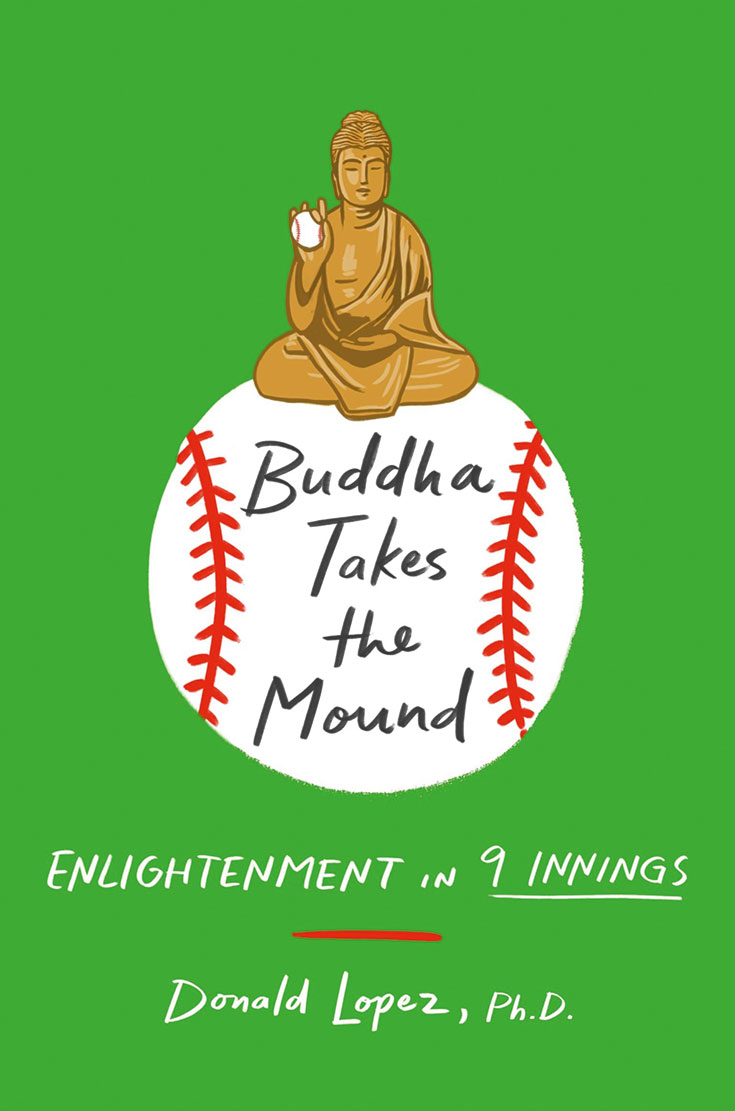 In baseball, an example would be coming out of the cold concrete concourse after a long walk to the stadium, feeling the comfort of being able to sit in one’s seat in the bleachers and bask in the warm sun. But as the game progresses, the seat becomes uncomfortable and you get a headache from sitting for hours in the sun field. You have to get up and walk around the concourse to cool off and stretch your legs. Then you start to get cold, so you return to your seat. From the Buddhist perspective, most of our life involves tacking back and forth between various activities, doing what makes us feel better until it starts to make us feel worse, then doing something else.

According to conventional wisdom, pleasure and pain are two sides of the same coin. However, in Buddhism, there is a more radical claim, that pleasure and pain are different, and one of the important ways in which they differ is that a painful experience will remain painful unless one does something to stop the pain, while pleasure will eventually turn into pain unless one knows when to stop doing the thing that caused pleasure in the first place. A pitcher who feels a shooting pain in his elbow from having torn the ulnar collateral ligament will never pitch without pain until he has Tommy John surgery and rehabs for at least a year. That pain will never become pleasure. Yet pleasure will become pain. The batter who experiences the pleasure of winning the Home Run Derby during the All-Star break will feel that pleasure turn into pain when he goes into a slump in the second half.

This truth is often expressed in Buddhist texts, where we read that it is a miracle that we go to sleep each night and wake up the next morning, where we read that we cannot say with certainty that we will not die in the next moment. We are constantly subject to, and subjected to, change, a change over which we have no control. In Buddhism, there is no form of suffering that is more horrific. It is this form of suffering that motivates the Buddhist to find a state beyond this uncontrolled and uncontrollable change, a state where there is no change, a state called nirvana.

Excerpted from Buddha Takes the Mound: Enlightenment in 9 Innings, by Donald Lopez Jr. With permission from St. Martin’s Essentials.

Donald S. Lopez, Jr. is the Arthur E. Link Distinguished University Professor of Buddhist and Tibetan Studies at the University of Michigan. His books include The Princeton Dictionary of Buddhism (with Robert E. Buswell, Jr.), The Tibetan Book of the Dead: A Biography, and The Lotus Sutra: A Biography. He lives in Ann Abor, Michigan.