The vast majority of American Buddhists are of Asian heritage, yet they are too often ignored, mispresented, and even looked down upon. Chenxing Han offers five ways we can start to heal the great divide in American Buddhism. 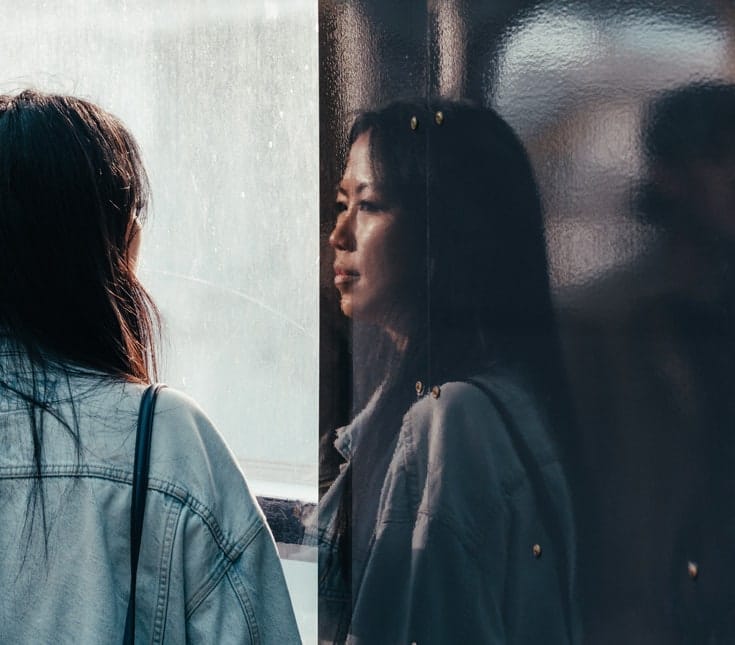 This past January, I read Ijeoma Oluo’s So You Want to Talk About Race, a yellow “NEW” sticker gracing the spine of my library copy of the book. Of course, race is nothing new in the U.S., though there are many who’d rather not talk about it. For Oluo, being black is a source of strength, beauty, and creativity. Her blackness also makes her a target of racism.

Oluo likens the experience of being a person of color to walking down a street and being punched in the arm every few minutes, without knowing who will be punching you or why, without ever being able to escape the street. Maybe a well-meaning individual, gesticulating during an animated conversation, lands an unintentional punch. Oluo writes, “The real tragedy is that you get punched in the arm constantly, not that one or two people who accidentally punched you in the arm might be accused of doing it on purpose.”

In the book, Oluo confesses that “even today, after having spent years of my life focused on racial justice, Asian Americans are at times an afterthought in my work.” I appreciate her candor—it’s hard enough to identify our blind spots, much less admit them publicly.

How does it feel to be an afterthought?

All too familiar. Though I don’t like to admit it, I’ve become inured to being dismissed in discussions about race in America. I’d become so accustomed to being a minority that I was surprised to learn, in a 2012 Pew Forum report, that two thirds of Buddhists in America are of Asian heritage. Just four years prior, the Pew Forum had reported the percentage as less than one third—the researchers had neglected to conduct interviews in any languages besides English and Spanish. In 2012, they added seven Asian languages to the survey, and the percentage of Buddhists of Asian heritage doubled.

And yet, a 2015 Washington Post article about 125 U.S. Buddhist leaders gathering at the White House reports on the “mostly white convert communities who make up three-quarters of U.S. Buddhists.” Passing mention is made of “immigrant-based Buddhist communities.” Everyone quoted in the article is white. The photo at the top of the article shows a “popular meditation teacher and writer” who is, you guessed it, white.

How does it feel to be erased?

Until his untimely death in 2017 at the age of thirty-four, Aaron Lee answered this question again and again in the blogs Dharma Folk and Angry Asian Buddhist. Many who knew him joked that “Aaron knows all Buddhists.” He formed friendships with Buddhists from many different backgrounds (a short list: Thai, Vietnamese, Bangladeshi, Taishanese, Burmese, Japanese)—not just in America, but all around the world. I didn’t realize how much of Buddhist Asian America I was missing until I met him. When he died, I grieved the loss of a dear friend who had refused to allow Asian Americans to be erased from the story of American Buddhism.

In 2016, Lion’s Roar magazine published an article in which a famous Korean Canadian actor interviews two white “leading Buddhist teachers.” This interview then reappeared online in early 2019, perhaps because the actor had been nominated for a Golden Globe. Seeing “the Future of Buddhism” in the title immediately raised a red flag for me. All too often, such articles celebrate how white spiritual seekers learned meditation from teachers in Asia in the 1960s and have since established uniquely “American” sanghas where people are free to “not wear robes, and chant in English”—an improvement on the overly “patriarchal,” “devotional,” and “strict” monasteries in Asia that fail to meet the needs of “psyches that are very different in the West.”

Sadly, this article was no exception.

What are Asian Americans to make of these statements? Are our psyches Western or Eastern? Is the Japanese American-founded Buddhist Churches of America, despite its six-decades head start, less “American” than meditation communities established by white lay teachers? Are sexism, devotion, and strictness really absent from primarily white sanghas? Do the many Asian American Buddhists who show respect to robe-clad nuns and monks, who chant in Pali and Chinese and Tibetan and other Asian languages, practice a more backward form of the religion? Indeed, are they missing out on Buddhism’s “essence,” which is “not religion” but “a science of mind?”

When we read that white meditators “were free to bring Buddhism into the twentieth century” in the sixties while “in certain cultural forms Buddhism hadn’t changed since the Middle Ages,” how can we view the hundreds of millions of Buddhists in Asia today as anything other than retrograde?

How does it feel to be misrepresented?

A series of punches; always bracing for the next one. Even if no harm is meant, it still hurts.

My Buddhist teachers and friends are diverse in age and generation, gender and sexuality, race and ethnicity and nationality, class and ability, language and culture, education and profession, practice and belief. Some I have met in person; others in the pages of books. I have practiced with Insight and Zen meditation communities and was once on welfare as a young immigrant from China. But I do not know what it is like to be a Chinese American gay man and Insight meditation teacher who came of age in the sixties, a bisexual black woman who became a Zen Buddhist priest, or a disabled working-class white meditator and activist. Awareness of intersectionality helps me locate my blind spots.

For this article, I was asked to write about “the gulf that exists between Asian American and so-called convert Buddhists and how to bridge it.” I have failed in that assignment. I am an Asian American convert Buddhist (I was raised by nonreligious parents), so I’m not sure which side of this gulf I fall on. It seems that I have fallen into the chasm created by the either/or options of this binary.

Here’s the thing: I’m tired of the “two Buddhisms” narrative. We humans are too susceptible to the metaphors we use, the stories we tell ourselves.

I do not represent all Asian American Buddhists, just as I don’t expect any individual white (or other) Buddhist to speak for all of “their kind.” Stereotypes that view Asian American Buddhists as Oriental monks or superstitious immigrants sting. The promotion of a monoculture of mindfulness denies access to a world of Buddhist practice that includes ritual, chanting, offerings, bowing, and so much more. When the word “enclaves” is applied to majority-Asian American Buddhist temples but not majority-white meditation centers, I can’t help but wonder if this is just another way for people who look like me to be forever othered, “perpetual foreigners” no matter how many generations ago our ancestors came to this country.

Here are some shifts I’d like to see in the future of American Buddhism:

From hubris to humility: fixating less on expertise and celebrity and focusing more on an honest acknowledgement of our blind spots in order to examine the ways we (intentionally or otherwise) harm others through our actions, speech, and thoughts.

From assumptions to curiosity: suspending our stereotypes to make room for questions and deep listening.

From narrowness to diversity: getting outside our limited experiences and viewpoints to meet and learn from those who are, too often, afterthoughts in our Buddhist circles.

From enclaves to interconnections: moving past our tendency to stick with those who are similar to us (and to alienate those who aren’t) so as to build communities that honor differences and cultivate empathy.

From two Buddhisms to intersectional Buddhism: because why constrain ourselves to simplistic dualities when a vast kaleidoscope of possibilities remain unexplored before us?

Let’s continue these conversations. Let’s keep listening for the voices less heard. And when I say us, I include myself—and you, too, dear reader.