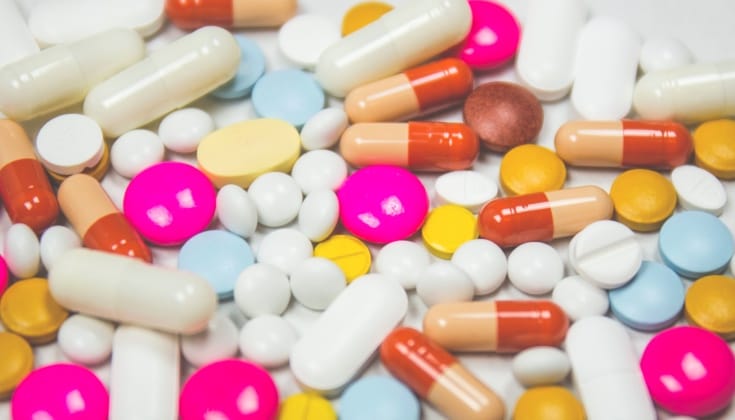 Addicted people are doing what we all do at times — even though we know what makes us happy, we choose to do something else. There’s a reason for that, says Massachusetts psychiatrist Lawrence Peltz, who for twenty-five years has been teaching mindfulness techniques to people struggling with addiction. “We don’t want to grow up,” he says. “We’re trying to be happy, but it’s hard to have a mind and body. So we don’t want to grow up. Instead we look for magical solutions.”

Ah, magic: faith in the instant delivery of a sense-blowing, thought-stopping Something Else. We all turn to this, of course. And Peltz says there’s nothing wrong with the occasional blast of a favorite indulgence: TV, ice cream, whatever. The problem is when this becomes a reaction, a bad habit, and is chosen over more healthy options. “When we have found a thing to feel better, but we are not facing life—that is addiction.”

One of life’s toughest afflictions, addiction mocks hope, kills people, destroys families. In 2009, there were 22.5 million Americans struggling with substance abuse or dependence. Two thirds of these were hooked on the most popular drug: alcohol. Of the rest, almost half were struggling with both alcohol and illegal drugs. Some people try, over and over, for years to move beyond an addiction.

“Mindfulness is the microscopic version of One Day at a Time,” Peltz says. “It’s One Moment at a Time.”

Some of the most impressive scientific research into addiction and mindfulness is being conducted at the Addictive Behaviors Research Center at the University of Washington in Seattle. Alan Marlatt led the center for more than thirty years, doing exacting work on addictive behaviors. Books such as Relapse Prevention and Harm Reduction solidified his place as a national leader in the field. Before he died this year, Marlatt set a team in place that is carrying on his work and taking it in new directions.

One of its research scientists is Sarah Bowen, whose primary focus is on mindfulness- based techniques for preventing relapse. She helped conduct a major study in which people imprisoned for drug- and alcohol-related crimes were monitored after their release. While inside, some had attended a ten-day meditation course in which they were trained to carefully observe how their body and mind interact. The control group received no such training. The study revealed that those who learned to meditate were much less likely to go back to drugs, whether alcohol, marijuana, or crack. They also had fewer alcohol-related problems and fewer psychiatric symptoms.

Not because they felt fine all the time—they didn’t. Urges arose, and the same depressive symptoms. But by learning to be mindful they could recognize the internal triggers that might signal a relapse. Closely watching their sensations— without responding to them— made an enormous difference. Instead of automatically reacting and spiraling back into drug use, people were “aware of what was happening, able to stay with it, and have some choice and respond skillfully rather than react habitually,” Bowen said. “There wasn’t so much grabbing for something to fix it: the substance abuse.”

Bowen, Marlatt, and other center members at the University of Washington took the meditation research and developed the Mindfulness-Based Relapse Prevention (MBRP) program, and the National Institute on Drug Abuse provided two million dollars for scientific studies. The team is completing another major study, this one focusing on how meditation helps people avoid relapsing, and whom it helps the most.

The MBRP program aims to help people in three ways. First, it works to develop awareness of personal triggers and habitual reactions, and helps people learn how to create a pause in this seemingly automatic process. Second, it seeks to change our relationship to discomfort, so we respond in good and helpful ways to challenging emotional and physical experiences, rather than rush to obliterate them. And third, it guides people to come to regard themselves with a point of view that is compassionate and nonjudgmental.

“The emphasis is on meditation practice, every day, as much as possible,” Bowen said. “And on mindfulness in daily life: how to notice when you are getting triggered.” This emphasis is sorely needed, says Peltz, who was trained as a mindfulness teacher at the University of Massachusetts Medical Center, where Kabat- Zinn conducted his initial studies. “A snag for some people is they won’t come out of their heads—they’re thinking addicts,” Peltz says. “That’s another addiction. Going up in the head and observing is a way of not being in the body.”

Peltz is finishing a new book tentatively titled Mindfulness and Addiction: The Recovery of Personal Authority. By authority he means we can be the authors of our own lives, rather than feel like they are merely happening to us.

“We can’t control our thoughts and feelings, and what happens to us, and what other people think and do,” he says. “What we can control is where we address our attention and actions.” As significant as the mushrooming medical applications of mindfulness are, Peltz says it’s not just for people who are sick or struggling with addiction and other major afflictions. Learning to be more mindful is a good idea for everyone, psychologists included.

“Being more in the body, and breathing more fully — it’s empowering.”