When you recognize the true nature of mind, says Dzogchen master Tsoknyi Rinpoche, all habitual patterns are naturally liberated in the space of wisdom. That includes the ultimate habit known as samsara. 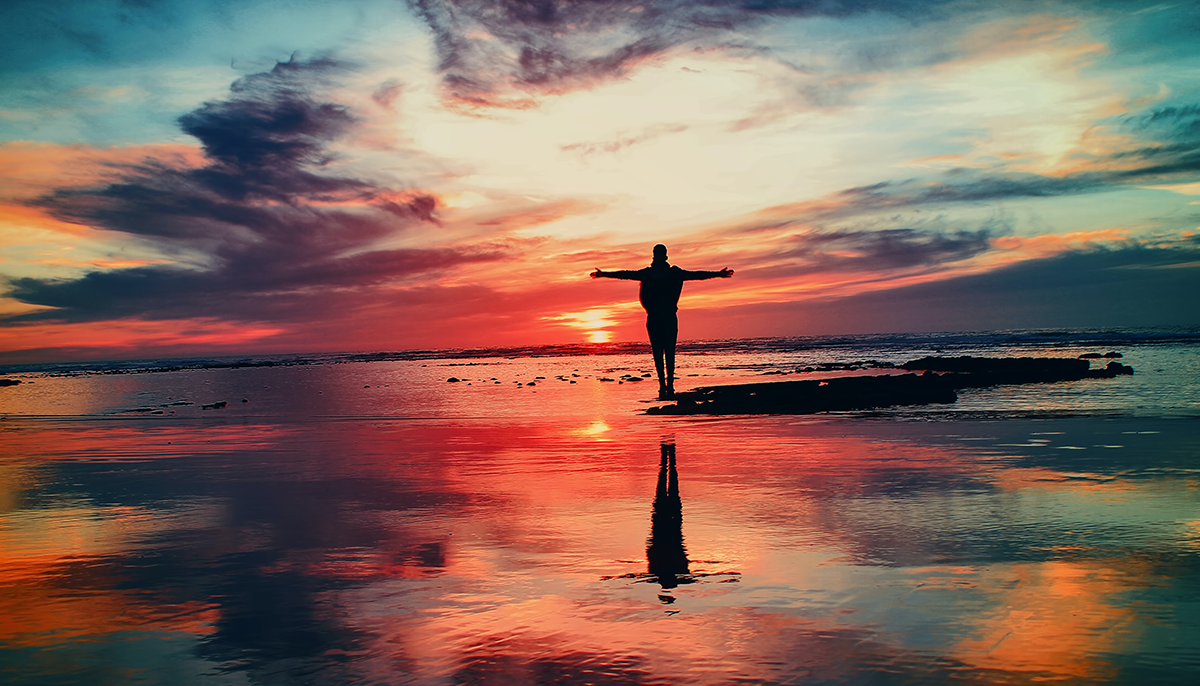 The ultimate habitual pattern is samsara itself—the wheel of habitual cyclic existence that causes all your suffering. The karma that drives the wheel—the three poisons of attachment, aggression, and ignorance—are actually deep-seated habits of mind.

When you finally get tired of unconsciously participating in the daily show of habitual samsaric programming, what can you do to change it? Buddhism teaches three basic ways to cut your ties to samsara, once you have decided this is something you really need and want to do.

One approach is to shut off the world of phenomena and your attachment to it. This is the path of renunciation. It is illustrated by the paintings of skeletons on the walls of temples in Burma or Thailand. They are reminders to Theravada monks and nuns to stay free of desire and attachment arising in their mind. The problem is that this method of cutting individual episodes of attachment one after another could be endless.

Another possibility is to transform how you perceive samsara altogether. Instead of renouncing it, you train to develop strong compassion and insight into the empty nature of samsara.

Another possibility is to transform how you perceive samsara altogether. Instead of renouncing it, you train to develop strong compassion and insight into the empty nature of samsara. By changing your habitually deluded way of perceiving phenomena, you will change how your mind is affected by and responds to negative emotions and confusion. This is the basic approach of Mahayana Buddhism. It is a subtle practice that requires a good deal of patient self-examination and clear awareness of your motivation.

The third method is to allow samsara to manifest and immediately recognize that it is the expression or display of primordial wisdom. This is the approach in the Dzogchen and Mahamudra meditation traditions of Vajrayana Buddhism.

In Dzogchen practice, the most important thing is the recognition of inner space, or emptiness. If you can practice this, then whatever phenomena of samsara arise are dissolved into wisdom mind.

For this to happen, your recognition of mind nature has to be unwavering. If you can achieve this, then anything that arises your mindstream—any emotions, thoughts, likes, dislikes, perceptions of good and bad, and so on—is naturally released without effort.

The problem is that when phenomena arise from confusion and ignorance, they dominate your perception and the result is suffering. However, habitual negative emotions like fear can be naturally liberated by allowing them to dissolve into the inner space of mind. You can do this because the essence of these habitual emotions is actually wisdom.

The key point is to let go of the grasping within the emotion and see its true nature. When habitual emotions arise, you neither suppress nor get caught up in them. You do not get carried away by clinging to self and other. If you just allow the emotion to dissolve, the energy trapped within it is released and blossoms as wisdom.

With continued practice in the true nature of mind, you can develop strong self-knowing awareness so that it naturally alchemizes negative emotions into their essence.  When phenomena arise, they are self-liberated because your ego identity and conceptual mind have finally retired. Then the true nature of mind, which is wisdom, lets them resolve into inner space naturally.

True mind nature does not act, do anything, modify, or function as some subtle antidote to phenomena. It is simply open space and luminosity in union.

In Dzogchen, this is called the “great ease,” in which even the concept of death is a joke, just another phenomenon that is ultimately empty. You have gone through a secret door of sorts: everything that was hidden from you by conceptual mind and ego fixation is revealed. You realize it has been completely accessible and present all the time as your basic nature.

True mind nature does not act, do anything, modify, or function as some subtle antidote to phenomena. It is simply open space and luminosity in union. If you throw colored chalk powder into the air, it has nothing to hold onto or cling to. It naturally falls to the ground. It is not like space does anything. It is simply how space is. The true nature of mind is like that.

There are progressive unfoldings in Dzogchen, as you deepen your experience of wisdom mind and learn to liberate habits without effort. The stage of self-liberation is compared to throwing chalk into space. Liberation upon arising is like making a drawing on water, and liberation beyond benefit and harm is like a thief entering an empty house.

When you reach this last level, everything that arises is seen as friendly and you are completely carefree. You do not need to accept, reject, or change anything. All appearances are realized as pure wisdom phenomena, arising spontaneously as compassionate energy from the unity of absolute and relative truth.

This natural liberation of thoughts and emotions is based on a non-conceptual recognition of inner space. You know that the essence of any afflictive emotion is pure wisdom and that thoughts in themselves are empty. This gives you a deep sense of spacious ease, a carefree feeling. You have confidence that all phenomena can be naturally released by themselves without the necessity of an antidote or remedy. You experience the infinite purity that pervades everything. You do not need to eliminate or abandon anything, since it is already pure in essence.