Buddhadharma Editor Koun Franz on meeting his teacher for the first time in the opening editorial of the January 2022 issue of Lion’s Roar. 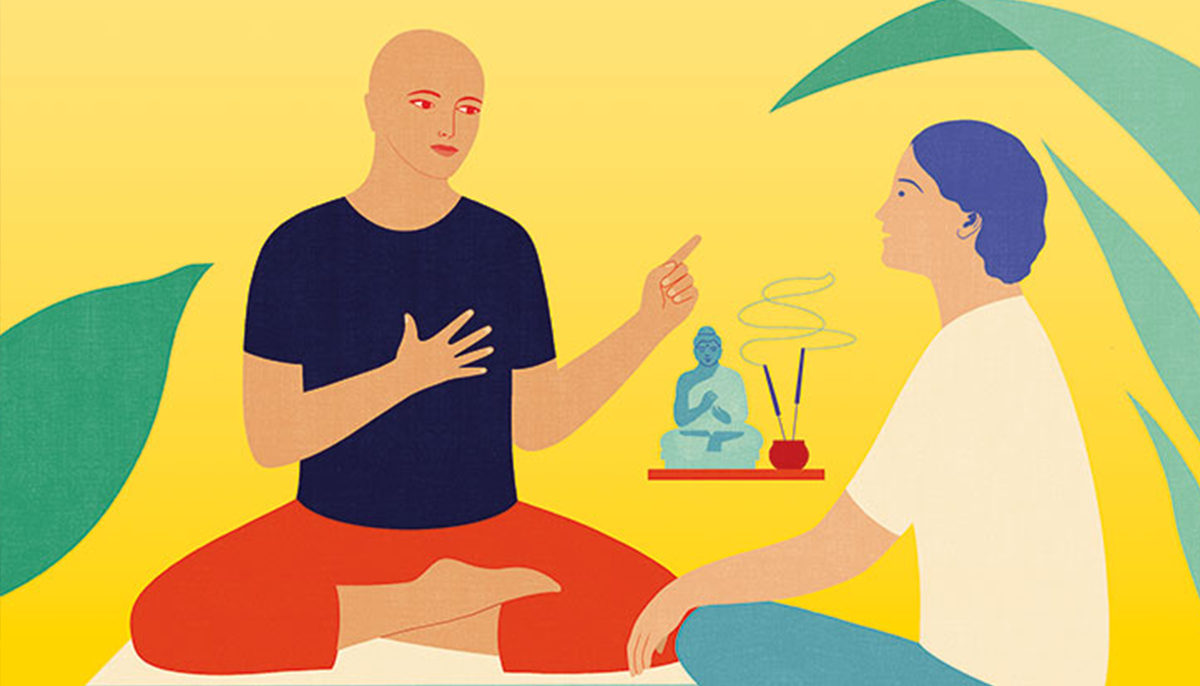 The first time I met my teacher, he was in overalls, a baseball cap on his head, working in his garden. I had just moved with two enormous suitcases to a small village in Japan; I stumbled upon his temple on my second day there. I wasn’t even sure if he was a priest. I asked if I could do zazen there, and he said yes.

The next morning, he greeted me in purple and brocade robes. He spoke less casually, and it was like incense followed him around the room. It was great.

Over the weeks and months that followed, I went there every day. At the end of the first week, the robes got simpler, and after a few more weeks, sometimes he showed up in work clothes. Eventually his wife invited me to start having breakfast with the family, so after zazen and some cleaning of the grounds, I’d find myself sitting with this priest at the family table, eating rice and watching the news. He made jokes with his wife and son. He smoked a lot. In those moments, he was just a guy—he still is.

If he hadn’t greeted me in those fancy robes, would I have stuck around? I’d like to think so, but I don’t know.

What I do know is that if he had never taken them off, I never would have known him, and more importantly, I would have maintained a delusion that this practice makes us special, or holy, or clean. By not seeing behind his curtain, I may have had an excuse not to look behind my own.

When I saw my teacher in those overalls, or in his bathrobe, smoking a cigarette while he paid the bills, that wasn’t the “real” him any more than the shiny-headed priest in purple robes was. He’s both, and he’s more. We all are.

This issue of Lion’s Roar is about Buddhist teachers—both the ones we read about, whose stories hover on the edge of myth, and also the real-life, flesh-and-bone teachers we can meet and practice with today. They’re all people who have gone deep, to a place where few people have gone. Not only that, they’ve offered to show you and me and anyone sincere enough to listen how to go to that same place. They are extraordinary.

Yet at the same time, they aren’t. Teachers of old lost their tempers, went to the bathroom, told jokes that fell flat; teachers of today play with their phones, get ingrown toenails, and sometimes eat way too much ice cream.

Teachers are an inspiration to go deeper, to look further, to be better—not just because they’ve gone somewhere we haven’t gone, but also because their feet have always stood on this ground.

As you read about the teachers in this issue—those from a thousand years ago and those of today—notice which ones push you, or inspire you, or challenge you. Recognize that. And then? Commit. Find the place where you can meet them, study with them, practice alongside them. Just go. Don’t hesitate.