In the January 2021 issue of Lion’s Roar magazine, eight music lovers let us in on the contemporary artists we should know about. Forget the stereotype of the tortured artist, says Steve Silberman. For his choice, David Crosby and Becca Stevens, the Muse is happy. 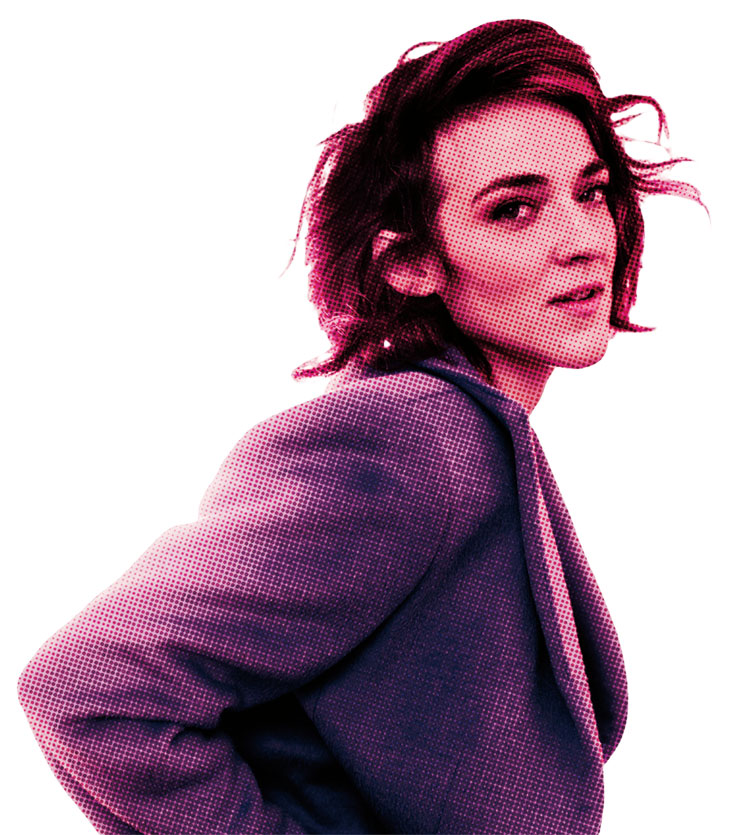 Singer-songwriter Becca Stevens went to New Orleans to join the acclaimed jazz band Snarky Puppy for a recording session. On the day of rehearsal, a couple sat at the back of the venue. They were the most famous people in the room, but they weren’t acting like rock stars.

When Stevens finished rehearsing, she felt a tap on her shoulder. “You’re fucking crazy,” the unmistakable walrus-mustached man said. “We should write a song together.”

The man was David Crosby, who came to the session with his wife after being blown away by Snarky Puppy’s videos on YouTube. As a founding member of The Byrds and Crosby, Stills, Nash, and Young, Crosby had helped reinvent pop music, yet he’d rarely collaborated with other songwriters. “I was flattered, but I thought nothing would come of it,” Stevens recalls.

Instead, a folder of Crosby’s lyrics was waiting for her when she got home. Stevens got a flu that laid her out for a week, and she used that time to write music for the lyric “By the Light of Common Day.” The song subverts widely held romantic notions about the creative process, challenging the view that artists must undergo ordeals to gain access to the Muse. Young artists in particular are prone to believing, as Crosby puts it, that “craziness and pain / The spreading of the stain is / Exactly where you gain the spark to make it / As if being happy isn’t quite enough.”

Crosby has had his share of craziness and pain, some of it self-inflicted, including an addiction to drugs that landed him in prison. From the perspective of three decades of recovery, however, “things look different.” Now, he realizes, “The spark is there all the time.” Through the diligent practice of your craft, “Some great lifting force of light / Will come to balance fearful night / And raise its voice and then raise yours.”

Meditators just starting out on the path often have similar notions about enlightenment. If they push themselves hard enough on the cushion, they believe, they may prove worthy of a flash of insight that will redeem their whole lives. But seasoned teachers stress the value of consistency—of showing up to sit every day, not judging a particular meditation session as “good” or “bad,” and not doing it to attain some exalted state.

“Becca gets up every day to do the work of being an artist,” Crosby told me recently. “You know that old footage of Bob Dylan sitting down in front of a typewriter to write five songs? That’s Becca.”

Ultimately, their song appeared on both Crosby’s album Lighthouse and Stevens’s Regina, and they went on to make more music together in a burst of collaborative creativity that would be hailed as the renaissance of a major artist.

“David is happier, healthier, and more prolific than ever,” Stevens says. “With wisdom, age, and sobriety, you realize that you don’t have to make things tortured to make good art. You can come to life in a simpler way.”